McMaster Offers Up Apology To Brits Over False Spying Allegations 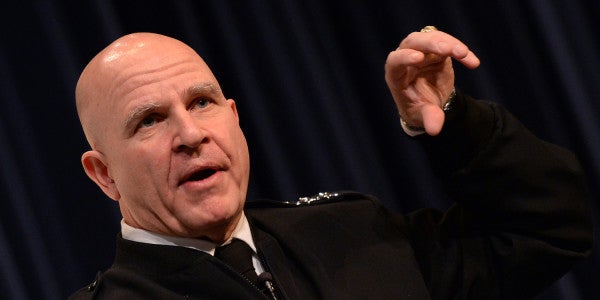 Two days later, the administration sent McMaster to patch over relations with a key American ally after White House Press Secretary Sean Spicer made sensational claims about that ally’s alleged efforts to wiretap Trump, according to multiple news reports.

Terrible! Just found out that Obama had my "wires tapped" in Trump Tower just before the victory. Nothing found. This is McCarthyism!

Earlier this month, Trump claimed on Twitter that his predecessor, President Barack Obama, had wiretapped his campaign headquarters in Trump Tower. In the weeks since that claim, multiple intelligence officials and congressional leaders of intelligence committees on both sides of the aisle have stated that no evidence exists to back up that claim.

The move was immediately criticized. Susan Rice, who held McMaster’s job in the Obama administration, said on Twitter that Spicer’s conduct could be quite costly to U.S.-Britain relations.

The cost of falsely blaming our closest ally for something this consequential cannot be overstated. And from the PODIUM. https://t.co/lJ1Q1GR3lB

Britain’s intelligence agency, GCHQ, called the claims “nonsense” and “utterly ridiculous,” saying “they should be ignored.”

And so today, McMaster stepped in and phoned his counterpart in London, British national security advisor Mark Lyall Grant, to smooth things over.

A source in the White House characterized the call as “cordial,” according to CNN, and stated that McMaster assured Lyall Grant that Spicer’s claim was “unintentional.”

“Mr. Spicer and Gen. McMaster explained that Mr. Spicer was simply pointing to public reports, not endorsing any specific story,” one official said.

McMaster also stated that “their concerns were understood and heard and it would be relayed to the White House,” CNN’s source in the White House said.

The British ambassador to the United States, Kim Darroch, also called Spicer to express concern over his remarks. Spicer attempted to clarify his remarks, but did not apologize, an unnamed senior White House official told the New York Times.

“He didn’t apologize, no way, no how,” the official said.