These Vietnam Vets Are Sick And Blame Agent Orange, But VA Won’t Pay 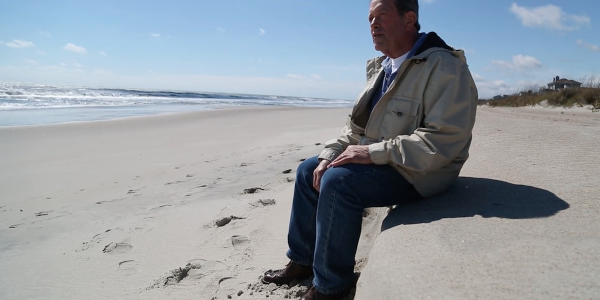 Sam Genco, at age 19, narrowly survived one of the United States’ worst military aircraft carrier fires. Today, 50 years later, it’s that ship’s drinking water he says could be killing him.

Genco was diagnosed last year at a North Carolina veterans’ clinic with ischemic heart disease — a common condition the federal government says is linked to Agent Orange exposure. He suffers from severely blocked arteries, cutting off the normal flow of oxygen and blood to the heart.

But the 69-year-old can’t access veterans’ disability benefits tied to exposure to the herbicide Agent Orange.

If the federal government approved his claim, his monthly veteran’s benefit check would jump from about $1,400 to more than $3,000. Full disability benefits also have tax advantages and would improve his wife’s health care coverage. Despite no acknowledgment from the government that he was exposed to Agent Orange, Genco does get free medical treatment, like other veterans, at veterans’ clinics.

His bid for financial help is caught in a bureaucratic maze and a struggle involving widespread disagreement among experts about why he’s sick.

Genco, who lives in Pine Knoll Shores, N.C., is one of an estimated 90,000 affected “blue water Navy Vietnam veterans,” named for the open seas and harbors where they served.

Federally funded research by the Institute of Medicine — now the National Academy of Medicine — concludes the sailors were possibly exposed to Agent Orange via their ships’ drinking water or from winds blowing the chemical out to sea.

The 2011 study, the most recent assessment, says the blue water controversy can’t be solved with science because the military didn’t track Agent Orange’s drift and presence in the water during the war.

The Department of Veterans Affairs wants more evidence before it will award the sailors benefits — even if their health problems mirror conditions known to have been caused by Agent Orange. Under pressure from veterans, the department has made some exceptions for blue-water sailors who have non-Hodgkin lymphoma or who temporarily were on land in Vietnam or whose ships docked close to shore.

VA Secretary David Shulkin told McClatchy in a statement the department will continue its review of the blue-water sailors topic and “will be guided by the relevant science in determining any recommendations concerning this important issue.”

At first, Genco said, he was in disbelief that Agent Orange had caused his heart disease.

He’d heard only about the cancer-causing chemical dioxin in Agent Orange effectively poisoning the soldiers who had fought on land in Vietnam. He knew about the Air Force pilots and mechanics assigned to planes that extensively sprayed the herbicide on dense jungles, crops and forests in the region.

The U.S. military used Agent Orange during Operation Ranch Hand from 1962 to 1971 to eliminate heavily forested areas where enemy combatants may be hiding and to wipe out food sources for the Viet Cong army. Some children and grandchildren of both the U.S. veterans and the people of Vietnam have well-documented birth defects associated with Agent Orange exposure.

Like the blue-water sailors now, other service veterans have wound their way through the VA system and fought for Agent Orange benefits even after initially being denied and told there wasn’t evidence of exposure. In 2015, the VA relented for a small group of Air Force reservists who flew C-123 planes that had been used to spray Agent Orange.

VA officials told McClatchy they don’t know how many blue-water sailors have applied for or been denied Agent Orange-related disability benefits. Since 2010, the VA has added more than 300 Navy and Coast Guard vessels to expand the pool of eligible sailors. Veterans are eligible if there’s documentation that their ships docked close to shore or traveled in inland waterways.

The U.S. House Veterans’ Affairs Committee has scheduled a hearing April 5 on the latest version of legislation that would provide blue-water sailors with Agent Orange benefits.

Meanwhile, the veterans are waiting for their day in court with a lawsuit pending against the government. Oral arguments in the case brought by the Blue Water Navy Vietnam Veterans Association are expected to start in federal court in May.

For now, the claims are handled case by case.

After being diagnosed with ischemic heart disease, Genco applied last year for 100 percent disability with the VA. His VA medical evaluations list Agent Orange factors and he has no family history of heart problems.

The VA hasn’t denied Genco’s claim but it’s unlikely he’ll be approved, because so far he hasn’t pointed to direct exposure to Agent Orange — except through the drinking-water research the VA has already knocked down.

Some members of Congress are renewing their calls for the VA to fix what they see as unfair treatment.

“I’m just waiting to die. … I don’t think they’ll ever do anything.”

A bill that would grant the sailors presumptive benefits has 226 co-sponsors from both parties in the U.S. House of Representatives, including four from North Carolina: Reps. Walter Jones, David Rouzer and Richard Hudson — all Republicans — and Democrat Alma Adams.

In the U.S. Senate, there are 35 signatures on the bill. North Carolina’s Sens. Richard Burr and Thom Tillis, both Republicans, aren’t co-sponsors.

Attorney John Wells, himself a veteran and retired Navy commander who served for 22 years, has been on the case for more than a decade. He has a meeting scheduled April 21 with Shulkin, the first medical doctor to ever lead the Cabinet department.

“He could (extend the benefits) with the stroke of a pen,” Wells told McClatchy.

Even if Congress or the VA acts, it could take up to two years for blue-water sailors to start seeing Agent Orange benefits, due to the length of time it takes a federal department to form a regulation and get various levels of approval.

For Lee, who has been weaving his way through the VA system for several years, it’s hard to be hopeful.

“I’m just waiting to die,” he said. “I don’t think they’ll ever do anything.”