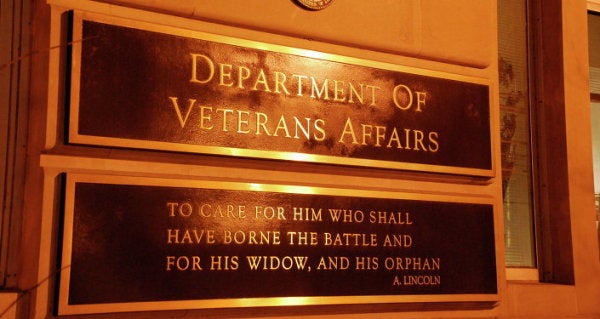 Concerned Veterans for America recently launched a campaign called “My VA Story” asking for veteran stories about Veterans Administration hospitals. Great, you say, because the VA needs feedback. I agree. Stories of veteran experiences — if used properly — could benefit the community in countless ways.

The key is “if used properly,” and that is where I am not so sure about the CVA project.

I am a data nerd with a degree in statistics and engineering. I like numbers and evidence and decisions driven through analysis, because scientific data tends to result in a higher probability of success when making operational changes. I designed my own veteran reviews website with this in mind; I am always suspicious of fishy data methods and I hate fishy data. And after doing some homework on CVA, this project definitely smelled fishy.

Under IRS regulations, CVA, which files taxes under the name “Vets for Economic Freedom Trust,” is a 501(c)(4), which means they are a not-for-profit, but with a political mission. Such organizations have fewer reporting requirements than traditional non-profits, which allows them to shield donor lists, among other things. This overt lack of transparency, combined with significant contributions to the organization directly and indirectly from partisan and anti-VA elements such as the Koch Brothers and their network, casts a shadow on the open nature of this or any project of CVA’s from the beginning. Any study they conduct might have a political bias; that alone degrades the usefulness of sharing experiences with this platform.

And this isn’t CVA’s first initiative to collect stories and information. For instance, they launched the CVA Accountability Project, which followed the bipartisan 2014 law examining aspects of the VA such as hiring and termination of employees and other initiatives. CVA supported the congressional act working through Congress, but created its own project to go further with a petition decrying any additional funding to the VA until certain (but vague) criteria could be met. The petition itself does not call for anything in particular, no details of how or what changes must be made to fund the VA. In fact, very little data in the form of empirical evidence can be found on their site at all, which triggers a red flag for their use of anything they collect.

The case studies on CVA’s website follow the same pattern: mostly anecdotal commentary on different aspects of why the VA should no longer be funded. While a case study by definition only examines a very narrow perspective, the data they give are significantly lacking. In fact, much of the information consists of little more than opinions and some official talking points already in agreement with the CVA position. The anecdotal research fails to adequately provide enough information to make a decision proving or disproving any of the cases presented.

Since none of this sounds super transparent nor very impartial to me, and I got a weird feeling about contributing my information to their project. Fishy data is one thing; no data is another. Biased, subjective information masquerading as data is definitely not something of which I want any part.

Now, it is fair to say that the My Story project is not being conducted for data and analysis. CVA Communications Director Rebecca Coffman told me, “The purpose of this project is to give veterans a platform to share their unfiltered experiences with the VA.” There is no end game stated, other than to provide an outlet for these veterans and, as she also confirmed, to push for reforms. Coffman also assured me that positive and negative stories may be shared within the project.

However, the FAQs on the website states, “Behind the scenes, we’ll be aggregating all of the stories, identifying broad themes, and using it to inform the types of reforms we’re pushing for here in Washington.”

That implies the stories they are after, much like their earlier case studies and vague petition, have much more to do with the political ends of CVA. They may not be used in the way which the writer intended when simply sharing their story on the site or social media. Without quantitative data overtly collected, there’s no way to know how the stories were broken down, parsed out, or otherwise manipulated in order to fit the reforms metrics CVA and their supporters propose. Obviously, the goals here go well beyond “a platform for sharing.”

I don’t know about you, but this is not how I want my stories, good or bad, used. I want the good ones to help others to find the same assets, and the bad to encourage the VA to change internally. I want to see if others are having my experiences, and if they are I want VA to have numerical evidence to support proposed improvements and services based on these experiences.

CVA only requests name, zip code, branch (not all of them, though; perhaps the Coast Guard doesn’t count), and your story. There is nothing to even compare, nothing quantitative to analyze, and nothing to ensure impartial interpretation. This is not data that can be used for research, though to be fair it is not presented as such.

Instead, it’s the anecdotes they are after to fill in another “case study.” They ask questions one asks when one already thinks the answer is known, driving for soundbites to be used later.

The VA does need accountability. But CVA’s methods make me wonder how any information I submit will be used. Despite Coffman’s assurances, I am concerned that my story will not be properly told. If I say something positive about a new doctor, will that be omitted unless I also say how the only reason I saw this doctor was because I filed a complaint against another doctor? How will other veterans see this information? How will VA change their policies if CVA cherry-picks the details, and my story is construed in a way which I did not intend for a policy I do not necessarily support?

Political ends should not be reached on the backs of only select stories of veterans and their families. Groups like CVA have a political intent that may or may not be in our best interest. Meanwhile, we veterans have a world of information in our heads, and we could do a lot for each other with unfiltered sharing and proper analysis.

Your stories are not ones simply for picking and choosing, but can provide evidence to make a bigger difference.

We don’t just need veteran outrage or veteran stories, as CVA proposes, but we need to get the data to support real change in the community. They think we just want a place to tell these stories. We are veterans and families; we don’t just want to say something, we want something done about what we have to say. The way to do that is through scientific data collection and analysis.

CVA is right that veterans’ stories need to be shared and things need to change, that we need transparency from the VA. But let’s do it right. We need to stop supporting organizations that aren’t everything they claim with our money, our energy, and our precious information. Please share your stories, but share them in a way that we can influence each other and our communities. It’s your information and your experience. Don’t waste it on a fishing expedition.