Editor’s Note: This article written by Luke Rosiak was originally published on The Daily Caller, a 24-hour news publication providing its... 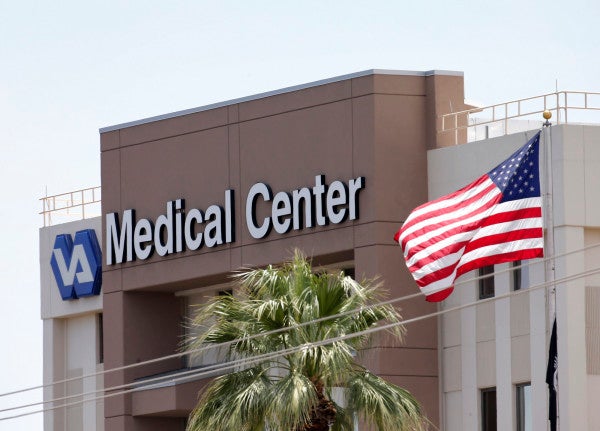 Despite a long-running government-wide push to hire veterans, only 13% of the top officials managing Department of Veterans Affairs healthcare system medical facilities are veterans and only two of those facilities are run by doctors who served in the military, according to an analysis by The Daily Caller News Foundation.

Viewing the 13% figure, it’s almost as if the VA wants to ensure that if veterans do work for the agency, they don’t have the power to make changes.

Retired Navy Seal officer Gilberto Serrano, for example, told TheDCNF he applied for “at least 20” jobs at the VA. He has two master’s degrees, a background in finance at major corporations, and spent three years volunteering doing financial analyses for the Puerto Rico VA.

But the VA turned him down for an assistant director job and every other full-time job down to the clerk level.

“When I would apply for something as simple as clerk, they would say I didn’t qualify, without saying why,” Serrano told TheDCNF.

When they do occasionally come under pressure to boost their veterans hiring numbers, VA’s highly paid administrators sometimes only hired returning heroes for menial jobs like cleaning toilets.

Meanwhile, the VA has hired thousands more administrators, including some whose jobs are allegedly to find out what veterans want by conducting surveys and planning “listening meetings.” Such meetings and surveys wouldn’t be needed if the VA hired more veterans in more decision-making roles.

It’s not as if veterans lack skills needed within VA. The U.S. military trains legions of men and women in managing large institutions, public health and medicine.

“You have so many talented veterans working these low positions, people who have leadership skills in the military and they’re not given a chance,” Serrano said.

It’s also not as if there aren’t many important but unfilled VA jobs. Constant turmoil and elevated turnover rates have opened numerous high-profile jobs in which qualified veterans could confront VA’s many problems. A steady 16% of the 300 positions are held by “acting” individuals.

Over and over, TheDCNF heard veterans say they want the chance to fix the VA by taking the reins, noting that officials could then blame them if they failed. But they also believe that career administrators fear an influx of veterans in top jobs would end the careers of VA’s many apathetic and low-performing employees and managers, cutting them off from their federal civil service salaries.

VA spokesman Walinda West, who is not a veteran, pointed to a possible lack of competency among veterans to explain their scarcity in top jobs. “Not all veterans would qualify for every position,” she told TheDCNF.

But TheDCNF analysis made clear that few of VA’s current bosses are irreplaceable. Only six directors and three associate directors are medical doctors. Associate and assistant directors commonly have master’s degrees in public health, public administration or business, but their degrees were often obtained after the employee had been with the VA for many years.

The associate director of the West Texas VA Health Care System, Manuel M. Davila, for example, never attended classes in a brick and mortar college, instead receiving his degrees from an online institution.

Given that military officers often retire from service in their 40s, it seems unusual that the VA is unable to find veteran job candidates with sufficient qualifications, or to re-evaluate its requirements to reach better-performing candidates.

The idea that veterans are less qualified than the VA’s current career bureaucrats is “a slap in the face to the millions of dollars the U.S. spends on training” its military to be an elite force, Serrano said.

And it leaves sick and disabled veterans in the hands of people less able to empathize with them. The VA “could really benefit from the knowledge and understanding of veterans. When you’re trying to help fellow vets and what they’re going through, no one’s going to understand that more than them,” Serrano said.

The Puerto Rico VA, after routinely turning away vets for individual jobs as they opened up, made a show of upping its stats by hiring 50 vets in one day — all of them at the GS-4 level, near the bottom of the federal employment scale that ranges up to GS-15.

Even Ph.D.s were among those veterans given bottom-of-the-barrel jobs, which they accepted due to Puerto Rico’s imploding economy, said Serrano, who is now a doctoral candidate. Once they accepted the low-level jobs, the newly hired veterans were prevented by federal personnel rules from applying for higher positions for a time. The Puerto Rico VA did not respond to TheDCNF’s request for comment.

One of the only two doctor-veterans holding the top job at a VA hospital is Adam M. Robinson Jr., who recently became director of the VA Maryland Health Care System. His office said West, the headquarters spokeswoman, barred Robinson from sharing with TheDCNF how his military background helped him do his job effectively.

The other doctor-veteran-director is David Walker of Jackson, Mississippi. He trained at the Uniformed Services University of the Health Sciences, illustrating how the military itself trains doctors, of which the VA has a shortage.

Chicago’s Captain James A. Lovell Federal Health Care Center, a partnership between the Department of Defense and the VA, provides a case study in the military’s expertise in running hospitals. Of its top 15 people, all but five are doctors, and 13 are in the military. One of the two non-vets came from the VA.

In response to a Freedom of Information Act request in July 2015, the VA said its own data showed that 15.5% of the top three administrators at its hospitals were veterans. This figure is similar to TheDCNF’s numbers, but takes credit for the jointly operated Chicago hospital.

Even though top VA leaders often claim hiring veterans is a priority for them, the department was unable to say how many vets it presently employs in high, mid and low-level jobs. TheDCNF asked for those numbers in December.

An undated American Federation of Government Employees union document produced during the Bush administration said “oughly 58% of all blue collar employees at the VA have veterans’ preference status” and do jobs such as “housekeeping, laundry, plant operations, grounds maintenance and food services.”

The union which represents the majority of VA workers said it did not have updated numbers. But given that one-third of employees overall at the VA are vets, blue-collar jobs have a far higher portion of vets than white-collar ones.

The Office of Personnel Management systematically tracks ethnicity in the civil service, breaking it down by every level and job type within each agency and publishing stats every quarter. But the only data OPM has published recently on veterans is a 2014 document with little detail. OPM did not respond when asked for more extensive data on veterans in the civil service workforce.

It had only government-wide figures showing that 14% of veterans working in government were in blue-collar jobs, compared to 8% of civilian government employees. Vets are also under-represented in high-grade GS jobs across the government.

All VA employees who have engaged in high-profile instances of manipulation, incompetence and theft have been non-veterans. By contrast, many of the whistleblowers who have been fired from the VA, seemingly out of retaliation, have been veterans.

Content created by The Daily Caller News Foundation is available without charge to any eligible news publisher that can provide a large audience. For licensing opportunities of our original content, please contact licensing@dailycallernewsfoundation.org.