We took Fallujah. We know more than a decade of war. Why then do so many articles bemoan the challenges... 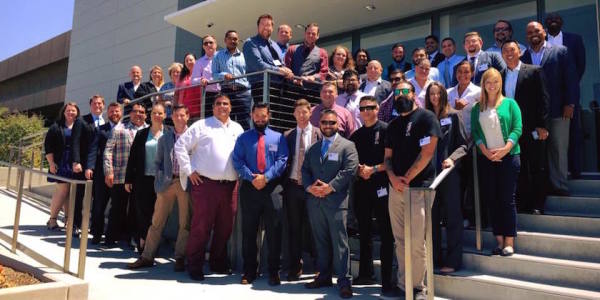 We took Fallujah. We know more than a decade of war. Why then do so many articles bemoan the challenges veterans face attending college? Veterans are completing tougher degrees with higher grades at better colleges than many might guess.

Sure, we have all heard stories where veterans were victimized by their school or were misled, but a handful of stories does not a narrative make. It merely perpetuates misconceptions about student veterans in higher education.

Those of us who served after September 11, 2001, and used the GI Bill to attend a postsecondary institution know the importance of data, and we have seen firsthand the successes of our fellow student veterans. We are the best cohort of current and future achievers in higher education despite any challenge placed before us.

1. We're more likely to graduate than our peers.

You read that right. We're much more likely to persist through higher education and earn a degree compared to our peers — who aren't 18- to 22-year-old recent high school graduates, by the way. We and our peers are non-traditional students. We have children, some of us work part-time, and we have more obligations than the typical college freshmen. The national success rate for non-traditional students is 50%, while for student veterans using the GI Bill it's 72%. In fact, we've earned more than 450,000 degrees and certificates since 2009 using the Post-9/11 GI Bill and we're projected to earn 100,000 more each year for the foreseeable future.

2. We have a higher GPA than the national average.

What's the most common way colleges measure your academic success as a student? It's probably the grade point average. Postsecondary students earn a respectable 3.11 GPA nationally. Student veterans maintain an average GPA of 3.35. That's some major cramming before finals. It also dispels the misconception you may have heard that we don't perform well academically in college. We do.

If you had to guess the most popular major we pursue what would it be? Criminal justice? Psychology? Those are popular majors for the general population but not us. The most popular degrees we pursue are in business, management, and marketing. We have a high propensity to pursue academically-rigorous degrees in science, technology, engineering, and math — what's usually called STEM. Since 2009, we've earned more than 51,000 STEM degrees using the Post-9/11 GI Bill. We're seeking ways to continue serving our country as the future business leaders, IT engineers, research scientists, and doctors of America.

4. We love to attend nonprofit and public schools.

Public schools like Arizona State University and not-for-profit private schools like George Washington University enroll 73% of student veterans using the Post-9/11 GI Bill. So while it's important to have a conversation around how for-profit schools treat veterans, it's critical to consider how public and nonprofit schools can improve outcomes (i.e., paid internships, career opportunities, etc.) for the vast majority who attend their institutions.

If what I listed above sounds too good to be true, then I encourage you to review the research we conduct at Student Veterans of America about today's student veteran. No organization is better placed to affect change in higher education on their behalf than SVA.

If you remember one thing let it be this: we are the rightful heirs to the millions of veterans who used the GI Bill after World War II and created a vibrant economy for America. We maintain a high GPA, pursue academically-rigorous degrees, prefer public and private schools to for-profit schools, and are more likely to graduate than our peers. We are today's scholars and tomorrow's leaders.