–Air Force personnel at a ICBM base in Wyoming amused themselves by taking LSD whilst not on duty with the... 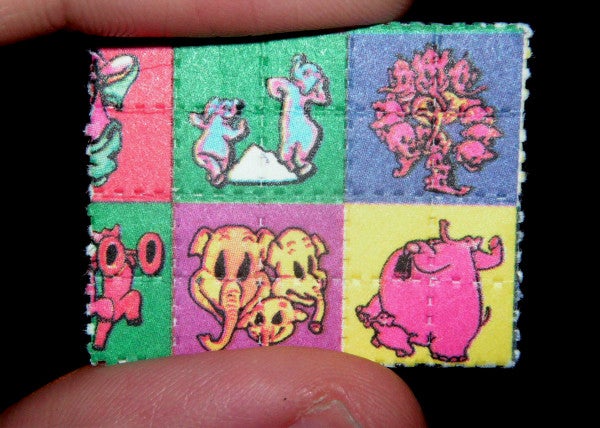 –Air Force personnel at a ICBM base in Wyoming amused themselves by taking LSD whilst not on duty with the apocalyptic weaponry. Lt. Col. Owsley Stanley is reported to be looking into the incident. (OK, that last sentence is an obscure Grateful Dead joke.) Which raises some questions: What drugs go best with what weapons? Americans tend to prefer a cocktail of alcohol and firearms, but there are many other possibilities. We know the Air Force pairs “go pills” (amphetamines) with piloting warplanes. Apparently LSD goes well with thermonuclear weaponry. Makes a kind of sense.

–The skipper of the destroyer USS Hopper was removed on that fraternization thing.

–The commander of the Navy’s Helicopter Sea Combat Squadron 22 was thrown overboard after confidence was lost.

–The Marines gave the heave-ho to the commander of the Light Armored Recon Battalion at 29 Palms, and threw in his senior NCO for good measure. More confidence was lost.

–Tom’s question: How come no one ever says they are stepping down voluntarily so can they spend more time with their “smoking hot lover”? Why does “family” always have to carry the hod?

–Retired Air Force Col. Timothy Milbrath, who was a military aide in the White House for three presidents, was charged with a lot of fraud in connection with a building program in the New Orleans area that involved immigrant visas.

–The head of the Coast Guard Academy’s management department was removed from that post for bullying a subordinate.

–An idiot at Canada’s officer training academy masturbated on a Koran and had another officer candidate record the vile act.

–Meanwhile, the U.S. Army still thinks it serves the public best by not disclosing reliefs of senior field grade officers.