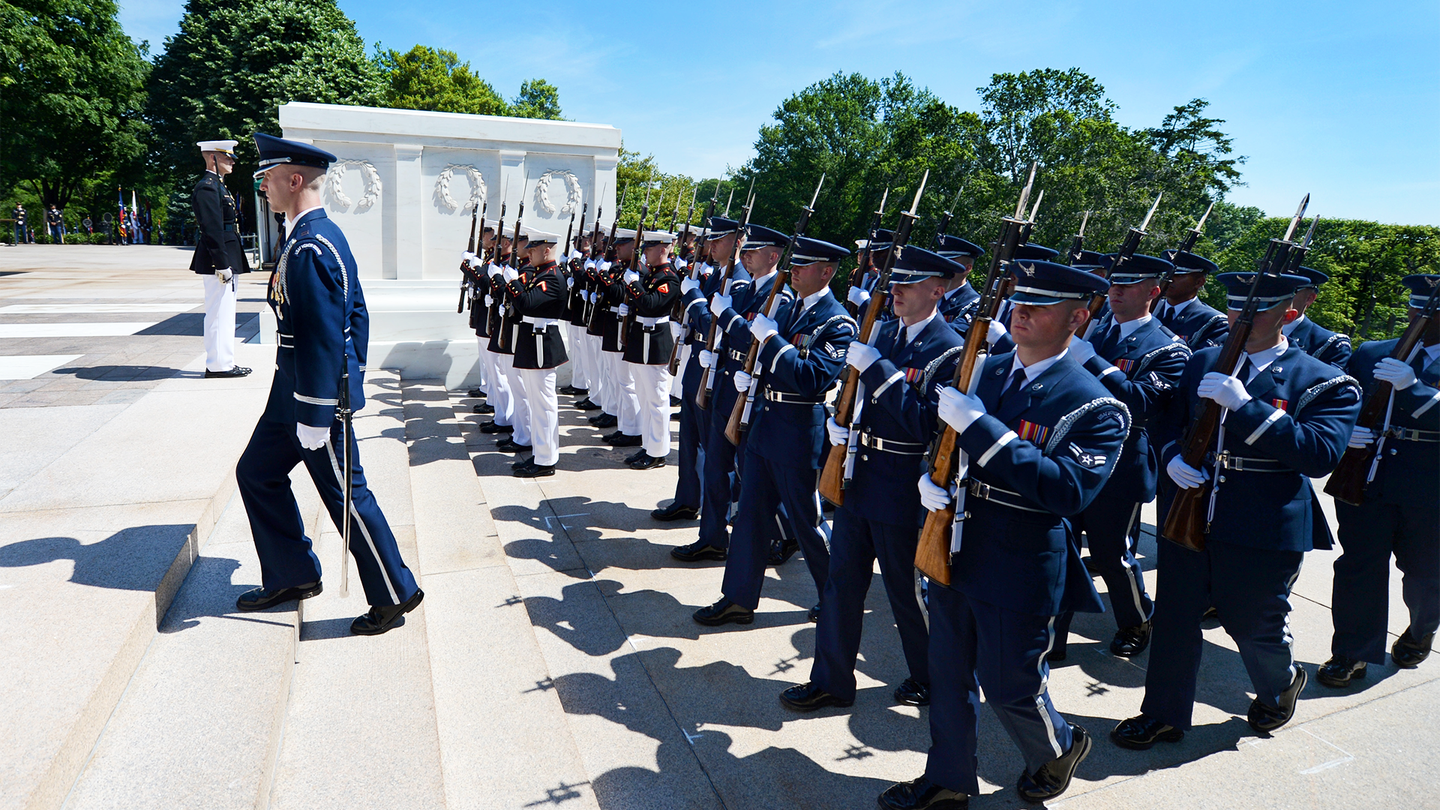 The Air Force Honor Guard marches to the Tomb of the Unknowns at Arlington National Cemetery, Va., May 26, 2014. (EJ Hersom/Department of Defense).
SHARE

Memorial Day. In America, it marks the first weekend of summer, and is frequently accompanied by such patriotic traditions as cookouts, trips to the beach, and sales on linens and housewares.

Lately, it’s also accompanied by social media scolding about remembering why there’s a Memorial Day. Numerous posts on Facebook, Twitter, Instagram, and the like show pictures of Arlington National Cemetery or something similar, along with pithy sayings like, “In case you thought it was national barbecue day.”

As a whole, many veterans want the people to take Memorial Day more seriously. Many, if not most, veterans know friends and fellow service members who paid the ultimate price. It’s natural that many get a little annoyed when most of the civilian population seems to just take the holiday as a chance to go to the beach.

It’s something of an unfair criticism when you think about it. We can’t look inside anyone else’s head. Perhaps that person took a moment to reflect on military sacrifice before going out. Who knows? In any case, do we expect people to spend Memorial Day quietly sobbing to themselves?

The best way to think of Memorial Day is not as a national military funeral, but as a national wake. We’ve already shed our tears for fallen comrades. There’s nothing wrong with shedding a few more, especially for the recently departed, but a better way to cherish their memories is to spend a moment reflecting on all the good things their sacrifices enabled the rest of us to enjoy.

Going out and enjoying your freedoms as an American on Memorial Day is the right thing to do. Just take the time to honor the sacrifices that made it possible. Whether you do this by raising bottles of brew with your guests this weekend in a toast to the fallen, or by taking a moment during your family’s prayer of “grace” before dinner, it doesn’t matter. If one new person at your gathering takes that sentiment onboard, it’s a far greater tribute to the fallen than a thousand guilt-inducing Facebook posts.

Mourning has its place. I know a lot of comrades who I wish were still here with us. When I think about the fact that they’re gone, and even more, when I think about their families left behind, sometimes I can’t help but tear up a bit. More important than that though, is thinking about what their sacrifices have bought for us, being thankful for that, and celebrating it.

We can hold onto some sadness for those who made the ultimate sacrifice. But, just as importantly, we need to celebrate the fact that as Americans we have something worthy of that level of sacrifice, and that we’ve had thousands of service members who’ve been willing to make it. Don’t be ashamed to have a good time this Memorial Day — that’s part of the gift that’s been bestowed to you. To reject the gift is to belittle the sacrifice that was made. Just take the time to say “thanks” aloud with your family and friends. That’s a pretty good memorial right there, and hopefully, the fallen can hear it.