We asked what Memorial Day meant to you. Here's what you told us. 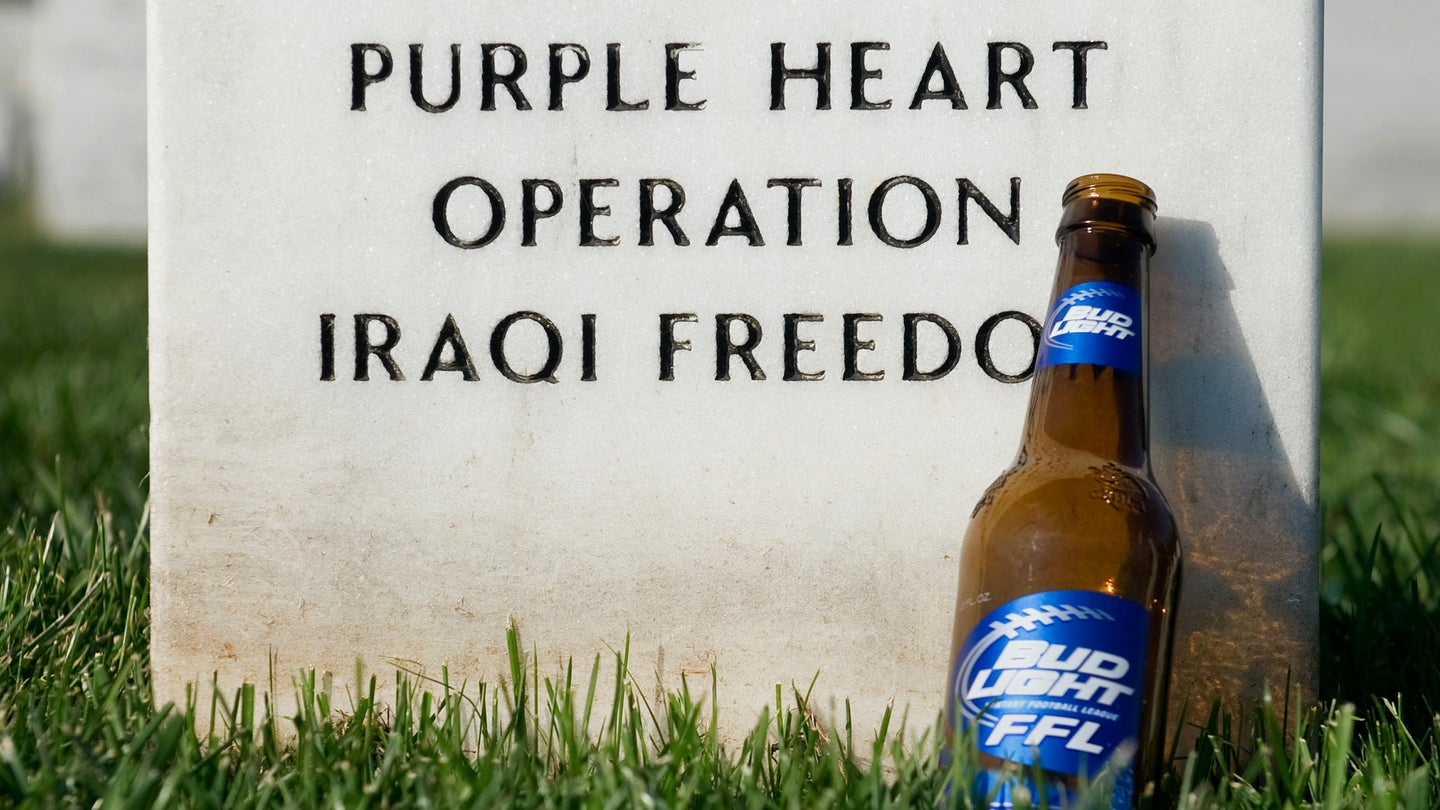 In a few days families and friends around the country will gather to enjoy time together over the long weekend. Community pools will open, grills will be turned on, beers will be served.

And U.S. service members, their friends, and their families will mourn those they have lost.

Many people think of Memorial Day as a somber day of remembrance, a chance to visit graves of fallen brothers and sisters and reminisce on time spent with them that was all too fleeting. But the day has become increasingly commercialized, marking blow-out sales of everything from furniture to skincare products, sneakers, and bedsheets.

It’s difficult to square those two experiences. What does a discounted llama table lamp have to do with the searing loss of a best friend, a spouse, a parent? Retired Army officer Mike Jason wrote in the Washington Post in 2014 that when his losses were fresh, the “happy Memorial Day” well-wishes and Memorial Day sales hurt that much more.

“I took offense at every pop-culture event that did not honor my friends,” he wrote. But as the years passed, the “moral indignation” he felt began to fade.

“For all the debate on the meaning of the weekend, no feeling can compare with the emotions of those who will pause to remember loved ones: the fathers, mothers, husbands, wives and children they will never see and hold again,” Jason wrote.

The fact of the matter is, there’s no right or wrong way to feel on Memorial Day. But still, we wanted to know how our readers felt about the holiday. What does Memorial Day mean to you?

One retired Air Force technical sergeant said the day is meant time to “pay our respects to those who gave” the ultimate sacrifice, and thanked those who serve currently and those who served in years past.

“Memorial Day is also for the family members’ spouses, children, mothers, fathers, brothers, sisters etc,” he said. “To remember their loved ones they lost.”

Another said on Facebook that Memorial Day is a “day to think back to the smiles, laughs, long nights spent with those you simply can’t anymore.”

For one Army veteran, the day reminds him of a touching moment he shared with a woman over 30 years ago, whose son was killed during World War II. The former soldier said he was serving with the 3rd U.S. Infantry, known as “The Old Guard,” in Virginia in 1988 when he was put on extra duty for an “unsecured” wall locker. “The Army really hates that,” he told Task & Purpose.

It was the Saturday before Memorial Day and he’d been tasked with two other soldiers to walk through Arlington National Cemetery, straightening flags on graves and replacing any missing or damaged flags. He was doing just that when an elderly woman approached him and asked for his help.

He said she walked him to the grave of her son who was killed in World War II. She said she wanted to take the flag on her son’s grave home with her, but didn’t want to leave him without a flag at all. Would he replace the one she took? She asked him. Then he pulled the existing flag from the grave, gave it to her, and replaced it with a brand new one.

“It was then that I noticed the tears rolling down this sweet lady’s face as she clutched her son’s flag to her chest,” he recalled. “She probably thanked me 20 times before we parted. She told me that she lived several hours away and while she tried to visit her son every Memorial Day, she had almost skipped this year because she wasn’t feeling great. I told her that it was my absolute honor and thanked her for her tremendous sacrifice. It was really all I could do to hold back my own floodgate of tears.”

For Army Sgt. 1st Class Michael Barin, Memorial Day will always carry particularly difficult memories. On Memorial Day 2007, he lost one of his closest friends in his company in Iraq.

“Every year I relive 28 May 2007, because I don’t want to forget,” he tweeted in 2020. “Every time I think back, I still vividly remember everything: The summer heat cooking me as I sat perched on a roof, the smells of melting tar, garbage, & shit. I hear doors being kicked in, walls being jumped, helicopters above, the radio playing updates of locations and squads. I see the neighborhoods, 5 stories up above it all, watching organized chaos below.

“Then the ground shaking, the explosion erupted out, windows explode everywhere, smoke and debris rocket into the air; even though I’m high up I’m hit with debris, I catch a face full of smoke. I hear the confusion below, as I snap back to reality. I hear battle roster numbers over the radio, I don’t know who, but I know we lost people. My heart sinks when I find out it was you, my anger possessing me & I can’t process it all.”

Associated Press reporter and Marine Corps veteran James LaPorta said Memorial Day is “still a day of mourning for me, even after all these years because my war isn’t over.”

“I think about what they lost,” he said. “Wedding anniversaries and birthday parties. Their child’s first steps and the warmth of a spouse under a cool set of sheets. I hope as more time passes, the day for me becomes a celebration more focused on how they lived their life than on the how and why they died.”

Army veteran Joseph Hall echoed that sentiment, saying that while he hears veterans sometimes complain that “Memorial Day isn’t held sacred by most people” and is “just a long weekend of barbecue and bikinis and beer,” he believes the day and those who have been lost are best honored in that way: remembering them “as they were in life.”

“The day will have a few rough spots,” Hall said. “We will all get emotional at some point.

“But then a brother (or sister) will call or just lean over from their lawn chair to ours and start a story we’ve all told too many times that starts with, ‘Remember that time in Ramadi/COP Najil/Anaconda/Dirty Tampa/Long Bihn…’ and we will laugh our asses off.

“That is how we truly remember our dead, I think.”

How do you mark the Memorial Day holiday? Let us know in the comments below.