152 Years Later, The VA Is Still Paying Out A Pension From The Civil War

Irene Triplett got a check from the VA for $73 every month. 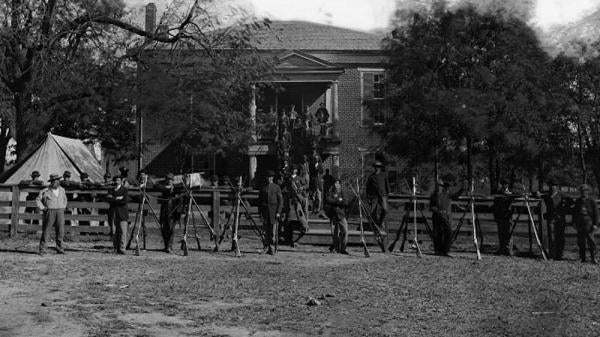 The Department of Veterans Affairs cuts a pension check every month for $73.13 to Irene Triplett, an 87-year-old who lives in Wilkes County, North Carolina. Why? Because she is the living daughter of a Civil War veteran.

Though he fought in the war more than 152 years ago, Confederate-turned-Union soldier Moses Triplett didn’t father Irene until his second marriage, when he was 84 years old. He died in 1938, at age 92. Her mother, Elida, was 50 years his junior, and died in 1967, which Wall Street Journal first reported in 2014.

Triplett is the only person left still collecting a Civil War pension, which she receives as a result of Title 38 under the United States Code. The law says that all surviving spouses and children whose parents fought in the Civil War can continue receiving their loved one’s benefits payments.

Triplett currently resides in a nursing home, and the VA confirmed she does in fact receive the monthly amount, which would have been worth $1,269.59 the year her father died, according to inflation rates. She will continue to do so until she passes, the last remaining recipient of the pension.

“VA has an obligation to take care of our nation’s veterans no matter how long. It is an honor to serve and care for those who served our country,” VA spokesman Randy Noller told U.S. News & World Report.