America’s Soldiers Are Fatter Than Ever. Here’s The Army’s Plan To Fix That

The U.S. Army is bulking up — just not in the way it probably intended. In October 2016, a Department... 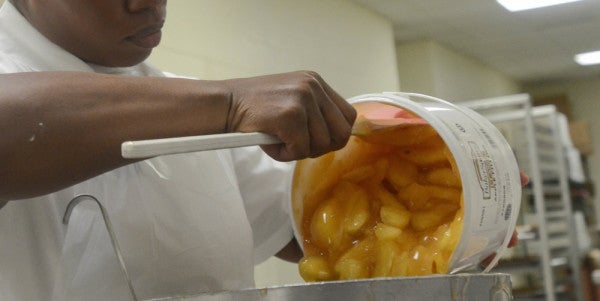 The U.S. Army is bulking up — just not in the way it probably intended.

In October 2016, a Department of Defense study revealed that the Army was the fattest of all the service branches, with 10.5% of soldiers classified as overweight based on body mass index. But less than a year later, the problem appears to have worsened: At the 2017 Medical Symposium on June 24, the Army Surgeon General's Office presented data indicating that a full 13% of soldiers are now overweight.

Army officials claim to have a solution in the works, and not just in terms of more intensive PT. Called “Holistic Health and Fitness,” the initiative aims to improve soldiers’ physical performances, performance education, and fitness centers, according to an Army press release — and initiative that includes removing unhealthy food from vending machines, offering cleaner meals in chow halls, and adding vegan and vegetarian dishes, similar to the Marine Corps’ switch to healthier chow fare in March.

“Holistic health and fitness is a radical change — radical departure,” Michael McGurk, director of the Research and Analysis Directorate at the Army Center for Initial Military Training, said in the release. “It is going to cost the Army money, time and people. And we've got to be willing to give that up to make the changes that we need.”

Tom Higdon, manager for the Healthy Army Communities program that sets dietary standards for the Army, added in the release that the branch may move to provide box breakfasts at fitness centers so soldiers on tight schedules will no longer have to choose between eating and working out.

HAC will also replace the contents of installation vending machines, oases of salt and sugar for soldiers on the run. According to the Army release, 15 to 50% of vending machines “ have healthier options, while others will be 100-percent comprised of healthy items.”

And while the plan sounds promising, much of the onus will still be on soldiers to choose to eat healthier and work out more. But that may prove challenging for soldiers increasingly stretched thin and facing myriad health issues — including the inability to sleep, tobacco addiction, and chronic disease, all of which impact dietary behaviors, according to a 2015 Army report. You can lead a soldier to kale, but you can't force him to eat it. And while the Army tries to bulk up its numbers, soldiers will need to slim down.

As much as we hate to say it, maybe there is something soldiers can learn from Marines, traditionally the fittest of the service branches. No, not how to eat crayons… how to cut fat and build muscle — unless the crayon diet is what makes Marines so fit.