The Army’s “height and weight tables are correct,” Sgt. Maj. of the Army Michael Grinston said on Wednesday. 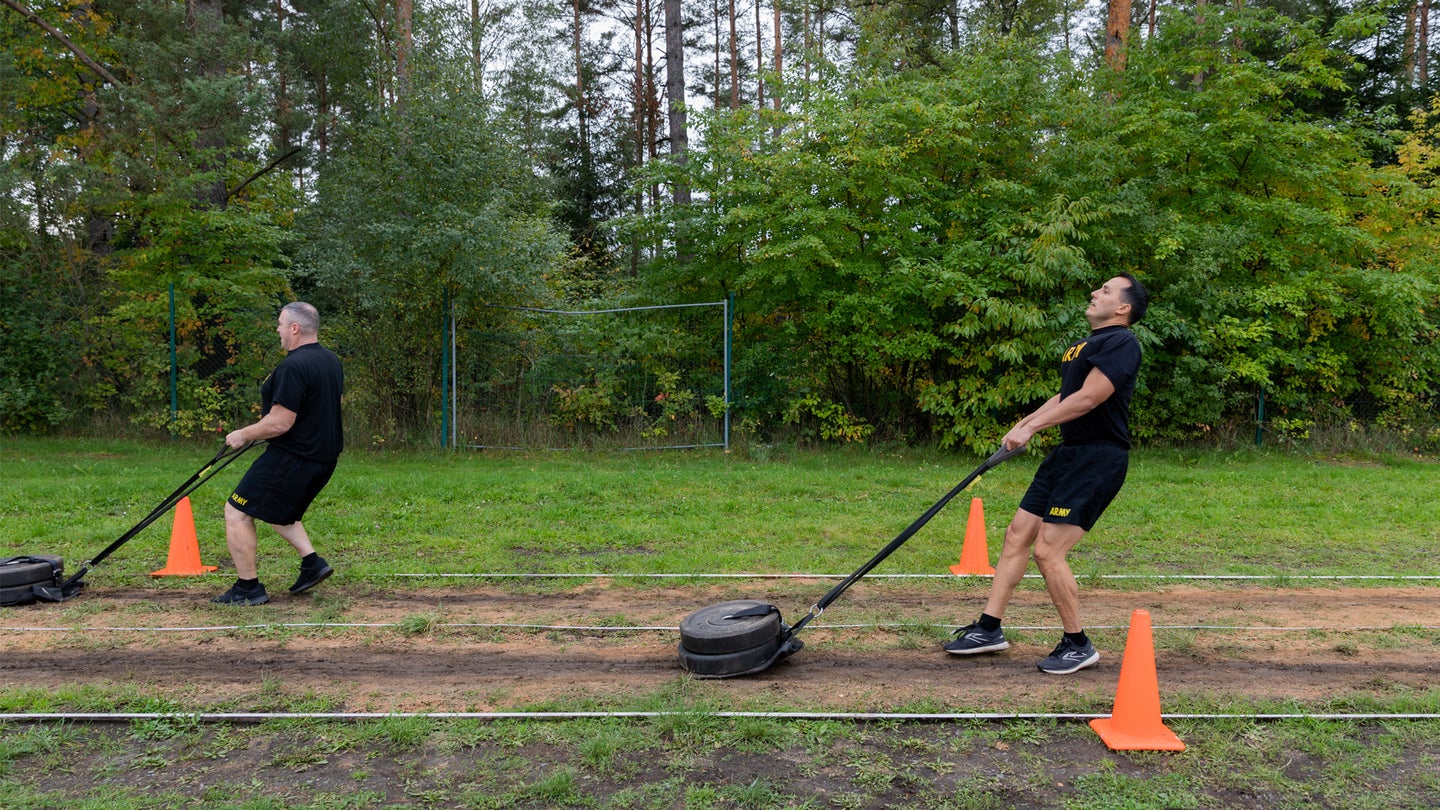 The Army is considering allowing soldiers who score a 540 or above on their Army Combat Fitness Test to be exempt from height and weight standards — which Sgt. Maj. of the Army Michael Grinston said Wednesday are not changing.

Grinston revealed the potential change at the annual Association of the U.S. Army conference in Washington, D.C. For a year now the Army has been conducting a study of its body composition program to ensure the height and weight requirements were accurate, and Grinston said Wednesday that they are.

“What the study and the science has shown is that the height and weight tables are correct,” he said.

According to the Army regulation that mandates the service’s body composition program, AR 600-9, soldiers are screened “every 6 months, at a minimum.” If a soldier weighs outside the maximum allowance for their category, they do what is called a tape test. The tape test measures certain body parts and helps them determine their body fat percentage.

But soldiers have raised issues with the standards in light of the new fitness test, which has soldiers building muscle in a way the previous fitness test did not. The ACFT, which became the official test of record for active duty soldiers on Oct. 1, includes a deadlift event, hand-release push-ups, standing power throw, and sprint-drag-carry, which includes running with two 40-pound kettlebell weights down and back a 25-meter lane, and pushing a 90-pound sled down and back.

Soldiers have said the additional muscle is negatively impacting them with the Army’s standards, particularly with the tape test. One Army major previously told Task & Purpose that they knew of soldiers who would “hit themselves in the neck thinking it will kind of cause it to swell up,” because if “you can get your neck bigger and your waist smaller, then you’re giving yourself every possible advantage.” And while Grinston maintained on Wednesday that the tape test was not a negative thing — “There should be no angst … if you go get taped,” he said — soldiers have said there is still a negative connotation associated with getting taped.

That pressure to avoid being taped can lead to unhealthy eating and exercise habits, that soldiers and experts alike described as a wide-spread phenomenon within the military as a whole.

“Fundamentally, the Army system for height and weight is broken,” an Army captain told Task & Purpose last year. “And the Army has a very toxic understanding of health, weight, and fitness.”

The potential exemption from height and weight standards is still being explored to nail down what exactly it would look like. For example, there may be required minimums of events that soldiers would have to meet within their score to get exemption. The change is one of four that Grinston said are being proposed as a result of the body composition program study.

“We need more time,” Grinston said Wednesday. “We’re going to have to study this a little bit. But what we found is it’s pretty accurate, if you score there, and you were to be overweight, you may not be overweight.”