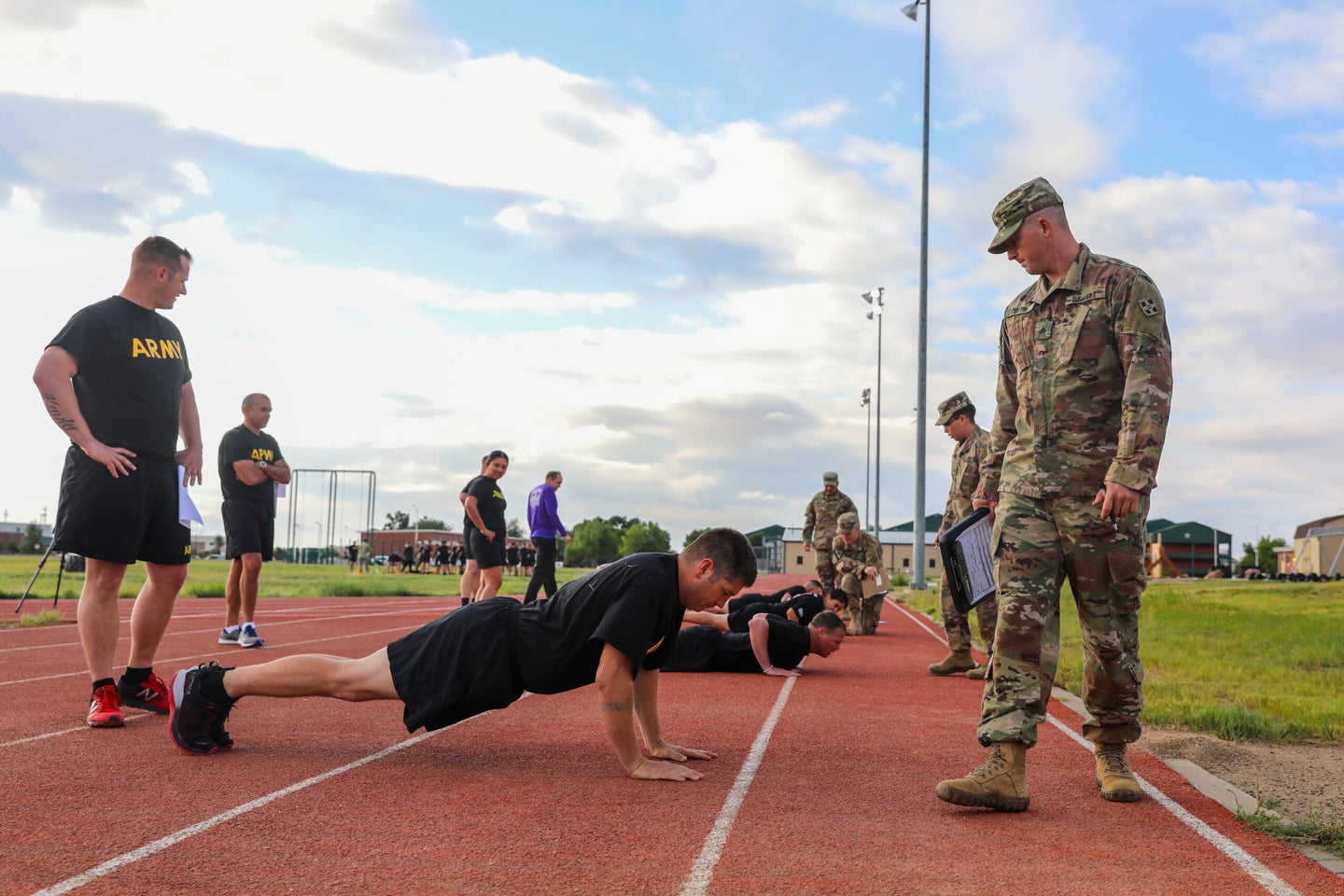 It seems no amount of practice on the sprint-drag-carry could have prepared the Army for the effort it would need to pull its new fitness test over the finish line.

Almost from the start, the new Army Combat Fitness Test came under fire for seeming to disproportionately fail women, and as the Army got closer to implementation it ran into roadblocks from the novel coronavirus (COVID-19) that dashed its dreams of a seamless rollout.

On Tuesday, yet another possible roadblock appeared when two senators called the test’s implementation “premature” and urged Army Secretary Ryan McCarthy to delay the rollout until more studies can be done on its effect on the force.

Sens. Kirsten Gillibrand (D-N.Y.) and Richard Blumenthal (D-Conn.) said in a letter on Tuesday that while the ACFT is “a work in progress,” they have “considerable concerns regarding the negative impact it may already be having on so many careers.”

The letter, which was obtained by Task & Purpose and first reported by the Washington Post’s Missy Ryan, was sent to the heads of the House and Senate Armed Services Committees as Congress continues to deliberate the 2021 National Defense Authorization Act.

It ultimately calls on committee heads to have McCarthy delay the test’s implementation until another study can be done “by an independent entity” that would look at how the test would affect recruitment and retention in certain jobs within the Army and negatively impact soldiers who may not be able to train for the test as easily.

The senators say in the letter that it’s “imperative” for the Army to “pause implementation” until all questions are answered.

Despite that grim assessment, service leaders stood by the test, repeatedly saying that success in the ACFT is simply dependent on learning to train differently.

“The conclusion drawn from the data have never been good, yet the Army continues to pour money and resources into administering and preparing for the flawed test instead of questioning the validity of the test,” they wrote on Tuesday, adding that women were largely underrepresented in studies that helped the Army design the ACFT.

They also singled out the leg tuck, the portion of the test that has proven the most difficult of the test’s six events. So much so, in fact, that the Army announced an altered version of the test in June — the ACFT 2.0 — which would allow soldiers to do a plank instead of the leg tuck.

Senators also flagged the test’s reliance on “ideal weather conditions” and large training areas, concerns that soldiers are having to personally get their own equipment to prepare for the test, and the overall cost of the equipment needed to carry it out.

“The Army Physical Fitness Test (APFT) required a $3 stopwatch,” the letter says. “The ACFT requires approximately $3,000 worth of equipment to put one individual through the test.”

Indeed, the ACFT is by no means cheap: The National Guard alone shelled out around $35 million for equipment for the test.

While the ACFT became the Army’s official test on Oct. 1, scores are not counting against soldiers for the foreseeable future.

An Army spokesperson said that the next 12 to 18 months would be a “data collection period” that would help Army leaders “develop data-informed policy decisions moving forward which will inform any adjustments that may be needed for the ACFT.”

“The ACFT marks a change in our Army’s fitness culture and will result in a healthier, stronger, and more physically resilient force,” the spokesperson said.

Sergeant Major of the Army Michael Grinston said in a statement to Task & Purpose that Army leaders want “to make informed policy decisions based on data from test results from across the force this year.”

“Right now, leaders need to administer the test so we can capture and assess that data,” Grinston said. “The ACFT is critical to having fit and well-trained soldiers who are able to win for our nation.”

But one soldier who has been involved in the planning of the test echoed the senators’ concerns that the Army has been moving too quickly to implement it.

“We think it’s always great to strive to improve the physical fitness of soldiers,” the soldier, who spoke on condition of anonymity, told Task & Purpose. “But it’s clear that the Army is rushing to failure on this decision and missing an important opportunity to do things correctly.”

Update: This post has been updated to include a statement from Sergeant Major of the Army Michael Grinston.