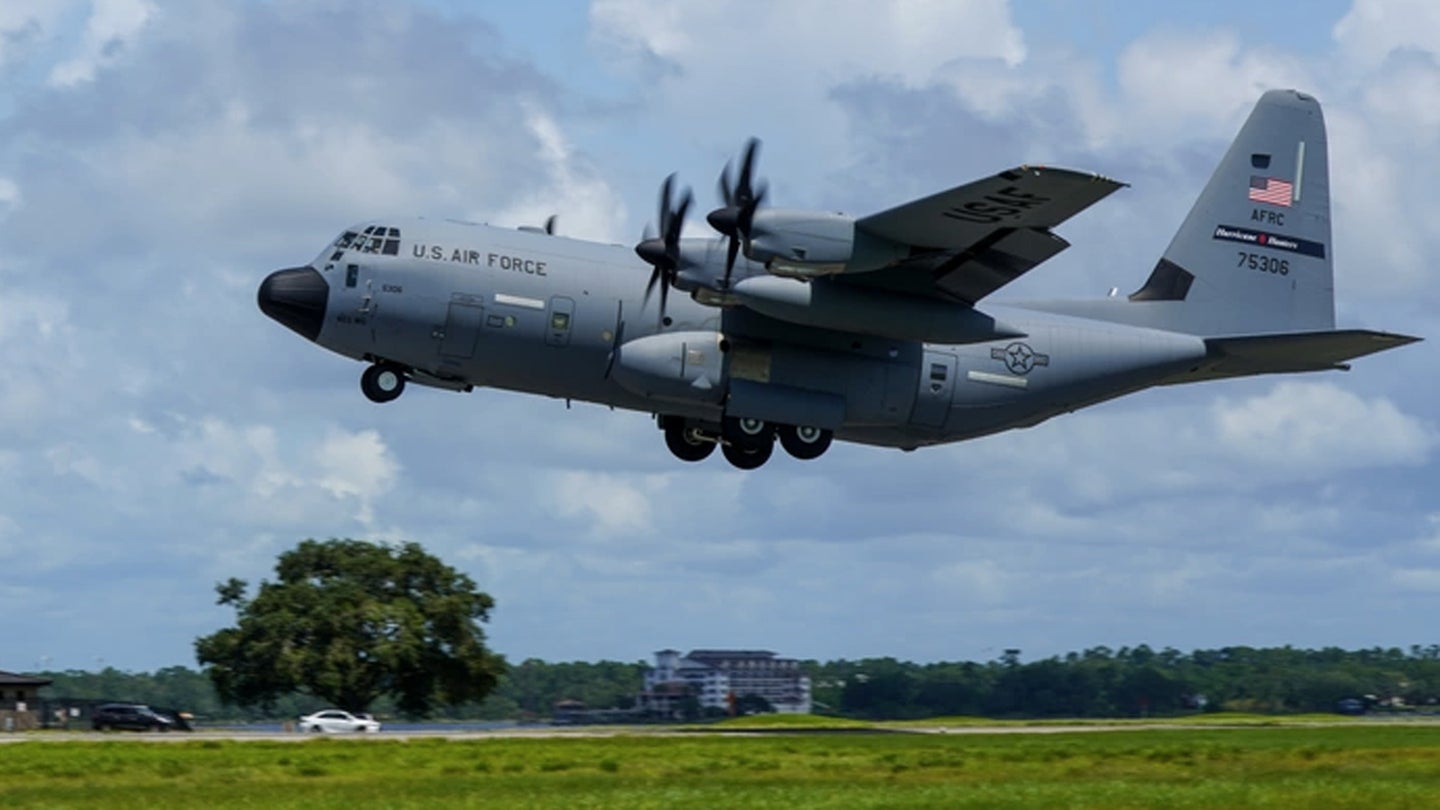 The Air Force C-130 is one of the most versatile aircraft in its arsenal: it can deliver close air support, put out wildfires, and pick up special operators from austere landing strips in the middle of nowhere. In fact, the Hercules showed off its ability to pick up cargo and rapidly take off again recently in the Northeast.

Early Friday afternoon, residents of the famous Massachusetts island vacation town Martha’s Vineyard were surprised to see a C-130 with its four big, loud turboprop engines appear in the sky, land at the Martha’s Vineyard airport, drop its cargo ramp, pick up a motorcycle, then take off again in just about 15 minutes.

“Don’t see that every day,” said local resident Doug Ulwick, who was dining at the nearby Plane View Restaurant at the time and could see the whole affair, according to the Martha’s Vineyard Times, which first reported the story.

Unlike white-throated sparrows, American goldfinches, or cedar waxwings, the C-130 is not a bird often seen in Martha’s Vineyard. In fact, this particular Hercules had come all the way from Keesler Air Force Base, Mississippi, where it is assigned to the 403rd Wing’s 53rd Weather Reconnaissance Squadron. A spokesperson with the 403rd Wing confirmed the incident.

“The crew picked up a motorcycle that belonged to one of the crew members,” said Lt. Col. Marnee Losurdo, the wing’s Chief of Public Affairs. “Leadership is aware of the incident, which is under investigation. Once the investigation is complete we will provide additional information.”

Better known as the “Hurricane Hunters,” The 53rd Reconnaissance Squadron is a reserve unit unique in the Air Force because it flies straight into fierce storms to collect data that satellites can’t. Their WC-130J aircraft have a suite of special sensors to pick up data on humidity, wind speed, wind direction, temperature, air pressure, dewpoint and other elements which help scientists at the National Hurricane Center figure out where the storm is heading and when it will get there.

Even when hurricane season wraps up in late November, the Hurricane Hunters keep flying through the winter as part of its atmospheric river mission, where they track massive bands of moisture crossing the sky above the Pacific Ocean. Like with the hurricanes, the 53rd tracks these atmospheric rivers for scientists on the West Coast who can use the data the airmen collect to help prepare for flooding or snowfall.

“The big thing is water management,” said Lt. Col. Tobi Baker of the 53rd in a recent press release. “The better the forecast, the more local agencies along the coast are aware of how much water they can use from the reservoirs or how much they need to conserve.”

Now the 2022 hurricane season is on the horizon, but it was unclear exactly what the crew of the 53rd was doing in the Martha’s Vineyard area last week. Losurdo said they were performing “an off-station training mission” before making “an unplanned stop,” but did not share additional details.

Of course, with inflation and gas prices being what they are, it’s hard to blame a crew member for making a quick pitstop to pick up their bike on the way back home. Still, there’s a reason why Air Force Manual 11-202  compels aircrews to “ensure off-station training achieves valid training requirements … and avoids the appearance of government waste or abuse.” That is because aircrews have made far more wasteful pitstops for personal reasons in the past.

For example, back in 2018, the commander of the Vermont Air National Guard was booted from his job after using an F-16 fighter jet to fly to Washington D.C. for an interstate booty call. Even further back, in 2006 two airmen from the New York Air National Guard pleaded guilty to narcotics charges after smuggling more than 200,000 pills of Ecstasy from Germany aboard their C-5 Galaxy cargo jet.

Besides the financial cost of fuel, there is always the safety risk of something going wrong during an unauthorized personal flight. As bad as the headlines are after an airplane crash, imagine how much worse it would be if that happened during an interstate booty call. Still, if the description of the motorcycle is accurate, it could be a ride worth getting in some hot water for.

“I was eating next to the window,” he added. “We looked out and we saw the plane. We saw people walking a vintage motorcycle up to the plane.”