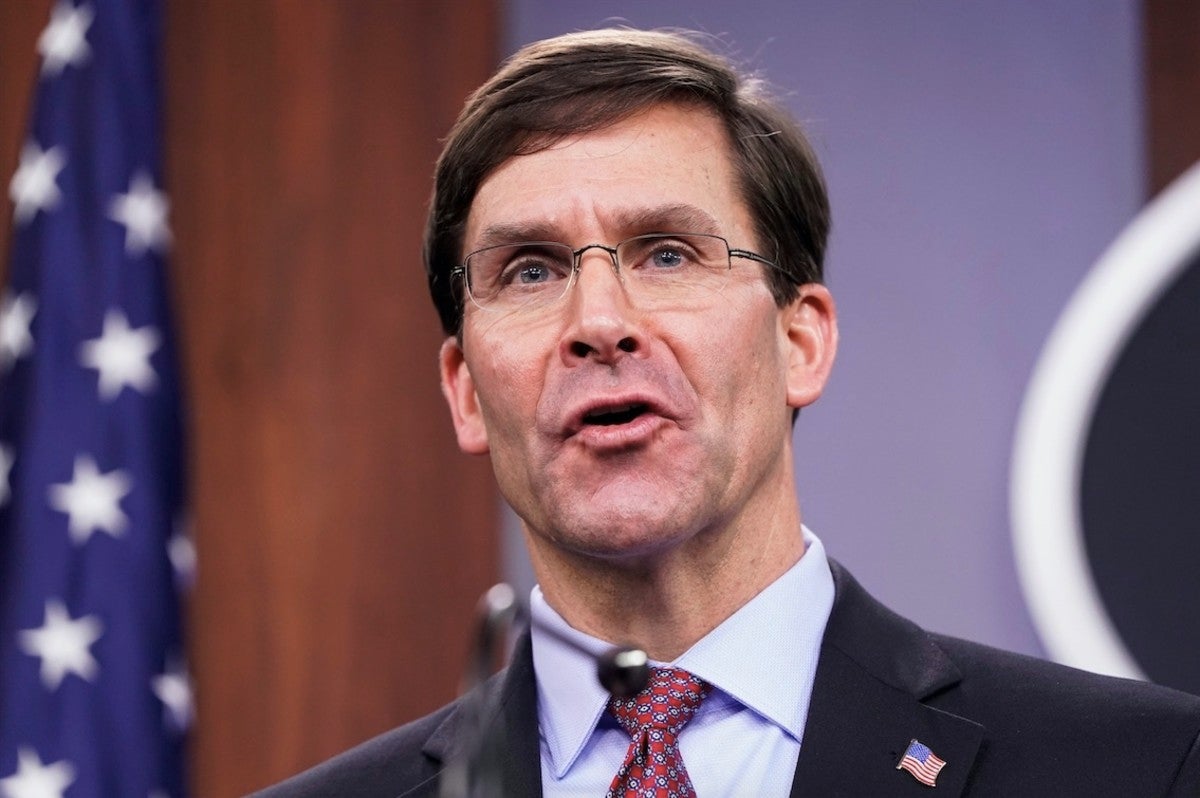 Defense Secretary Mark Esper is banning all photographs from promotions and ordering a review of grooming and hairstyles for racial bias as part of an effort to combat prejudice within the military.

In June, Esper announced the Defense Department was looking into how to eliminate racial bias and increase diversity within the ranks.

Based on recommendations from across the military, Esper announced a series of steps he is taking immediately to combat racism int he ranks.

After reviewing recommendations across the Department, I immediately acted on issues we can address now. pic.twitter.com/sZ4au11XD7

Following the Army’s lead, Esper has ordered that all photographs be eliminated from the promotion and selection process for all service members as of Sept. 1.

“Further, I direct the [undersecretary of defense for personnel and readiness] to review policies and processes and develop additional guidance — including provisions for establishing diverse selection panels and the removal of all references to race, ethnicity, and gender in personnel packets reviewed by panel members — to ensure promotion boards and selection processes enable equal opportunity for all service members, promote diversity in our ranks, and are free from bias on race, ethnicity, gender, or national origin,” Esper wrote in a memo dated July 14.

That guidance is due by the end of September, Esper wrote.

The Army first announced in June that it is deleting all indicators of soldiers’ race and gender on records reviewed by promotion boards as of Aug. 1. The move came after a study showed that Department of the Army photos were a distraction to promotion board members.

“Our study finds that when you remove the DA photo, the voters’ scores became more precise,” Col. Carl Wojtaszek, of the U.S. Army Office of Economic and Manpower Analysis, told reporters on June 25. “Voters took less time to cast the votes on each individual file. And the outcomes for minorities and women improved.”

Esper has also ordered the services to conduct a review of their hairstyle and grooming standards for any racial bias and make any needed changes by Sept. 15.

In 2014, the Army updated its regulation on uniform and grooming standards to prohibit female soldiers from having dreadlocks, cornrows, and twists, a move which led to an outpouring of criticism that the regulation unfairly targeted Black women.

Then-Defense Secretary Chuck Hagel ordered all of the military services to review their policies on hairstyles, prompting the Army and Marine Corps to ease some of their restrictions. The Army later announced in February 2017 that female soldiers were allowed to wear dreadlocks.

Last month, Esper condemned the killing of George Floyd by Minneapolis police officers and he acknowledged the Defense Department has more work to do battle racism.

“With great sympathy, I want to extend the deepest of condolences to the family and friends of George Floyd from me and the department,” Esper told reporters at a June 3 Pentagon news conference. “Racism is real in America and we must all do our very best to recognize it, to confront it, and to eradicate it.”