The Army approved Vindman’s promotion months ago, and cleared him of ‘allegations of misconduct’

The Army found "allegations of misconduct" against Vindman unsubstantiated. 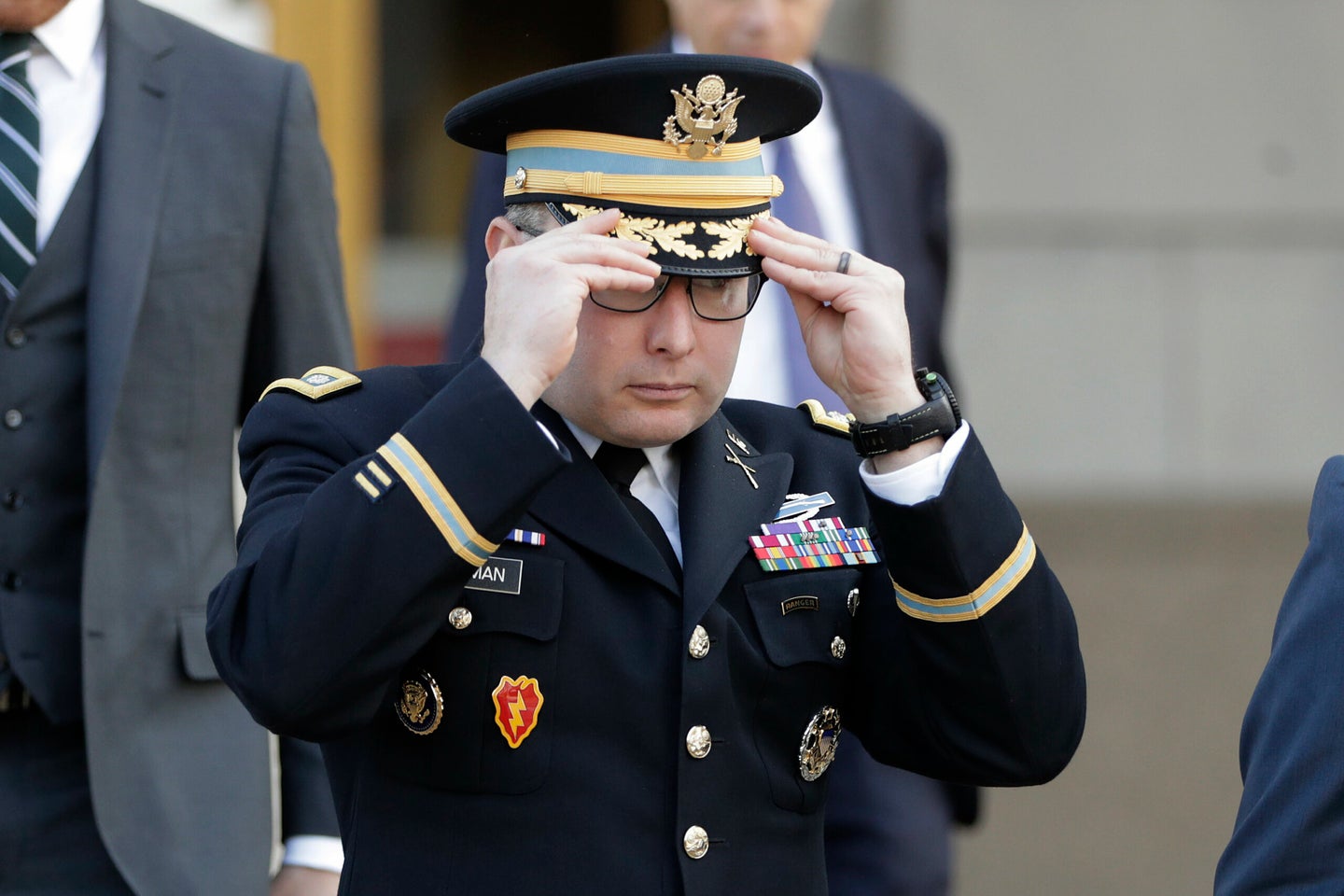 The Army lieutenant colonel who was a key witness in President Donald Trump’s impeachment inquiry announced his retirement from the service on Wednesday — just days before the Pentagon was expected to send his promotion to the White House for approval.

Both Army Secretary Ryan McCarthy and Defense Secretary Mark Esper had approved the promotion of Lt. Col. Alexander Vindman before he retired, defense officials confirmed on Wednesday. Still, the White House tried at least once to derail his promotion to colonel, according to Politico, which his attorney seemed to allude to as a reason for Vindman's retirement.

“[I]t has been made clear that his future within the institution he has dutifully served will forever be limited,” Vindman's attorney David Pressman said in a statement.

Still, Vindman was included on a list of recommended promotions sent up to Defense Secretary Mark Esper in April, a defense official told Task & Purpose on condition of anonymity. On Monday, Esper signed off on the promotion list which included Vindman, a second defense official said.

The list was expected to be sent to the White House for approval this week, The New York Times and Politico reported.

President Trump was infuriated by Vindman's testimony last year, calling him “very insubordinate” and claiming the National Security Council staffer “incorrectly” recounted what was said during his call with Ukrainian President Volodymyr Zelensky.

At the White House's request, the Pentagon's inspector general opened a preliminary inquiry into “allegations of inappropriate behavior” leveled at Vindman, according to Politico. The allegations were unsubstantiated and the inquiry was closed, a defense official said.

The official added that the Army had “periodically checked in on Vindman” since he became the focus of news reports.

Meanwhile, Sen. Tammy Duckworth (D-Ill.) said Wednesday she would continue to delay other senior officer promotions until she gets answers regarding Vindman's promotion from Esper.

Duckworth announced last week that she would be holding military promotions until Esper confirmed “in writing that he did not, or will not, block” Vindman's promotion to colonel.

On Wednesday, she said that Esper failed to protect Vindman from “a vindictive Commander-in-Chief,” and that Esper's “failure to protect his troops sets a new, dark precedent.”

“Senator Duckworth will keep her partial hold in place until the Secretary of Defense provides a transparent accounting of this disgraceful situation,” a press release from her office said.