Ultimately, the White House's general counsel will decide whether documents that House Democrats want are protected by executive privilege. 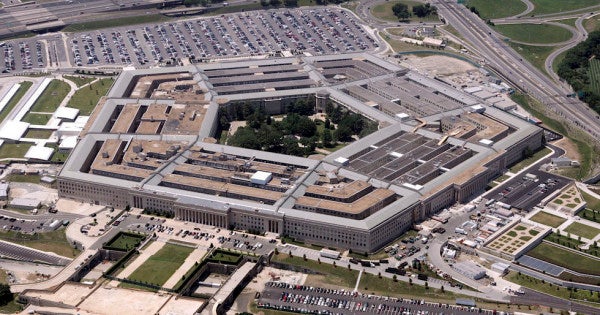 Senior defense officials offered a wide range of excuses to reporters on Wednesday about why they may not comply with a subpoena from House Democrats for documents related to the ongoing impeachment inquiry into President Donald Trump.

On Oct. 7, lawmakers subpoenaed information about military aid to Ukraine. Eight days later, a Pentagon official told them to pound sand in part because many of the documents requested are communications with the White House that are protected by executive privilege.

That response came just two days after Defense Secretary Mark Esper said on “Face the Nation” that the Pentagon would comply with the subpoena.

On Wednesday, senior defense officials who spoke on condition of anonymity to reporters said that government attorneys are looking into whether the White House actually owns many of the documents that House Democrats want. Ultimately, the White House's general counsel will decide whether that information falls under executive privilege.

Laura Cooper, the defense official in charge of military aid, was scheduled to answer lawmakers' questions behind closed doors for the impeachment query on Wednesday, but her testimony was delayed when several Republicans barged into the proceedings.

Cooper has hired a private attorney and a House regulation does not allow the Defense Department's Office of General Counsel to attend her deposition, so the senior defense officials were unsure what she might say.

Officials also pointed out that Congress initially asked Cooper to testify at 7:15 p.m. on Friday, Oct. 18, not giving her much time to prepare.

“She had to consider and decide as a career government employee: Does she appear or does she not appear?” a senior defense official said. “She had to decide immediately: Do I hire counsel or do I work with agency counsel? What's in my best interests?

“She's a mother. She's a government employee. She has served our country for years and years. To be placed in the untenable position where she had to make snap judgments about counsel – would you want to hire counsel in two days and establish an attorney-client relationship?”

The official also argued that witnesses who appear before a Congressional committee have no idea how they will be portrayed by the media or how their family will be affected.

“There are tangible consequences from appearing before Congress and I think that's the personal piece of this that we've been really focused on here in the department for all of the employees here, who work and support your national security missions,” the official said. “It's really a concern.”

When Task & Purpose pointed out that none of those concerns are relevant to the question of whether the Defense Department will comply with House Democrats' subpoena, a senior defense official repeated that the Pentagon will have to follow the White House's lead on which documents are protected by executive privilege.

But the Pentagon's response so far has been far from how it typically responds when Congress asks for information said Mieke Eoyang, of the center-left Third Way think tank in Washington, D.C.

It's atypical for Congress to subpoena information from the Defense Department because the Pentagon normally has “a much more productive oversight relationship than what you see happening right now,” said Eoyang, a former professional staff member on the House Armed Services committee who also served as defense policy advisor to Sen. Ted Kennedy (D-Mass.) during the Iraq war.

“To see this level of response and review to a subpoena is surprising because typically, if Congress were asking for information about a foreign arms sale or military aid that they have previously approved – that the Defense Department was in strong support of providing – the documents would have been provided fairly easily.”

While past administrations have tried to limit which documents could be provided to Congress, such fights have been rare, she said.

“There are serious questions, I think, from a Congressional perspective of whether or not the process of reviewing documents or classifying documents in such a way that they don't reach Congress is an attempt to obstruct,” Eoyang said.