"Lt. Col. Vindman is afforded all protections anyone would be provided in his circumstances" 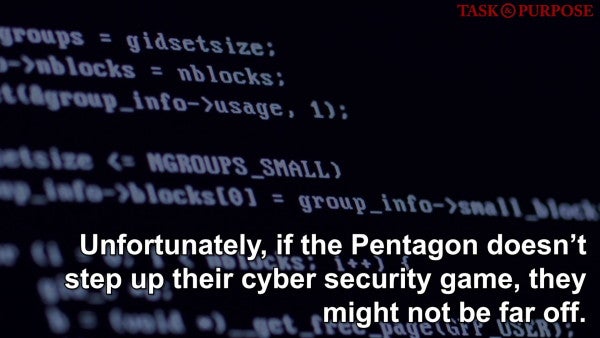 The Army intends to fully support the officer who is testifying in the impeachment inquiry of President Donald Trump.

Army Lt. Col. Alexander Vindman, a combat veteran and a Purple Heart recipient, serves on the National Security Council. On Tuesday, he went before Congress after being subpoenaed by the House Intelligence Committee.

Without referring to Vindman by name, Trump has repeatedly accused him of having a political axe to grind by describing him as a “Never Trumper witness.”

“Lt. Col. Vindman, who has served this country honorably for 20+ years, is fully supported by the Army like every Soldier, having earned a Purple Heart after being wounded in Iraq in 2004,” Matt Leonard, an Army spokesperson, told Task & Purpose.

“As his career assignments reflect, Lt. Col. Vindman has a long history of selfless service to his country, including combat. Lt. Col. Vindman is afforded all protections anyone would be provided in his circumstances.”

Gen. Joseph Dunford, the former Chairman of the Joint Chiefs of Staff, also weighed in, telling CNN that Vindman “is a professional, competent, patriotic, and loyal officer. He has made an extraordinary contribution to the security of our Nation in both peacetime & combat.”

In his opening statement, Vindman told lawmakers that following Trump's July 25 call with Ukrainian President Volodymyr Zelensky, he had told NSC's lead counsel that he felt that he felt the president had improperly asked Zelensky to investigate former Vice President Joe Biden and Ukrainian energy company Burisma, where Biden's son Hunter served on the board of directors.

Vindman had also previously reported to NSC's lead counsel that Trump's envoy to the European Union Ambassador Gordon Sondland had demanded at a July 10 meeting with a top Ukrainian official that Ukraine needed to launch investigations into the Biden family, Burisma, and the 2016 election before Zelensky could meet Trump in person.

CNN analyst and former Republican Congressman Sean Duffy suggested that Vindman is more loyal to Ukraine than the United States because his family emigrated from the Soviet Union when he was a child.

Fox News personality Laura Ingraham accused Vindman of being a spy because Ukrainian officials asked for his advice on how to deal with former New York City Mayor Rudolph Giuliani, Trump's personal attorney, who was trying to persuade the Ukrainian government to investigate Hunter Biden and help former Trump campaign manager Paul Manafort.

Vindman deployed to Iraq in September 2004, and despite being wounded in combat by an improved explosive device just a month later, he finished the deployment and returned to the U.S. in September 2005.