The Office of the Inspector General of the Intelligence Community called bullshit on a whole bunch of conspiracy theories regarding the CIA whistleblower at the center of a Trump impeachment inquiry. 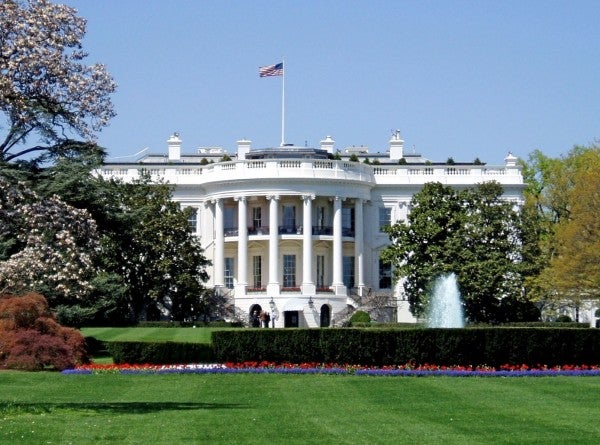 The Office of the Inspector General of the Intelligence Community called bullshit on a whole bunch of conspiracy theories regarding the CIA whistleblower at the center of a Trump impeachment inquiry.

In a lengthy statement released on Monday, the IC IG explained what the actual whistleblower process is and how this particular whistleblower went through it, before concluding — as did Acting Director of National Intelligence Joseph Maguire in testimony to Congress last week — that the whistleblower acted appropriately and fully in line with the law, despite Trump's claims to the contrary.

It also addresses some other theories traveling around in right-wing circles and presidential Twitter accounts: That the intel community recently changed a requirement that whistleblowers needed direct knowledge of events, and the whistleblower was repeating nothing more than rumor and hearsay.

Both are completely wrong.

“The whistleblower submitted the appropriate Disclosure of Urgent Concern form that was in effect as of August 12, 2019, and had been used by the ICIG since May 24, 2018,” the statement said.

“The whistleblower stated on the form that he or she possessed both first-hand and other information. The ICIG reviewed the information provided as well as other information gathered and determined that the complaint was both urgent and that it appeared credible.”

In order to file a complaint, the IG said, a whistleblower just needs to be a member of the intel community (he is) and, to qualify as a matter of “urgent concern,” they need to be reporting a “serious or flagrant problem, abuse, violation of the law or Executive order.”

The whistleblower checked both boxes on the form, indicating that he had first- and second-hand knowledge of events in his complaint, the IG said. As part of its effort to determine whether the report was credible, the IG determined that the whistleblower had authorized access to the information and sources he referenced, “including direct knowledge of certain alleged conduct,” the IG wrote, and subject matter expertise of “much of the material information” in the complaint.

“In short, the ICIG did not find that the Complainant could 'provide nothing more than second-hand or unsubstantiated assertions,' which would have made it much harder, and significantly less likely, for the Inspector General to determine in a 14-calendar day review period that the complaint 'appeared credible,' as required by statute,” the IG wrote.

“Therefore, although the Complainant's Letter acknowledged that the Complainant was not a direct witness to the President's July 25, 2019, telephone call with the Ukrainian President, the Inspector General of the Intelligence Community determined that other information obtained during the ICIG's preliminary review supported the Complainant's allegations.”

So yeah, the whistleblower complaint is “credible,” and perhaps, worth investigating further.

Or keep attacking the whistleblower. Do whatever you want to do.

Answer: Your own IG, so the form actually reflected what was the law. For more information, please consult your Director of National Intelligence.