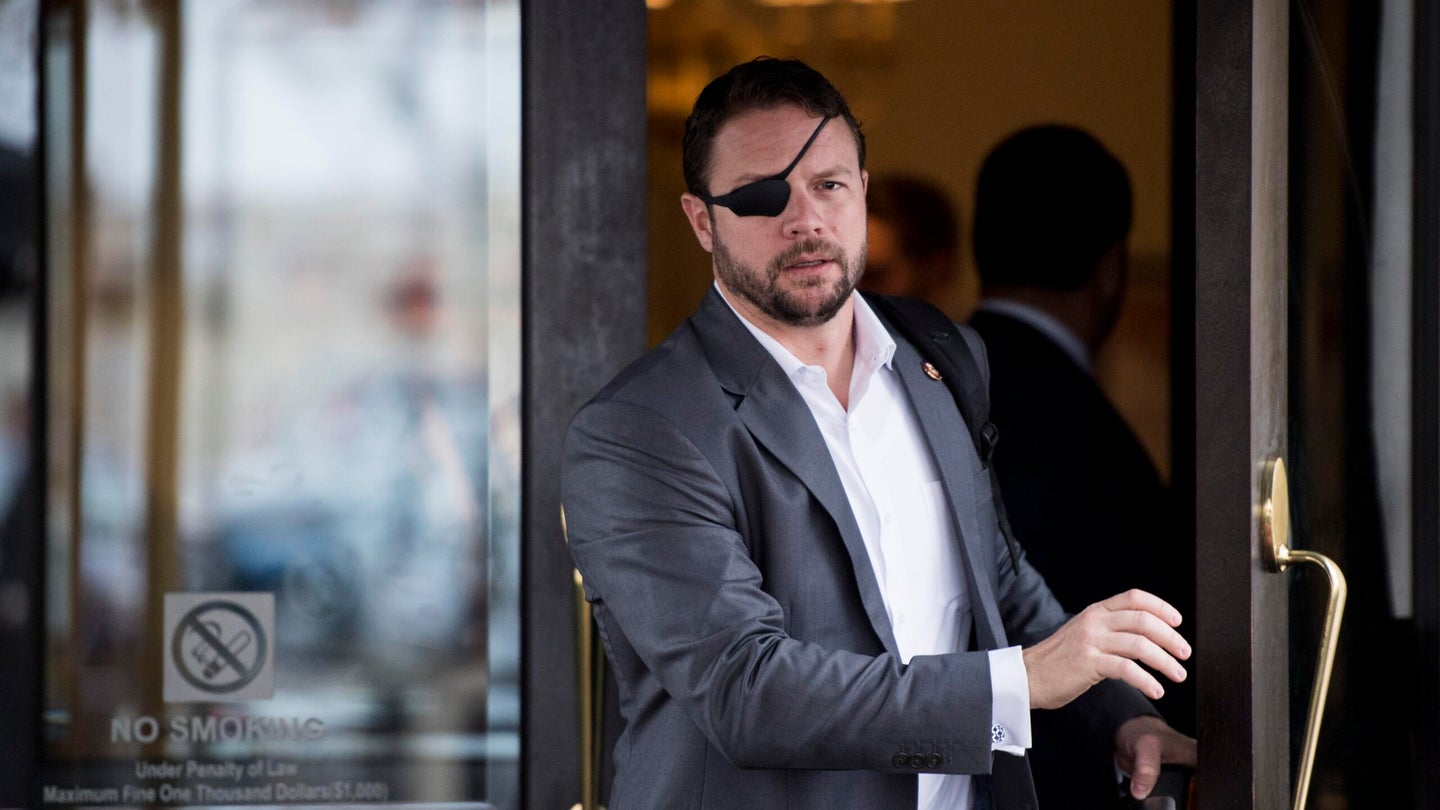 Ten veterans service organizations are calling on Congress to investigate whether Rep. Dan Crenshaw (R-Texas) tried to discredit a woman who said she was sexually assaulted in September 2019 at a Department of Veterans Affairs facility.

At issue is whether Crenshaw told VA Secretary Robert Wilkie that Andrea Goldstein, a Navy officer and Democratic congressional staffer, had a history of making baseless sexual assault complaints.

The veterans’ groups are also calling for Wilkie and his entire senior staff to resign for allegedly launching a smear campaign against Goldstein, who is also a contributor to Task & Purpose.

“These acts are a direct violation of the values that the Veteran community holds most dear – those of honor, duty, and integrity,” the veterans organizations wrote in a letter on Wednesday to House and Senate lawmakers.

Their call for an ethics investigation into Crenshaw comes after the recent release of a VA’s Inspector General Office report, in which three witnesses told investigators they believed Crenshaw told Wilkie that Goldstein had allegedly made false accusations about being sexually assaulted.

The investigators were unable to interview Crenshaw, a former Navy SEAL, or his communications director, since they declined to participate.

Crenshaw’s spokesman provided Task & Purpose with a statement on Wednesday saying the congressman was never part of any effort to attack Goldstein’s character.

“As Rep. Crenshaw has said repeatedly, any claim that he participated in a ‘smear campaign’ is absurd and totally false,” said Justin Discigil. “It’s also worth noting that the inspector general’s report never makes this claim, and also found ‘no violation of law, regulation, or policy’ and made no recommendations in this case. This is a completely fabricated narrative not based in facts.”

Still, Goldstein’s attorney Mark Zaid called on Crenshaw to publicly apologize to her and “and refocus his energy towards eliminating all forms of sexual harassment or assault.”

“We will leave to others whether Congressman Crenshaw’s statements should have consequences, but let’s be clear in understanding that his comments serve to undermine the integrity of the system and disrespect any veteran who experienced what Ms. Goldstein encountered at a VA facility,” said Zaid, who is also representing Task & Purpose in a Freedom of Information Act lawsuit to get the Navy to release emails related to the firing of the USS Theodore Roosevelt’s former commanding officer Capt. Brett Crozier.

In September 2019, Goldstein told The New York Times that a man pressed his entire body against her and said, “You look like you could use a good time,” while she was at a VA hospital in Washington D.C. Law enforcement officials ultimately did not press any charges in connection with the incident, in part because surveillance cameras at the hospital were not working at the time.

In January, Wilkie mischaracterized the investigation’s findings by claiming that Goldstein’s sexual assault allegation was found to be “unsubstantiated,” drawing a rebuke from VA Inspector General Michael Missal.

The VA Inspector General’s Office found that Wilkie questioned Goldstein’s credibility from the very beginning. Wilkie suspected her comments about sexual assault were “laying the grounds for a spectacle” because she is a staffer for Rep. Mark Takano, (D-Calif.), the chair of the House Committee on Veterans Affairs, according to the report.

While Wilkie’s comments to VA staffers about Goldstein’s alleged history of making unfounded accusations were “unprofessional and disparaging,” they were not illegal, the report says.

Former Deputy Secretary James Byrne, whom Wilkie fired in February, told investigators that Wilkie had told him at least three times to find ways to publicly claim that Goldstein had frequently made fraudulent complaints, according to the report.

“He also told the OIG [office of the inspector general] that Secretary Wilkie later verified with Congressman Dan Crenshaw that the veteran had previously filed frivolous complaints when the two were serving in the same command in the Navy,” report says.

Wilkie countered by telling investigators that it was Byrne who told him that Goldstein allegedly made false complaints. Wilkie acknowledged that he had spoken with Crenshaw at a fundraiser, during which Crenshaw said he had served in the same Navy unit as Goldstein.

Shortly after Wilkie left the fundraiser, he sent an email to his subordinates in which he wrote, “Ask me in the morning what Congressman Crenshaw said about the Takano staffer whose glamor shot was in the New York Times.”

Wilkie later told investigators that he regretted his comment about Goldstein’s photograph in a September 2019 New York Times story about her experience.

When investigators asked Wilkie about the email, he replied that the only thing he had discussed with Crenshaw was that the congressman had served in the same unit as Goldstein.

Investigators pressed Wilkie about why he felt the fact that Goldstein and Crenshaw had served together was important enough to tell his subordinates about.

“Secretary Wilkie stated, ‘Well I don’t remember. I have no idea,’” the report says.

Still, two other witnesses told investigators they believed Crenshaw had told Wilkie that Goldstein had allegedly made false claims, the report says.

“Based on this evidence and the conflicting testimony provided by other VA officials, the OIG determined that Secretary Wilkie’s testimony regarding the content of his communication with his staff concerning the information received from Congressman Crenshaw was incomplete or incorrect,” the report says. ”The OIG was unable to reconcile Secretary Wilkie’s testimony because he declined to agree to a follow-up interview.”

Wilkie has issued a statement in response to the report saying that any allegations that he ordered VA officials to investigate Goldstein are false.

Moreover, Wilkie excoriated the VA Inspector General’s Office, claiming investigators could not find any witnesses or documents that proved he had committed any wrongdoing.

“Rather than providing an official report of any findings and/or wrongdoing, the IG’s position is that VA should have mounted its own secondary investigation into the 2019 complaint,” Wilkie wrote in the statement. “In other words, the IG is criticizing VA for not doing the very same thing it has spent months investigating.

“Such faulty rationale is not the product of a serious investigation. In fact, it’s indicative of one that has become more dedicated to scoring political points than improving the department – a dynamic that has defined the IG’s conduct throughout this investigation.”