This 79-Year-Old Veteran Lived In The NJ Woods For A Decade. Now, He’s Come Home

Just in time for the holidays, Stanislaw “Stan” Radkowski, 79, finally came in from the cold. The retired Air Force... 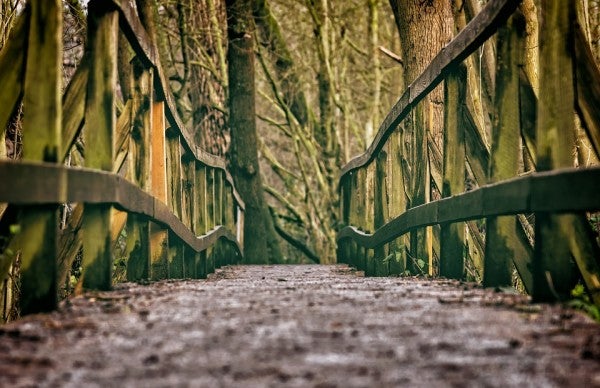 Just in time for the holidays, Stanislaw “Stan” Radkowski, 79, finally came in from the cold.

The retired Air Force and Army veteran had been living on the edge of the Pine Barrens, camping in the New Jersey woods when his pension and Social Security benefits couldn’t cover a motel.

For Radkowski, camping behind McGuire Air Force Base “made a lot of sense. It was what I could afford. I started camping out about 10 years ago in a sleeping bag, with a poncho, in case it rained.”

But that’s just the beginning of his story. Radkowski — a Holocaust survivor, naturalized American citizen, Vietnam veteran, and Air Force and U.S. civil-service retiree — had been chronically homeless since the early 2000s. After a year of talking with him and gaining his trust, the Veterans Multi-Service Center in Center City was able to house him through a cooperative effort with the Veterans Administration.

In November, Radkowski signed an apartment lease in the Wrightstown, N.J., area. The Veterans Multi-Service Center also worked to help him reconnect with his children, whom he had not seen in more than 30 years.

Radkowski was born in 1938 or 1939 in Poland, and was just a few years old when Hitler’s Lebensborn program swept him into the chaos of war. Under Lebensborn, the Nazis kidnapped children considered “racially pure” in countries they occupied.

Some were already orphans; others were literally stolen from their parents’ arms by the Nazis. Thousands were transferred to Lebensborn centers to be “Germanized,” up to 100,000 from Poland alone. Radkowski was given a German name, Fritz Radke, and placed with an Austrian adoptive family.

By 1945, when the Allies tried to relocate kidnapped Lebensborn children, Radkowski couldn’t even remember his birth parents. He and thousands of others drifted around refugee camps in Italy and Spain, until he was old enough at 18 to immigrate to America in 1957.

He was drafted into the U.S. Army, serving for three years, then served in the Air Force for 16 years, stationed at Clark Air Base in the Philippines and then in Thailand during the Vietnam War. He met and married a Filipina and had two children. “She wasn’t interested in moving back with me to the U.S.,” he recalled, and they separated.

By the time Radkowski retired from the civil service in the 1980s, he was living in and out of motels in New Jersey, uninterested in veterans’ housing benefits.

In 2016, the Center City-based Veterans Multi-Service Center provided funds to 992 veterans or veteran households to either prevent homelessness or put veterans back in homes. VMC outreach workers Javier Galindo and Douglas Woods heard about Radkowski through the grapevine.

“He didn’t want any help. He’s highly independent, so it took us about a year to get him to even tell us his name and show us his military ID,” said Galindo.

Still, it took some convincing. Radkowski’s health was failing, and he ultimately agreed to allow the VMC to assist him.

“Doug and Javier found me a place,” Radkowski said recently, smiling at the two men, also veterans. The VA and VMC connected him with doctors for routine health care and several surgical procedures. And finally, in November, the VMC helped him move into permanent housing in Burlington County. He’s the leaseholder for his own two-bedroom unit and will be spending his first holidays inside in more than a decade.

“My children didn’t know I was living in the woods,” Radkowski said. They had no idea of their father’s history, or if he was even alive. They live in California and traveled here for a weeklong stay earlier this year.

The VMC has provided transitional housing to 362 veterans at the Coatesville VA Medical Center. And a drop-in service center, the Perimeter at Fourth and Race Streets, served about 3,600 vets last year, many of whom were repeat visitors.

At the Perimeter, “we give veterans a change to clean their clothes, shower, eat lunch, get connected to services, and stay warm,” said Charlie Forshee, VMC’s deputy executive director.

Radkowski visits the military base often, probably most days now. He’s able to do his grocery shopping there, but there’s also a library on base where he spends a lot of time.

“Yes, I’ve had a fascinating life,” he said. “But really, I’ve had too much change in my life.”