A WWII Vet Was Docked Pay For Escaping His German Captors. Now He Wants His $13 Back

A veteran who survived a plane crash and capture by the Germans during World War II has an axe to... 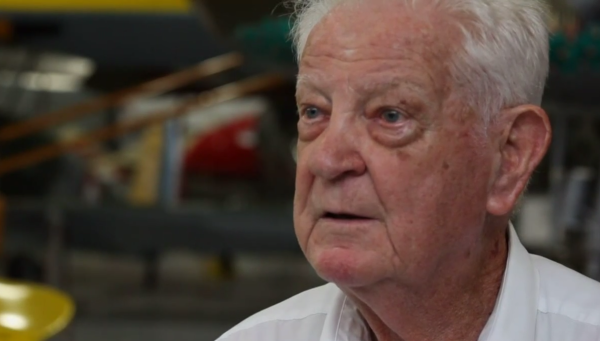 A veteran who survived a plane crash and capture by the Germans during World War II has an axe to grind with the Department of Defense, and it centers around $13.

Andy Ramotnik flew 42 successful combat missions as a 20-year-old radio operator in the Army Air Corps during World War II, until he was shot down on his 43rd mission and captured. After nearly two years in captivity, he escaped and rejoined American troops in Austria, not far from where he was held.

Following his captivity, Ramotnik received a check for $554 — $1 for every day in captivity — but in his eyes, the military came up short, according to WLTV, a Jacksonville, Florida ABC news affiliate, which first broke the story of Ramotnik’s miraculous survival, capture, and escape.

Related: This MOH Recipient Crashed His Plane On Purpose So He Could Get To His Downed Wingman »

With the check was a letter from the Department of War that said Ramotnik was being docked $1 for each day he was on the run — or $13 total. According to letter, under the War Claims Act, the government “does not provide for the payment of benefits during a period of escapement.”

“That’s the reason I’m unhappy!” Ramotnik exclaimed in an interview with WLTV.

More than 70 years later, that still doesn’t sit well with the 94-year-old veteran — who lives in Jacksonville, Florida.

Now, Ramotnik wants that money back and an explanation from the Department of Defense.

The mission that set it all in motion launched on Oct. 4, 1943. Ramotnik’s B-25 was on a bombing run to take out a German military target in Italy, when the aircraft’s right engine was hit. As the B-25 plummeted toward the earth, Ramotnik parachuted to safety, but he was floating down toward German lines and was captured moments after he hit the ground.

After he was interrogated in Frankfurt, Germany, Ramotnik was transferred to Stalag 17-B a prison camp in Krems, Austria, where he was held for the next 19 months, but he wasn’t idle. The first time Ramotnik escaped was during a forced march, when he and a fellow prisoner made a break for it, but their freedom was short-lived, and they were captured a few days later. They tried again, and in April 1945, pulled off the same stunt, ducking their captors on an unguarded forced march. This time, Ramotnik and his brother-in-arms got away. Not long after their escape, the two heard the news: The Allies had won.

They met up with American troops and were granted a 90-day rest period before Ramotnik received his discharge, and then, the letter and the check.

His goal now? He just wants to close the books on the whole ordeal, and not feel like he’s been penalized for doing his duty.

CORRECTION: An earlier version of this article incorrectly stated Andy Ramotnik was following the orders of the military code of conduct when he made his escape in April 1945. (Updated 7/28/17, 7:22 a.m. EST).