The Navy announced on Saturday that the wreckage of the USS Indianapolis was found in the Philippine Sea at a... 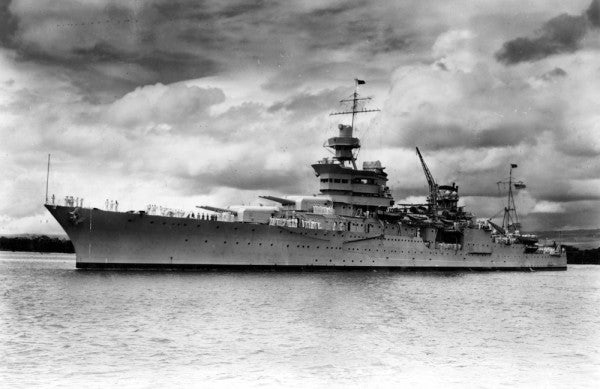 The Navy announced on Saturday that the wreckage of the USS Indianapolis was found in the Philippine Sea at a depth of more than 18,000 feet below the water's surface.

The Indy sunk just past midnight on July 30, 1945, days after the ship delivered to the Island of Tinian the components used to build the atomic bomb that the U.S. dropped on Hiroshima on Aug. 6, 1945.

The Indianapolis, with roughly 1,200 people aboard, was on its way to the Philippines when torpedoes from a Japanese submarine struck the ship, causing it to sink in about 14 minutes. Nearly 300 people went down with the ship and of the 900 who abandoned ship, only 317 would survive after four to five days in the water suffering exposure, dehydration, drowning and shark attacks.

“The largest casualty at sea in the history of the U.S. Navy was the sinking of the USS Indianapolis,” noted survivor Edgar Harrell, who published an account of the harrowing episode in “Out of the Depths.”

A team of civilian researchers led by entrepreneur and philanthropist Paul G. Allen announced that they had found the wreck resting on the floor of the North Pacific Ocean, according to a Navy news release.

“To be able to honor the brave men of the USS Indianapolis and their families through the discovery of a ship that played such a significant role in ending World War II is truly humbling,” Allen is quoted as saying in the Navy release. “As Americans, we all owe a debt of gratitude to the crew for their courage, persistence and sacrifice in the face of horrendous circumstances. While our search for the rest of the wreckage will continue, I hope everyone connected to this historic ship will feel some measure of closure at this discovery so long in coming.”

While others have searched for Indianapolis in the past, the Navy release said Allen used a 250-foot R/V Petrel with state-of-the-art subsea equipment capable of diving to more than 19,600 feet.

The Navy said the exact location of the ship will remain confidential and restricted.