Explorers found the USS Samuel B. Roberts, which sunk 78 years ago holding off an overwhelming Japanese battle group

The "destroyer escort that fought like a battleship” was found four miles below the surface. 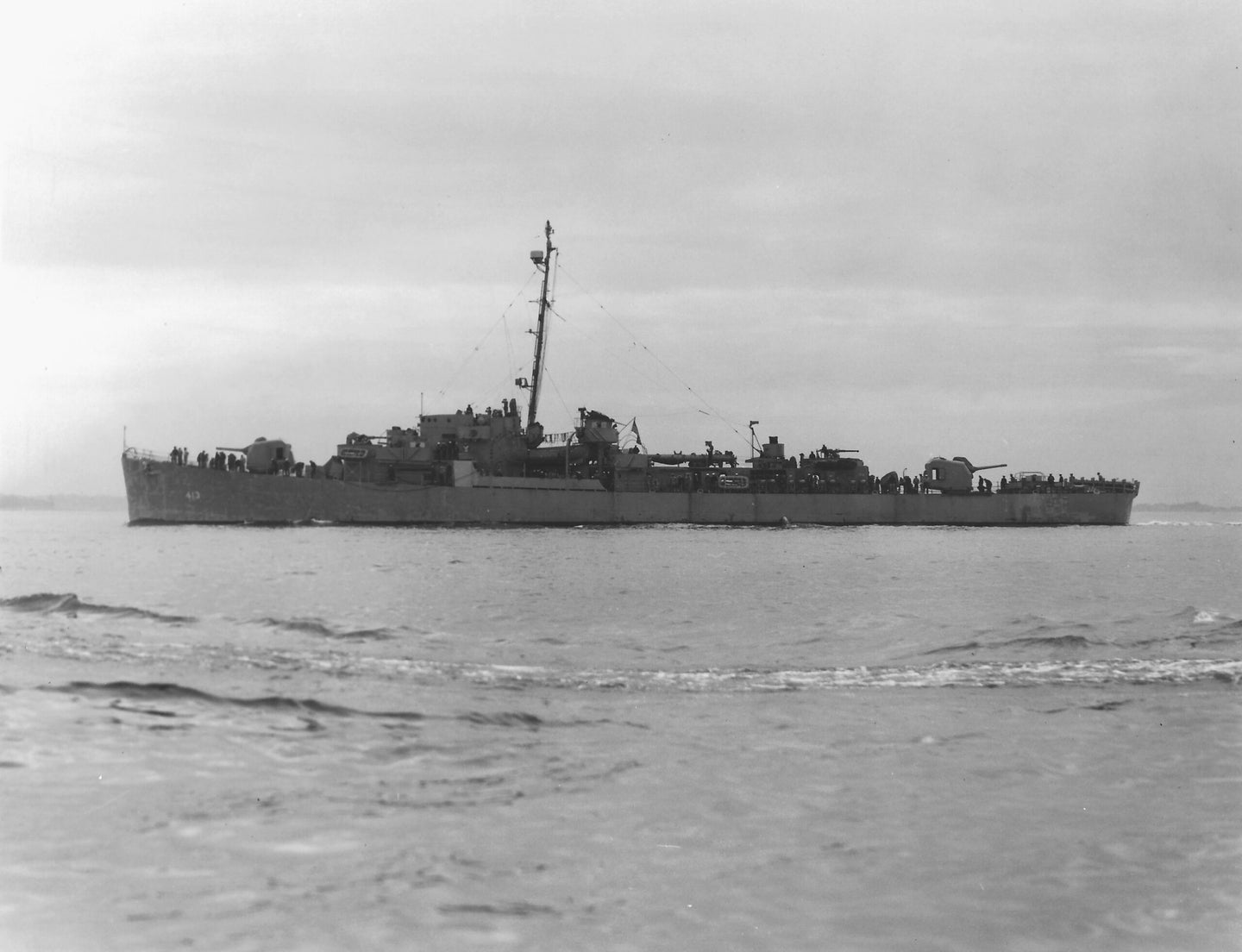 Nearly eight decades after it went down in a last stand against overwhelming odds, the USS Samuel B. Roberts has been located. A deep sea expedition found and identified the wreckage on June 22, making it the first time the ship had been spotted since it was sunk during the Battle off Samar in 1944 after charging in to fight a Japanese fleet and near point blank range.

Underwater explorer and retired Navy Reserve Commander Victor Vescovo located and surveyed the wreck off the coast of the Philippines. He found and identified it as the USS Samuel B. Roberts, a John C. Butler-class destroyer escort that was sunk in October 1944. At a depth of 6,895 meters below the surface it is the single deepest shipwreck ever found. The previous record holder was the USS Johnston, another World War II destroyer sunk in the same battle as the Samuel B. Roberts. It was identified in 2021 by Vescovo.

The ship was built and launched during World War II, getting commissioned on April 28, 1944. Quickly nicknamed the “Sammy B” by sailors it only had six months of service, joining the U.S. Pacific Fleet in August. It was assigned to Task Unit 77.4.3, nicknamed “Taffy 3.” The ship was named for Navy Cross recipient Samuel Booker Roberts Jr. Two other ships were later named after him, with the most recent being a guided missile frigate that was decommissioned in 2015.

Its fame came at its last sortie during the Battle off Samar on Oct. 25, 1944. Taffy 3 was a massive naval fight during the wider Battle of Leyte Gulf during the Philippines campaign. A 23-ship Japanese task force including the heavily armed battleship Yamato approached the American ships. Taffy 3 had only three destroyers and four escorts, including the Sammy B. Outgunned and outmatched, the American forces went into battle anyway.

The Sammy B charged toward enemy ships. Its low height and closeness to the Japanese fleet meant they could not get their guns low enough to hit it, while the American ship fired torpedoes into the cruiser Chokai, damaging it. Over the course of two hours, it turned into a giant gunfight, even using its anti-aircraft guns to rake fire over the Japanese ships’ superstructures. The ship was eventually hit and took on water.

As the ship went down, 120 crew members were able to escape on life rafts and were eventually rescued. 90 sailors were killed as the ship sank. Despite losing five ships and more than 1,000 lives, the American forces drove back the Japanese task force, winning the battle. The Samuel B. Roberts was included in a unit citation given to Taffy 3. It became known as “the destroyer escort that fought like a battleship.”

Vescovo’s images of the wreck show the ship was split in two and sunk with both halves close by. The bow hit the ground hardest, crumpling it. Much of the ship’s overall form and structure is still intact.

The discovery of the wreck comes only months after the last surviving member of the crew, Adred Lenoir, passed away in March.