‘Battlefield V’ is a buggy, yet totally fun return to World War II

Battlefield V has finally arrived, and we’re shipping out to fight the Second World War, again. There’s a lot to... 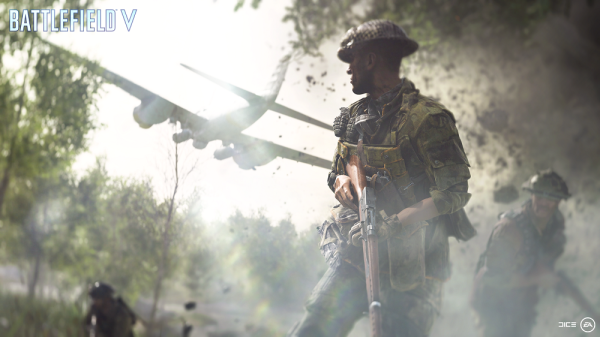 Oh, that’s a nice tank down there… sure would be a shame if something happened to it.Battlefield V

Some other changes include adding fortifications to the game so players can toss down sandbags or build barriers, and DICE has removed randomized bullet drop, so where you shoot is where you hit, which might take away from realism, but adds to playability. You can now revive members of your squad even if you’re not a medic — though medics can revive anyone on their team. And lest I forget, you can call in score streaks like the V1 rocket. Sorry, I meant to say “squad reinforcements” which cost points that you and your squad mates rack up during a match… you know what, let’s just call them what they are: They’re score streaks.

Fight the war your way, just don’t expect to do it with an M1 Garand.

While BattlefieldV still limits what weapons each class can use, they’ve made some changes to how the classes work. Each of the main classes — assault, medic, support, and recon — now has a choice of two roles. Take the assault class, which you can play as either light infantry, or as a tank buster, with passive perks that aid each style of play. They’ve also made some tweaks to which kits get what gear, for example: The assault class is now the default rifleman, and the medic has taken over as “that one guy who only ever uses submachine guns.”