The ‘Battlefield 2042’ gameplay trailer is here with a ton of new guns, armor, and aircraft

There's a whole hell of a lot going on here. 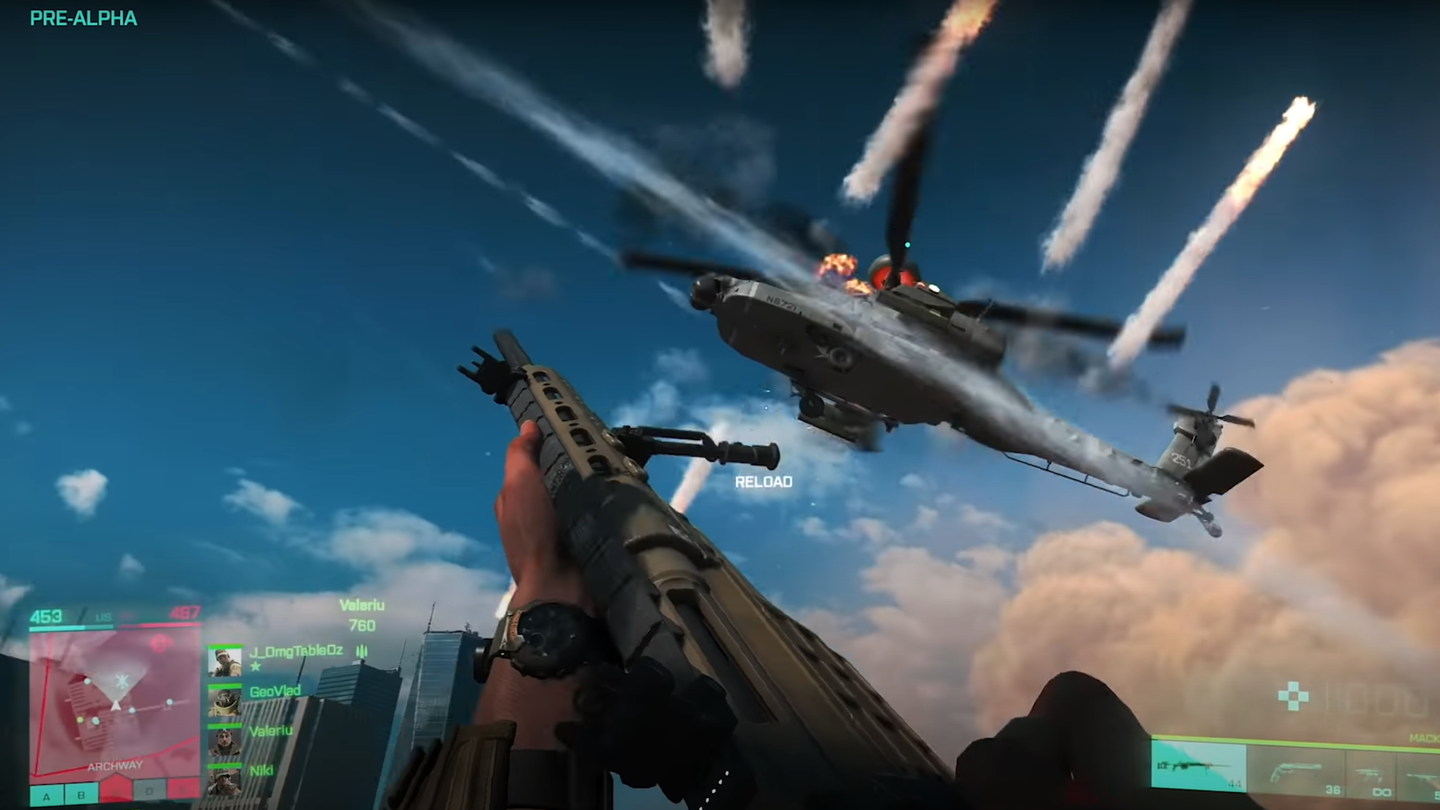 The latest gameplay trailer for Battlefield 2042 is here, and as we suspected, it really does look like Battlefield 4, but with a fresh coat of next-generation paint and some new weapons and armor. To be clear: This is not a critique. Far from it, in fact. The decision by game developers DICE and Electronic Arts to return players to a modern(ish) era of war with Battlefield 2042 couldn’t have come at a better time, what with Call of Duty: Modern Warfare being swallowed whole by Warzone and Black Ops: Cold War. I for one am pretty excited by what I’ve seen so far.

The new trailer, which debuted on Sunday, features in-game footage from Battlefield 2042’s pre-alpha release and includes clips from a 128-player match, along with a host of new features and some tried, tested, and true standbys of the series.

The game, as its name suggests, appears to take place in the near future, which might explain why some of the weapons and vehicles look familiar but haven’t yet seen real-world use. Take the aircraft we see about a minute into the trailer, which at first glance looks like a Bell Boeing V-22 Osprey, but instead of the tiltrotor wings, it has a pair of jet turbines and a different design on the vertical and horizontal stabilizers at the tail end. The aircraft, called the MV3B Condor in the game, is essentially a next-generation Osprey as some folks were quick to point out on Reddit. It’s the same general concept as the tiltrotor troop transport used today — predominantly by the Marine Corps — but with some quasi-futuristic upgrades.

You can see other semi-futuristic pieces of equipment and armor throughout the gameplay trailer: from the airdropped tank, which looks like a suped-up M1A2 Abrams, with some additional armor; to the device on its parachute that helps the vehicle decelerate before landing; and the grapple-gun we see a sniper use to slingshot his way onto a crane.

This is all pretty standard for the modern-era shooters in the Battlefield franchise. They often include prototype, experimental, or even pie-in-the-sky ideas for small arms, aircraft, and armor, like Battlefield 3, which featured the F-35 when it released in 2011, even though that aircraft has had a slow and troubled launch and didn’t have its first combat debut until seven years later in 2018. Then there was the XM25, a grenade launcher that was useable by the Support Class in Battlefield 4 when that game dropped in 2013, but had only seen limited use by U.S. troops in Afghanistan at the time, and was dropped altogether after its funding was cut due to real-life issues.

Other features for the game, which is set to release on Oct. 22 for Xbox One, Xbox Series X|S, PlayStation 4, PlayStation 5, and PC, include the following: 128-player maps; fully destructible environments; the ability to swap out weapon attachments on the fly, through the use of a cross menu — which means you can sprint across an open field and into a tall building, then toss on a suppressor and close-quarters foregrip as you ascend the stairwell or elevator, and prepare to clear a room. There will also be map-specific game mechanics, like hurricanes, sand storms, and a rocket launch, in addition to a few new game modes, one of which is simply titled [Redacted], with more information expected by July.

As far as small arms go, there’s a lot of them flitting about in the trailer, many with different in-game names than those in real life, like Sig Sauer’s MCX. And on that note, if you happen to see any weapon systems that you recognize, please hop in the comment section, share a screenshot, and let us know. We’d love to do a few breakout stories explaining what weapons are being featured, and what their real-life specs are, where they’re used, and by who.

So, dive on into the comment section and tell us what you see and what you think of Battlefield 2042’s gameplay trailer.