A New Trailer For ‘Call Of Duty: WWII’ Has Leaked And It’s Absolutely Horrifying

Activision’s hotly anticipated game Call of Duty: WWII goes back to the franchise’s roots, and, in the process, dusts off... 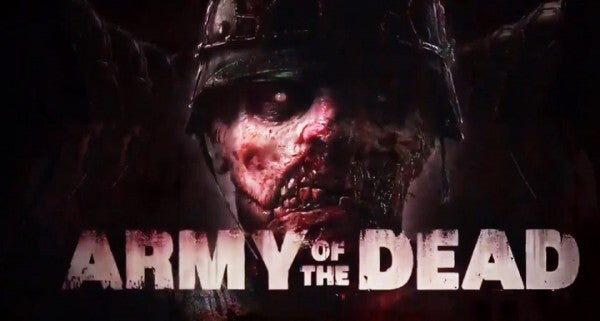 Activision’s hotly anticipated game Call of Duty: WWII goes back to the franchise’s roots, and, in the process, dusts off an old fan favorite: zombies. But this time, it’s grisly, bloody, and straight-up creepy.

A new trailer, which was originally set to release during Comic Con later this month, was leaked online a bit early, and while the game developers are probably pissed about that, die-hard fans of the franchise’s undead-centric survival game should be stoked. Why? Because unlike its campier predecessors, this zombie mode is “I will only play with the lights on and my dog next to me” freaky.

In the trailer, hordes of stitched-together hell-creatures in Nazi uniforms shamble across the bloodstained tile floors of a laboratory, with all their mangled fleshy bits and distended jaws caught in the flickering light and bursts of fire from Thompson machine guns. All the while, the narrator proclaims the coming of the Fourth Reich over a gritty speaker system.

Zombie mode was always a blast to play in the Call of Duty games, and it pretty much always ends the same way: with the player being devoured by undead flesh-eaters. With the new rendition of the minigame, it looks like Activision wants it to be less about fun gameplay and more about terrifying immersion as you sit on your sweat-soaked couch trying to get away from nightmarish monsters; like this guy, who looks like he got beaten to death with the ugly stick, twice: