"Call of Duty: Modern Warfare" comes out Oct. 25, and with it, players will be reunited with the series' most iconic characters. 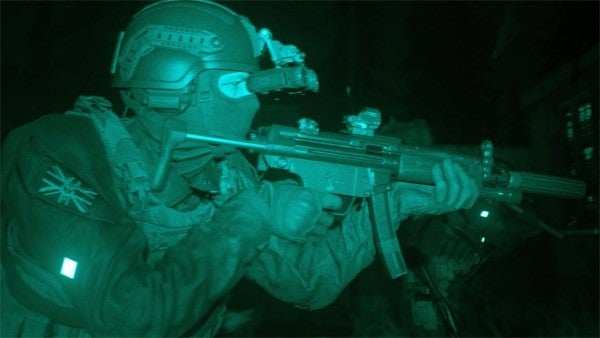 More than a decade after Activision's Infinity Ward launched Call of Duty 4: Modern Warfare, it still stands up. From the frenetic gunplay, to its compelling characters and expansive campaign, the 2007 first person shooter remains engaging and thoroughly enjoyable — hell, for old time's sake, I took a break from writing this just so I could hop on single player and insert onto a cargo ship where I laid waste to a bunch of hijackers and arms smugglers.

Come Oct. 25 players will no longer have to dust off their old consoles and deal with outdated graphics just so they can get some trigger time alongside iconic characters like Ghost, Soap McTavish, and Capt. Price, or put up with the recent string of CoD games and their over-the-top future tech, just to scratch that Team Deathmatch itch.

After two-and-a-half years of work, on May 30, Activision dropped its reveal trailer for Call of Duty: Modern Warfare, a soft reboot of the original game. The two-minute long teaser features in-game footage, and a voiceover from actor Barry Sloane who states “we get dirty so that the world stays clean.”

No stranger to playing operators, Sloane stars in History's Navy SEAL military drama SIX, and will appear in the upcoming game as Capt. Price, one of the franchise's most beloved characters.

Billed as a soft reboot, Call of Duty: Modern Warfare won't be a direct sequel to the events of the previous Modern Warfare games — which ended with the U.S. being invaded by Russia, and the world pretty much on the brink of total war, and subsequent annihilation. Instead, it's designed as a standalone with a recast of our favorite characters.

The single-player campaign will feature a mix of different perspectives, just like the earlier versions in the saga, but with an eye toward modern-day conflicts and emerging threats.

“When you're playing alongside Tier 1 Operators, you get all of the best tech toys, right? You have NVGs, you have the best weapons, you have airstrikes; the whole military industrial complex behind you,” Jacob Minkoff, Infinity Ward's single player design director told the blog. “But when you fight alongside rebels, you're the underdog; you're up against enemies that have superior technology to you. You have to use improvised munitions and weaponry like IEDs and molotovs, as well as your superior numbers, guerrilla tactics, and knowledge of the environment to get the drop on a more powerful enemy.”

The reboot includes an overhauled game engine, and some new mechanics — at least compared to the original — like the ability to shoot through certain materials. Yes, you read that correctly, hiding behind a wooden crate won't keep you safe from incoming fire. However, based on an interview between Infinity Ward's campaign gameplay director, Jacob Minkoff and PCGamesN, the level of destruction won't rise to that of DICE's Battlefield franchise.

Other details about the game include news that it won't be offering a cooperative Zombie mode, not at launch, at least, but players will be able to take on campaign missions cooperatively.

As for the multiplayer features, since it's a Call of Duty game, you can be pretty damn sure we'll see some familiar game modes, and probably a comprehensive overhaul to the perk and weapon attachment system — though details on that remain scant.

What we know for sure, is that Call of Duty is following the lead of one its chief competitors, Battlefield, which did away with season passes and pay-to-play downloadable content with Battlefield V, and despite that game's many shortcomings, allowing players to buy a game once was its crowning achievement.

Someone at Activision clearly agreed, because Call of Duty: Modern Warfare won't require players to spend more money to get access to new game modes, maps, or in-game content. What's more, it will allow for crossplay between PC, Playstation, and Xbox players, according to Forbes.

That means you can stop cursing your buddies for buying the wrong console when Call of Duty: Modern Warfare arrives on Oct. 25.