‘Spec Ops: The Line’ Is The Most Brutal War Game Ever Made

Spec Ops: The Line was one of the most brutal U.S. military war games to ever released, but you don't... 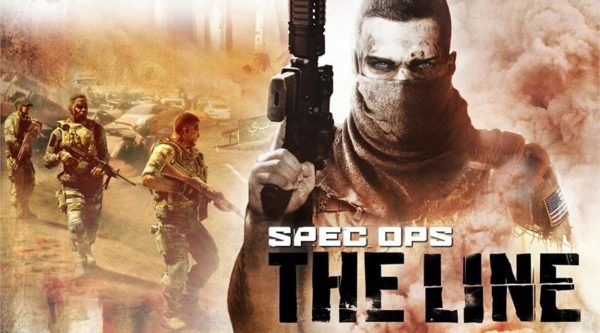 Spec Ops: The Line was one of the most brutal U.S. military war games to ever released, but you don't find out until it's too late.

The plot of the game involves a massive sandstorm burying Dubai. You play the officer in charge of a group of Delta Force operators searching for not only signs of life in the disaster-stricken city, but also a missing U.S. Army battalion, the Damned 33rd, that ended up marooned in Dubai while evacuating the city.

No, this game is not a commentary on climate change (mostly). Rather, it's a mirror for the violence unleashed in the Middle East and the idea that moral choices can possibly guide us in conflicts. While the early stages of the game are spent fighting armed refugees who survived the sandstorm, the script flips very quickly — and your team of Delta operators finds itself fighting the very U.S. soldiers they came to save.

Indeed, the most memorable sequence in the game involves Delta operators debating taking out a squad of U.S. soldiers with white phosphorus mortar rounds. The mortar devastates the U.S. troops and allows the Delta team to advance, only to discover that the soldiers were guarding civilians trying to hide from the fighting between the brigade and the insurgents in the city. All that is left are charred remains of men, women, and children.

The sequence is hauntingly paced. During the mortar set up, you are told frequently that you have a choice; the choice, though, is to quit the game, a completely outside-the-box answer from the creators.

The only way to not commit a heinous war crime is to not play. There is no other way to win.

Your orders, detailed in the beginning of the game, are to see if there are survivors and report back. Your squad learns there are survivors in the first five minutes. The mission was accomplished. But you, the player, kept playing the game until you were killing refugees turned insurgents, rogue U.S. soldiers, and finally, civilians.

This game is not an evolution in third person shooters. What it actually represents is debatable, but it truly feels like a morality test disguised as a video game. There is an easy way to test this out, too: Have a friend play and see how they feel once they are killing U.S. troops who moments before were talking about home-cooked meals.

The answer, I think, is telling.