When Their Service Ends, Veterans Are Finding A New Community in Gaming

Video games have long been thought of as a lonely hobby, conjuring up the idea of a solitary person sitting... 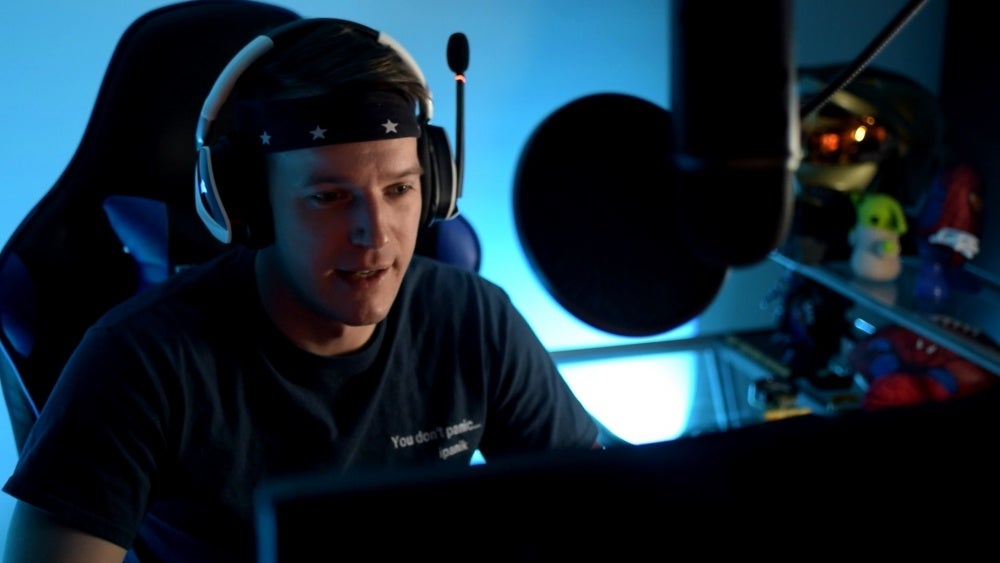 Video games have long been thought of as a lonely hobby, conjuring up the idea of a solitary person sitting on the couch, staring at a screen for hours on end. Surely, every gamer has been there. But there’s a different aspect to gaming that has been helping people, and particularly veterans, find a new way to socialize. Since the popularization of online gaming in the late 90s and 2000s, an entire community has sprung up full of people with common interests and similar goals. It is a community not unlike what veterans experienced when they were in the military, and the mental health benefits have proven crucial to many veterans in need.

Despite the fact that most people today associate technology and gaming with isolation, the gaming industry started as a very social experience. In fact, the first video game ever invented, Pong, was a two-player game. Arcade games were placed in bars and fast-food restaurants, and soon arcades sprang up all over the country. The entire gaming experience revolved around hanging out with others. Through online gaming, that same sense of community has once again become one of the most important parts of the industry, and an important part of how we connect with one another.

Veterans leaving the military often experience a sense of listlessness or isolation. They have just been a part of a regimented group with a singular goal for many years, and when that’s taken away, the impact can be severe. Add to that, the symptoms of depression, anxiety or even PTSD many veterans experience, and the challenge to resume a normal life can seem insurmountable.

But a 2018 study found that video games provide many veterans an outlet they otherwise would not have. Dr. Michelle Colder Carras, a public health researcher, explored the effect of video games on 20 U.S. military vets’ mental health. Nearly all of the veterans reported that the games helped in more ways than one: “managing moods and relieving stress; adaptive coping… and socializing.”

In the study, the researchers found that “opportunities to connect, talk, and lead others were credited as benefits of gaming.” Because many gaming narratives closely resemble real-life situations they’ve encountered, veterans are able to relate and find common ground. But this is not just found in military-related games like Counter Strike or Call of Duty. Researchers found that even when they were playing a sports game or a puzzle game, it still promoted a great deal of social interaction. One participant told researchers that playing video games gave him a chance to interact with family. “The most important thing to me now is just maintaining a good relationship with my family. And we do it through video games.”

Now more than ever, games are providing veterans and others a chance for social interaction during very uncertain times. For many, the pandemic caused a feeling of isolation like we’ve never faced before, and it was particularly hard for veterans who were already suffering from a loss of community. People all over the world have been turning to technology to stay in touch with friends and family, and to make new friends as well. In fact, by one estimate, four out of five adults in the U.S. have reported playing video games at least once in the six-month period between June and November of 2020. Technology and gaming was once blamed for keeping us isolated, but it has now proven the perfect tool to keep us in contact, form stronger bonds, and strengthen communities.

In fact, by organizing gaming tournaments, Verizon is connecting gamers and veterans alike to come together and compete. The Verizon Warrior’s Championship last year brought together top World of Warships teams from all over the world to compete for a total of $30,000 in prize money. Verizon also organized a community of veterans for the Verizon Branch Challenge. As part of the tournament, four teams of veterans were assembled from each branch of the military – the Marines, the Army, the Navy and the Air Force – and competed in an exhibition match with all prize money donated to a charity of the winner’s choice. During this unusual time, Verizon even partnered with World of Warships to host a virtual fleet week, telling veterans’ stories and faithfully recreating some of the US Navy’s greatest warships in a virtual New York City setting.

Leaving the military and coping with the immediate loss of community can be extremely challenging. Through video games like World of Warships, Verizon’s Branch Challenge tournament, and the thousands of online games available today, veterans are finding a new community. By competing or cooperating in a virtual world, veterans are able to use the skills they gained in the military and combine those with the ability to form lasting friendships and camaraderie. Online gaming provides a much-needed lifeline and support for the veterans and soldiers who’ve risked it all for our country.