The Case For Sticking Close To Your Veteran Community

I have been reading Carl Forsling’s column on Task & Purpose for some time now, and while I don’t agree... 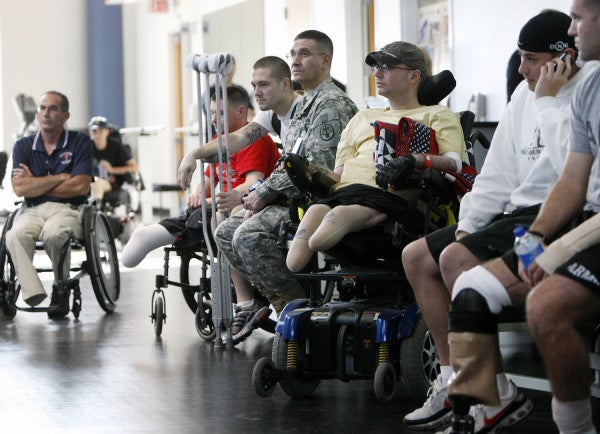 I have been reading Carl Forsling’s column on Task & Purpose for some time now, and while I don’t agree with some of his opinions, I usually keep that to myself. I could not remain silent after his last rant in which he condescendingly tells service members and veterans to stop hanging out together and go spend more time with civilians. Many people I spoke with asked, why?

“Unless you want to be known as the crazy vet at the end of the lane, you have to learn to live life among regular people again. Socializing with civilians takes some of the edge off the moto. … So get off the Playstation, go outside, and go meet some people without high-and-tights,” Forsling writes.

Forsling is very quick to pass judgement, and even forgets his own use of veteran support structures in his transition from the military. “Over half the people in my workplace are vets, and that makes a huge difference in terms of feeling like home, or in this case, much like my old squadron ready room. In a lot of ways it has the fellowship of the military, but without as many ridiculous rules,” he wrote in a previous article touting public service. Reintegration is not black and white, it is more complex and influenced by moral and social clashes resulting from the fact that these men and women decided to serve the nation before themselves. This singular life decision, conscious or not, has placed them at odds with a vast majority of the nation at some core level.

In this latest article, Forsling proclaims that the responsibility for bridging the civilian-military divide falls equally at the feet of the veterans and the civilians. I would agree in part, but I believe he makes this claim as if no one has been working on the veteran side of this issue, at length, to share our experience with a civilian audience. The problem remains finding willing participants in the communications loop. Both sides need to listen to what it means to serve, and what it means to be an American civilian. Sure, your story of flying sells pretty well at a dinner party, but the grunt’s story of killing does not. A balance is rarely struck without one side condemning the other.

In my MFA program, I was routinely ridiculed for perceived infractions on the battlefield, things that were within my normal duties and the rules of engagement, yet unpalatable to to my liberal peers. I never wrote of the worst things, and I learned early to keep my mouth shut. Some people thought my explanations of living and operating with Iraqi units were not fair to their culture, but they were not there and lack context. People wanted to know about my war to confirm their preconceived notions, not to learn about my experience. Nearly everyone felt the need to express their views on all wars to me, starting with mine. I found myself thinking, “I ate the shit sandwich, you didn’t, so please don’t tell me how it tastes.”

I’m not the only veteran going through this uncomfortable experience. One veteran I know had a coworker constantly making loud noises behind him by dropping large pieces of metal in the shop they worked in. The goal was to trigger a post-traumatic stress reaction, only with the hope of making his day more entertaining. Read the many authors of our generation who have run into problems after returning home. They struggled to explain what it is really like on the ground and have not fully reintegrated. Brian Castner describes a scene in his book, “The Long Walk,” where he visits an art gallery and is told that the best solution for a soldier is to commit suicide in war, as it is the only moral decision. I have been told similar things and while I can recognize the individual’s right to free speech, that does not make the interaction any less disturbing. Look at the public response to “American Sniper” and you’ll get a pretty clear picture of how the very tip of the spear is treated.

“But that is what you fought for,”some may claim. Great, we did. I don’t think any of us expected to be handed a set of rules of engagement that placed a greater value on the lives of the local people than our own, but we served without complaint then too. Now some choose to spend varying levels of time isolated from the society that turned a blind eye to all of this for over 13 years, and that is perfectly normal. It has happened within every generation, wartime or not. Get active in veteran outreach and you will see this spectrum. Pick up books by authors from previous wars, and you will see it happening over and over again. It is not even limited to our great country; the story is one as old as time. Forsling speaks of toning down the moto, but he needs to be a stronger ally for his comrades.

Some veterans have made a conscious decision to avoid interacting with civilians, giving rise to groups like Dysfunctional Veterans. There is nothing wrong with associating with fellow veterans. That is the first step to reintegrating and finding what level of societal interaction they are comfortable with. We need to support these points of view equally because they are building communities where the camaraderie is keeping people alive, and they know it.

So, if you are a veteran or service member who is isolated and on the Playstation, as Forsling claims, get out and find your local veterans service organizations, or vet center. It will be difficult to break that barrier, it always is. The key is finding the right place to start that reintegration process, but diving into the deep end of the pool can drive you farther into isolation. Each negative interaction veterans have on their way back into society can serve to drive them farther away from it.

The camaraderie you will find through one of these outlets is a stepping stone. A collaborative study by the Department of Veterans Affairs found that group therapy worked for the participants, reducing suicide rates to less than .01%. You don’t need to be in these therapy sessions to understand why they work; it is the same reason why we overcome incredible obstacles in the service, we don’t want to let down our brothers and sisters on our right and left. With the support of your peers, you will determine how much interaction you want with rest of society. Maybe you become fully reintegrated, maybe you don’t; that is your judgement call to make. You don’t go through it alone, and no one judges you for the decision.