From Airman To Civilian, This Gulf War Vet Never Stopped Serving Her Community 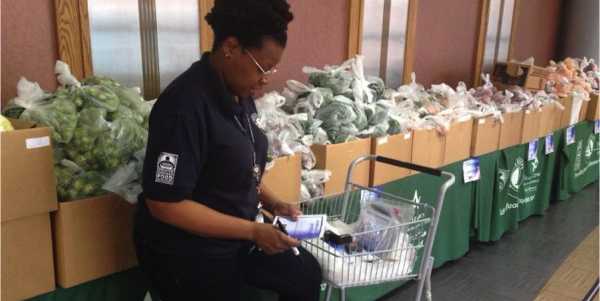 The Joint Chief’s Call to Continued Service inspires transitioning service members to leverage their military skills, intellect, and innate sense of civic obligation to become assets in the civilian communities welcoming their return. Community service provides recently transitioned veterans many positive benefits including an immediate connection to their new environment and an opportunity to commit their skills and leadership toward the betterment of their community.

It is natural for some veterans to completely embrace their new role as civilians and commit to local causes outside of the military, but for others the desire to continue serving the military community remains as strong as the day they first raised their right hand. Loretta Coleman, an Army Reserve and Gulf War-era Air Force veteran, is one such example of a veteran who continues to care for her fellow veterans long after hanging up her uniform.

In a recent interview with Coleman, she eloquently described her perspective on giving back, “I have a servant’s heart. I’ve always found some way, somewhere, somehow to volunteer.” Coleman’s service began with her enlistment in the Army Reserve in 1982 and her subsequent transfer to the active-duty Air Force as an aircraft fuel systems mechanic in 1988.

Related: Why veterans should continue serving after the military »

After over 10 years of service, she hung up the uniform in 1993, but remained connected to the military community. Over the next five years, Coleman’s journey as a military spouse took her around the world. At every new assignment, she found a way to dedicate her time and energy to the military and local community, whether it was volunteering in the on-base thrift store in Charleston, South Carolina, or the Airman’s Attic in Okinawa.

“During the Iraq and Afghanistan wars, and just hearing all the stories about troops not making it home, and the challenges many of those who did return were facing, I felt there was something I should be doing,” She said. “I can’t put the uniform back on, that’s not the solution; but there’s something I need to be doing.”

Coleman’s good nature allows her to laugh at herself, remarking, “It’s not really a straight career path; it was kind of a roundabout way that I ended up working with veterans.”

In 2008, Coleman moved back to her hometown of Chicago. “I decided I’m going to go back to school, and I’m going to figure out how I can work more closely with veterans.”

While balancing school and employment responsibilities in Chicago, she was introduced to her next great opportunity to serve veterans. “I heard about AmeriCorps a couple of years ago through a fellow veteran, who was talking about the food pantry being set up in Jesse Brown [VA Hospital] and how there was a partnership between the Greater Chicago Food Depository, which is the organization that has the AmeriCorps position.”

Since 2009, Great Chicago Food Depository has utilized the skills and determination of AmeriCorps members to fulfill its mission of providing food for hungry people while striving to end hunger in the local community. On Veterans Day 2013, it opened the first veterans food pantry in the nation at Jesse Brown VA Medical Center in Chicago. An innovative collaboration between the GCFD, AmeriCorps, and the VA, the pantry aims to serve the thousands of veterans in the community who suffer from hunger, poverty, homelessness, and mental health issues.

In September 2015, Coleman became the veterans food pantry coordinator, a substantial duty. “First and foremost, it’s my responsibility to ensure the food gets there on Tuesdays! It’s quite an interesting logistical thing; it’s not a typical pantry where we store the food, and we give them bags and say, ‘Here you go,” she describes. “We actually set out the food on tables, and we have a personal shopper that goes along the line with the veteran as they choose what they would like, so there’s active engagement there. It’s probably why the volunteers enjoy it so much. The majority of our volunteers are also veterans.”

On the day of our interview, Coleman estimated that the pantry had fed 148 veterans. “We’ve got 16,000 veterans in Cook County, approximately, that live below the poverty line,” Coleman said. “Eighteen percent of the households are getting food assistance from GCFD. And at least one of those persons is in the armed forces or has served in the armed forces.”

Serving as an AmeriCorps member has broader implications for Coleman as well. The hands-on leadership skills, peer-to-peer support, and social connections gained through volunteering significantly enhances her opportunities for future employment. In 2015, the Corporation for National and Community Service conducted a ground-breaking research report titled, “Volunteering as a Pathway to Employment,” which established evidence of a relationship between volunteering and finding employment. The report found that volunteering is associated with an increased likelihood of finding employment for all volunteers regardless of a person’s gender, age, ethnicity, geographical area, or the job market conditions.

Coleman is confident that the relationships she’s building now will enhance her employment opportunities in September when her time with AmeriCorps is complete. “It’s a great way to transition into a different career if you have a certain skillset, but you have other interests and you’re looking for some type of experience that you don’t already have.”

Coleman’s story is one example of the thousands of veterans throughout the country who continue serving their community and gain personal enrichment through service to others. Her selfless service has made her a community asset and is leading her down the path to an exciting new career.