Military service members develop a sense of pride and honor during their time in uniform, largely inspired by the tremendous... 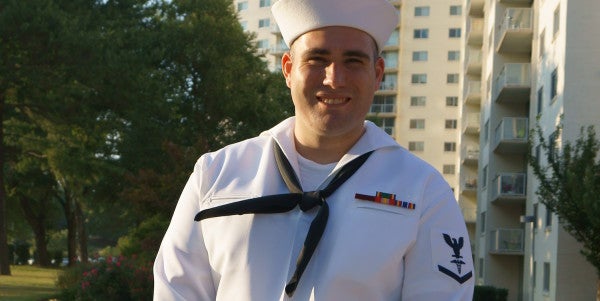 Military service members develop a sense of pride and honor during their time in uniform, largely inspired by the tremendous responsibility they assume the moment they take an oath to defend our nation. Whether after a few years or a few decades of service, inevitably, there comes a time for all of us to pack away our uniforms for the last time, and assume the title of “veteran.”

The transition from service member to veteran can leave many floundering for the sense of purpose they experienced in the military. Fortunately, opportunities to engage in meaningful continued service exist in communities across the country. The unique skills, critical thinking, and work ethic developed during military service make veterans highly sought after civic assets. Service in the community helps restore their sense of purpose by enabling veterans to impact the most pressing needs in their community, while adding new skills to their arsenal and expanding their personal and professional networks.

Tyler Wright, a Navy veteran, is at the forefront of seeking out fellow veterans and empowering them to continue their service through community-oriented projects. As the senior manager for military initiatives at Points of Light, the world’s largest organization focused on volunteerism, Wright oversees their Frontline Families program.

Frontline Families, launched in January 2016, inspires service members and their families to serve their communities. Wright says, “We found that volunteerism is complementary to the reintegration process.” By participating in Frontline Families, veterans and military families invest in their new civilian communities by volunteering to address local challenges.

Tyler Wright is the senior manager of military initiatives at Points of Light where he brings volunteer opportunities to veterans and their families across the nation through Days of Service and Frontline Families, an AmeriCorps State/National program.Courtesy photo

Wright describes Frontline Families as employing a train-the-trainer model. Frontline Family Corps members — members of the national service program AmeriCorps — train veterans and military families as volunteer leaders to help address challenges in their communities, such as homelessness and education.

“We’re all about empowering to get involved in their communities,” Wright says. “It gives them the tools to jumpstart a lifetime of service.”

Wright is intimately familiar with the concept of continued service. Enlisting in the Navy in 2008 as a hospital corpsman, specializing in maxillofacial prosthetics and periodontics, Wright was able to earn both a bachelor’s and master’s degree during his five years of service. During that time, and because of his experience, he became a de facto education mentor to other sailors in his unit.

“Being able to impart the discoveries that I made while juggling the military and college life to fellow service members, and watching them achieve their goals was something that I wanted to continue to do after I got out,” he says.

Fortunately, Wright didn’t have to wait long to accomplish that goal. Fifteen days after leaving the Navy in 2013, he began serving as an AmeriCorps VISTA at Student Veterans of America. As an outreach coordinator for SVA, Wright was able to apply his desire for mentoring veterans during their pursuit of higher education. After a year of AmeriCorps service, Wright accepted SVA’s offer for a full-time staff position as the senior regional outreach director.

Simply working within the SVA not only allowed Wright to pursue his professional goals, but the military-like mindset at SVA helped ease his transition to civilian life. “National service softened the blow for me. There was a lot of consistency, comradery and the ethos that comes along with it,” he says.

By working closely with both veterans and civilians in a professional environment, Wright was able to straddle the two contrasting cultures and develop his new civilian identity.

As his new identity took shape, Wright realized he had been “bitten by the national service bug.” He decided to broaden his focus from student veterans to empowering veterans and their families to apply their innate skills to become civic assets in their communities.

“As program manager for Frontline Families, I witness the raw talent of veterans and civilians working in tandem to address society’s most pressing needs all across the nation,” Wright says.

Wright recognizes that not all veterans will want to or be in the position to sign up for a one-year obligation with an organization like AmeriCorps. Through the Frontline Families initiatives, Wright says, “It’s showing that there are many ways to serve, whether it’s through induction into a formal program like AmeriCorps, the Peace Corps, or Teach For America, or by giving your time in bite-size pieces.”

Wright also acknowledges that this sustainable volunteerism model is not unique to Frontline Families. There are multiple veteran-specific community service organizations around the country, such as Team Red, White & Blue, Team Rubicon, The Mission Continues, and more.

Ultimately, all of these organizations are about community building. Wright puts it best: “The real inherent strength of a veteran volunteer-based network is their willingness to collaborate. So it’s not just about veterans; it’s about society. And veterans are one key component of that.”