It’s Time We Require Women To Register For The Draft

Now that the Department of Defense has officially opened all combat jobs to women, the requirement for women to register... 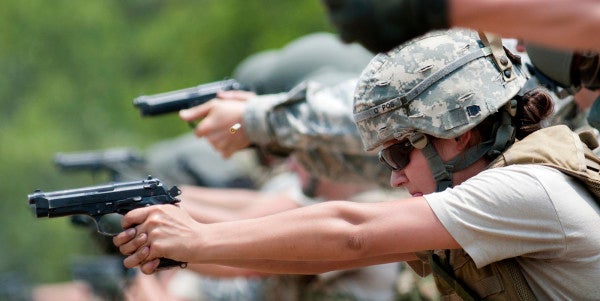 Now that the Department of Defense has officially opened all combat jobs to women, the requirement for women to register for the Selective Service — the draft — is likely inevitable.

All U.S. citizens — men and women — should be required to register for Selective Service at age 18. Currently, women are not even permitted to voluntarily enroll.

Allowing women to enroll in Selective Service would require congressional action, and has been addressed by the federal legislative and judicial branches no less than four times since 1981. Each time, the sole objection was that women were barred from combat jobs, a barrier that no longer exists.

Just as excluding qualified women from combat billets was based on antiquated sexist cultural norms, women’s legal exemption from the draft is obsolete. It implies that in the most dire of national emergencies requiring the institution of a draft, women’s military service is not valuable. Yet, women have volunteered in every conflict this country has ever faced. During the Vietnam War, when men were being drafted, more women volunteered to go overseas than the military was able to accommodate. Since then, women have grown to nearly 15% of the all-volunteer force since its inception in 1973.

Members of the federal government from both political parties — from President Obama and Republican members of Congress — have indicated that the Selective Service law should be reviewed. Since 2013, two federal cases have been filed with the complaint that the current Selective Service law is discriminatory on the basis of gender. One of the plaintiffs is a teenaged girl, while the other, ironically, is an historically anti-feminist men’s rights group.

It’s only a matter of time before the law will change. And it’s unlikely to be as simple as adding “and women” or changing language to “all citizens” within the current law. Congress will have to address what will happen when married couples are drafted. Hardship deferments already exist for those who must care for dependents.

Reviewing the law would also be an opportunity to address other ways that people can serve beyond the military. According to the current law, conscientious objectors who are drafted will still be required to serve, but will be placed in noncombatant roles serving in their local communities in jobs in “conservation, caring for the very young or very old, education, and healthcare.” A new law could add additional categories of public service, and even provide exemption to those participating in other critical service programs, such as Teach for America, AmeriCorps, and the Peace Corps.

Barring women from registration with Selective Service would weaken the military in a time of war by disregarding 50% of the nation’s skills and talent. We have learned in the last 15 years that women’s presence both on the battlefield and in enabler positions is indispensable. In times of national emergency, victory relies not only on brute strength, but on the innovation, intelligence, and critical thinking of all citizens.