The response to my post about national service has been interesting to say the least. With comments running the gamut... 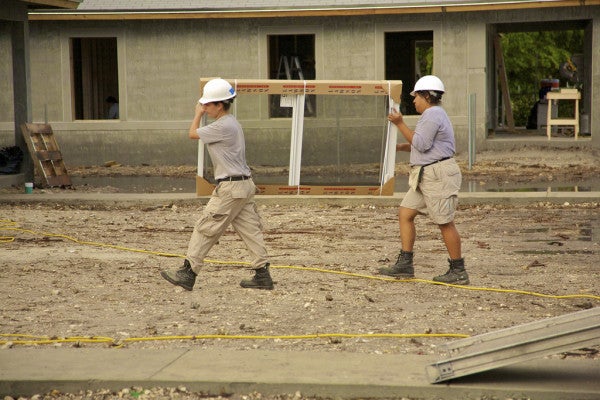 The response to my post about national service has been interesting to say the least. With comments running the gamut on the Task & Purpose site and Hirepurpose’s Facebook page, I believe it’s worthwhile to follow up.

First and foremost, what I proposed was that national service should not focus only on military service. As a Marine, I may personally believe the military is the best way for people to serve their country. However, it is not practical on a national scale. Not everyone is fit for military service either physically or mentally. Also serving in the Peace Corps or AmeriCorps can make just as big an impact. Lastly, I envision a national service program as something that citizens want to do and feel pride in doing. The chances of that greatly increase if, within the program, we offer choices that fit with each person’s ideas of what service should be.

Secondly, many of the comments centered on the length of time for this mandatory (or heavily incentivized) service. A lot of people said one year was not enough time. I think, again, it’s important to balance the requirements of each service option with what is practical. As someone who has served for many years, I may think one year is a relative pittance. But, for those that have never served in any program or any capacity, requiring more than one year of someone’s life might be asking too much.

Lastly, some readers commented that they rejected the idea because they did not or do not want to be forced to do anything they don’t want to do. They believe it is unconstitutional and a violation of their basic freedoms. To these people I say I completely understand the impulse to reject an encroachment on our personal freedoms. It’s in our American DNA. But freedom is not absolute. That is anarchy. What the Founding Fathers tried to establish was a system of government that allows a citizen to be as free as possible within an organization structure. Laws, by their nature, constrict us. They reduce the number of accepted actions. They compel us to act in certain ways for the good of the community we have agreed to establish.

Many of these laws may seem burdensome, but that doesn’t make them unconstitutional or unnecessary. For example, the draft was constitutional. And selective service is still in effect. If there was another world war, people would be called to duty, even against their will. So the constitutionality argument would not seem to apply here. But, even if it was correct, I would then argue that this national service program would be built on an even stronger foundation if we implemented it as a constitutional amendment. That would mean a large majority of the nation or the nation’s representatives would have agreed that this was necessary for the betterment of the country.

What’s interesting is when I often tell people that everyone should serve, the number one response is, “Well, I pay my taxes.”

But, ask yourself, why do you pay those taxes? Because it’s the law. Because you must or risk going to jail. Because the constitution was amended to require you to. If that law, if that amendment, were repealed today, how many Americans would choose to voluntarily donate their hard-earned money? I would contend not many. Not nearly enough to provide the country with the funds to function.

Well now I am saying the same thing with regards to your time. To find that common, prosperous future, citizens need to contribute part of their time and efforts to serve their fellow Americans. Period.