The American Military Should Be Pissed About The CIA Torture Report

The release of the unclassified executive summary detailing the CIA’s interrogation program and ongoing conversations about its contents should be... 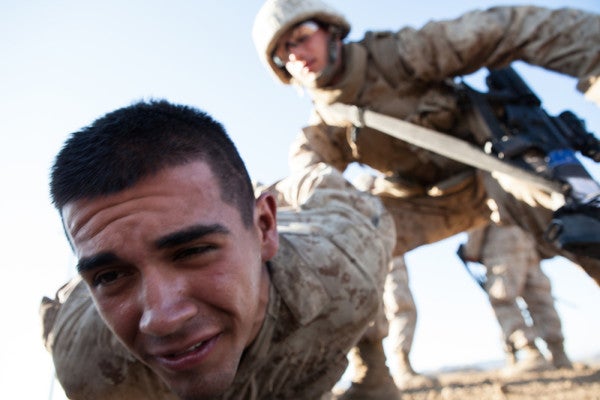 The release of the unclassified executive summary detailing the CIA’s interrogation program and ongoing conversations about its contents should be of particular concern among service members, a group that has shouldered a considerable burden throughout the duration of the Global War on Terror. Over the past decade, U.S. troops have been held up by our leaders and civilians as the guarantors of our nation’s freedoms and the protectors of our way of life. If we believe that those things are in any way true, we should be deeply offended at the report’s contents and the actions of the CIA. As veterans, we should call upon our leaders to swiftly correct the injustices described in the report, implore them to institute policies so that they may never happen again, and encourage our fellow citizens to do the same. We should not appear to lend our support and approval, tacit or otherwise, to practices that amount to torture.

It is easy to cite the horrific nature of the attacks on 9/11 as justification for the use of otherwise savage methods to acquire information from those captured on the battlefield in order to prevent future attacks and save lives. It is similarly easy to convince ourselves that the nature of warfare has changed so much that the protections afforded to enemy combatants under the Geneva Convention may no longer be relevant, or that we can make exceptions. Such sentiments are appealing.

Joe Scarborough, host of the MSNBC’s flagship morning program “Morning Joe,” and guest Nicole Wallace, who served as George W. Bush’s communications director, highlighted these notions in a debate following the report’s release. Wallace said at one point, “I pray to God that, until the end of time, we do whatever we have to do to find out what's happening. And, the notion that this somehow makes America less great is asinine and dangerous.”

Scarborough echoed this position. “My point is that the American people support these type of activities,” he said. “Whatever it takes. Keep the country safe. You can look at it, whether it's a drone policy, whether it's NSA, at the end of the day, keep us safe.”

Veterans should not be fooled by these politicized sentiments. Suggestions that torture is permissible in order to secure America’s safety should make veterans uncomfortable. If rendition and torture are a necessary part of this war, then we service members and veterans have defended these brutal actions. We know that’s not true. We have not sacrificed so much to let our ideals be easily cast aside through the path of least resistance. We know that torture is morally wrong and it is morally unacceptable. If we accept the idea that we are the guarantors of freedom and the guardians of the American way of life, we must also accept that torture besmirched our honor.

Throughout our military careers, we are taught the importance of the Geneva Convention and other humanitarian and international laws. Granted, our enemies often do not abide by the Geneva Convention, but that doesn’t mean that we should abandon it or our ideals of justice and fairness. The Eighth Amendment, ratified in 1791, commits the United States to the ideal that “cruel and unusual punishment” punishment will not be inflicted, nor tolerated. The military had its own issues with the misconduct of detainee operations, and they were exposed and rectified. Our military also has incidents of gross wrongdoing in its past, such as at My Lai in Vietnam and at Haditha in Iraq. And its worth noting the CIA’s activities were not conducted under the duress of imminent combat or in a misguided reprisal for an IED attack. They were systematic, bureaucratic, and sanctioned by high-level government officials.

The mere release of this study is not what strengthens our enemies or weakens us. The fact that we engaged in acts of torture, while simultaneously casting the war on terrorism as a struggle between good and evil, is what strengthens our enemies, weakens our position in the world, and puts our brothers and sisters at risk. It is difficult to argue that America is a beacon of hope — the exception to the rest of the world — and imply a sense of moral superiority over the enemy that mutilates service members and civilians it captures, while we conduct lengthy interrogations that result in death, severe psychological trauma, and anal fissures and rectal prolapse. In our fear and zeal to protect our lives and freedoms, Americans became the same sort of monsters we are trying to combat and it isn’t even clear that our methods worked. Furthermore, it gives our enemies far too much credit when we sacrifice our ideals, break our own laws, and suggest that the very nature of warfare has somehow changed because of how they attacked us.

As service members and veterans, our words carry a great deal of gravitas, and we are now in a position to influence how our fellow citizens view the conduct of war and can demand change at the highest levels of government. We hold ourselves to a high standard and we should expect our leaders to do the same. Those who took part in these activities, sanctioned or otherwise, violated international treaties to which the United States are signatories. When we were in service to this great nation, we were held accountable for our actions. It’s time that we stop excusing immoral, unethical, and illegal actions in others and insist that they too are held accountable for theirs.