Earlier this week, Task & Purpose published an extensive report on the systematic harassment and denigration of women in the... 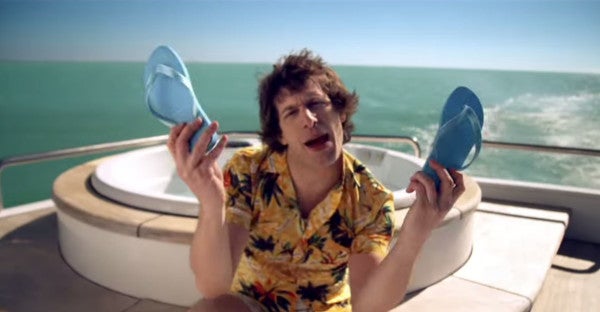 Earlier this week, Task & Purpose published an extensive report on the systematic harassment and denigration of women in the military on social media.

Task & Purpose called on all Marine Corps leaders — from noncommissioned officers all the way up to the commandant — to stamp out this hatred and discrimination from within its ranks.

We received a lot of super constructive feedback about the report from the people who run and comment on the pages [Editor's note: sarcasm], and one of the most common refrains is that they have a right to free speech, so they can say whatever the hell they want, military be damned.

Indeed, Cpl. Brandon Bolyard, one of the Marines identified in the report for making a rape joke, defended himself with such an argument on the Task & Purpose Facebook page.

“Just because someone finds something offensive doesn't mean it should be blatantly censored and suppressed. That goes against the very fiber of this countries liberties ,” Bolyard wrote.

But the military can — and, in fact, actively does — limit free speech and expression in the interest of protecting good order and discipline. It's a power instilled in the hands of military leaders through Article 134 of the Uniformed Code of Military Justice, which prohibits, “all disorders and neglects to the prejudice of good order and discipline in the armed forces, all conduct of a nature to bring discredit upon the armed forces.”

What's unclear to me, and to many opponents of these pages, is why the Corps doesn't seem to view the conduct on these pages as enough of a threat to good order and discipline and enough of a discredit to the armed forces to comprehensively combat.

There are ample examples of how the military limits free speech that speak directly to why there should be no room for discriminatory speech within its ranks. Instances like the 2012 discharge of Marine Sgt. Gary Stein, who was posting dumb things about the president on Facebook.

Then there are ridiculous examples of things the military does on a regular basis that directly influence how its service members express and conduct themselves, all in the name of good order and discipline.

So let's instead look at those things, because I think it paints a startling picture of priorities.

The Marine Corps calls them shower shoes, perhaps as part of an intricate marketing ploy to make it clear that's the only damn place you're allowed to wear them.

Freedom of speech includes freedom of expression, which, for most Americans, means the ability to wear whatever your heart desires.

Not for Marines, though. Because if you were to adorn your feet with foam pads attached only by a thin strap between two toes, well, that would only make the Taliban stronger.

The Marine Corps doesn't ban all tattoos, just the ones that are bigger than your hand, visible outside of a t-shirt and those short little green running shorts, sleeve tattoos, or tattoos on your face and neck.

“The overall intent of the policy is to ensure Marines can remain worldwide assignable, by maintain the professional demeanor and high standards expected of the Corps,” a 2010 Marine release reads.

In that same release, the then-sergeant major of the Marine Corps, Carlton Kent, said it was because the Corps wanted “to allow them [Marines] opportunities within the Corps and once they leave the service.”

The implication here is that if you have visible tattoos, you won’t be able to get a job outside of the military, that’s why veterans have a hard time finding jobs, it’s the tattoos.

But these days, tattoos are a broad part of popular culture. People from the fast-food industry to Wall Street banks sport tattoos, including members of Congress like Marine veteran Rep. Duncan Hunter, a Republican from California, who reportedly rocks awesome half sleeves.

It’s also possible that America has had a president with a tattoo. But we’ll never know, because no one ever got a good enough photo of Teddy Roosevelt naked.

The U.S. Army recently drew criticisms for tightening the parameters under which black women could wear their hair.

There’s good sense behind some restrictions on hairstyles — hygiene, uniformity, the ability to wear military equipment. But there isn’t is a good reason to mandate that someone can’t have cornrows more than1/8th of an inch apart.

That’s a clear infringement on freedom of expression, and some women, like Petty Officer 2nd Class Jessica Sims, opted to be discharged rather than have a limiting hairstyle slanted heavily on the basis of race.

This one is my favorite. I mentioned it in my article on the sexist Facebook pages. There’s a sweeping general order for the Marines in southwestern Afghanistan that bans pornography.

I don’t know what’s worse with that definition, the lack of the Oxford comma, or the idea of pornographic drawings or books.