Don’t Die In The Zombie Apocalypse. Follow These 9 Steps.

If you're reading this, chances are you're a service member, so you probably already have a pretty solid zombie escape... 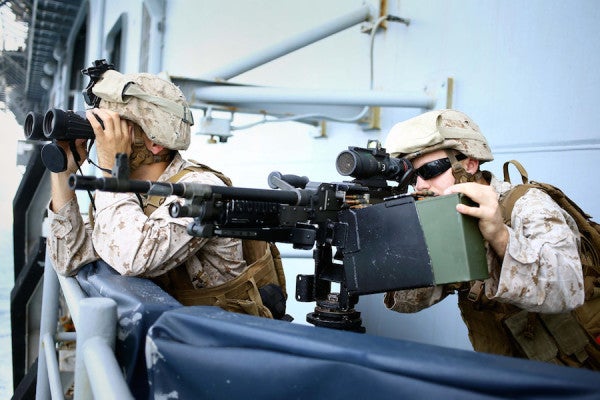 If you're reading this, chances are you're a service member, so you probably already have a pretty solid zombie escape and survival plan. Personally, I've never met a single service member who did not have one. That could just be because I was stationed out of Twentynine Palms, California, and everyone who's ever been there for more than an hour agrees that it is the place where the undead will probably first begin to rise up to feast on the living. (Probably just start clambering right out of Amboy Crater and blend right in with all the meth heads.) For those who don't know what I'm talking about, don't worry. We already have pre-planned artillery targets established there, so that will slow the zombies down a bit.

Terrible duty stations notwithstanding, I'm going to assume that you already have a plan in place. And it undoubtedly has all the basics covered: escape routes, vehicles, weaponry, food supplies, cool quips for when you dispatch a zombie in a particularly impressive way.

Related: 6 military procedures you should stop doing immediately during a zombie apocalypse.

But what may have applied when you were living on or near a base may no longer apply in civilian life. For example, living in New York City, I have absolutely no access to firearms, or any weapon deadlier than my old ceremonial sword. And that thing is basically a giant butter knife with a ridiculous black tassel thing on it, so it's not going to do much good when it comes to chopping heads off.

So, I've jotted down a few pointers to help update your zombie survival plan for civilian life:

I'm sure the plan you already had was a stellar one, but these bullet points are pretty universally applicable additions you should consider. After all, it's better to take these extra preparations and not need them than to wish you'd listened to me as zombies are chewing on the freshly shaved sides of your head. And those survivors within earshot who heeded my insight will shake their scruffy heads at your screams while undead teeth try to chew through the pieces of an Ektorp couch duct taped to their arms. Then I, with my razor-sharp Mameluke sword, will lead the motorcycle-helmeted masses to my buddy Will's place down in Georgia. Because he's in the middle of nowhere, has a ton of guns, and probably has a way more-thought-out plan than I do.