11 Things You Should Never Do In A Military Town

You're rolling out of bed, it’s the morning after a long weekend. There's a ringing in your ears, and your... 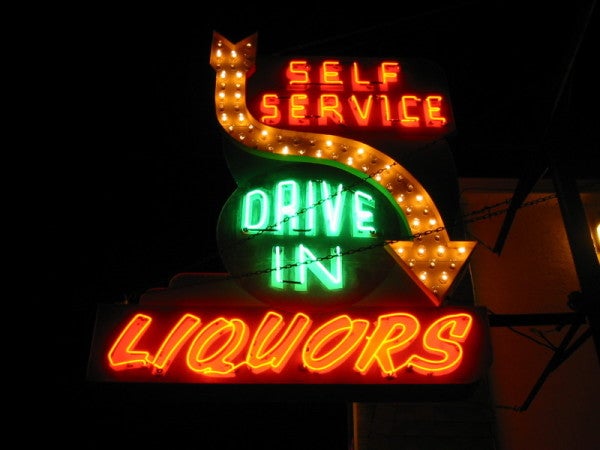 You're rolling out of bed, it’s the morning after a long weekend. There's a ringing in your ears, and your lower back hurts like hell. Then there's a sinking pit in your gut as you look around your trashed barracks room. The television is gone, along with most of your issued gear. Next to your wallet, you can see a receipt from the “Stuff For Cash” pawn shop downtown. As you wipe the remaining sleep from your eyes, you notice barely legible writing on your forearm. In bold letters is a woman's name with too many “Y”s, “E”s, or “I”s at the end of it, and a phone number with only six digits.

As you stagger over to the mirror and splash cold water on your face, you catch a glimpse of something on your lower back as you turn away. There, in all its puffy red glory is a zombie Hello Kitty tramp stamp, replete with Marine Corps-issue flak and Kevlar.

Being a boot Marine stationed at Camp Lejeune, North Carolina, or any other installation next to a military town, means that sooner or later you're going to wake up one morning in a situation very similar to this — or this exact one, who knows — I will neither confirm nor deny how much of this article is autobiographical. Most of it. Thankfully, a buddy got the tramp stamp, not me.

As you're exploring the wild flora and fauna of your military town, keep your wits about you, and heed these warnings.

Do not bar crawl. In Jacksonville, North Carolina, the businesses are set up in the most insidious way imaginable with bars, strip clubs, and pawn shops all neatly lined up along the road. It’s just one store after another selling poor-life decisions at discount prices. It doesn’t take much to imagine what happens when you have Marines enter one place, get plastered, stumble out the door into a tattoo parlor, and then walk another 30 feet to a strip club next to a pawn shop.

Try not to pick fights with bouncers. The guys manning the door at the bars and clubs in town probably had Charles Bronson as a life coach. Just consider the type of ‘roided-out beast that takes a job at a nightclub next to a large military base. I imagine the interview process involves questions like, “How many Marines can you get in a headlock at one time?”

Spend your money wisely. In military towns, you can use layaway for everything. There are businesses that let you pay for things like televisions, couches, and mini fridges in installments using the same method of purchasing that is normally reserved for a car or a house. And don’t forget the interest. If you need to layaway for a television, then you can’t afford it right now.

Bare in mind that local tattoo artists are usually as drunk as you are.

Don’t forget to eat. Nickel drafts literally cost a nickel, and beer is often cheaper than food — but sustenance is a good idea if you expect to make it back to the barracks room in one piece.

You can’t escape the Corps, accept it. You have to drive four hours if you want to stop hearing, “Hey there you!” “Err,” “Motivate!” “Yut.” or “Semperrrr!”

Never go out strapped for cash. If you do, you may discover why all the missing gear ends up at pawn shops. There are endless bins with military clothing and miscellaneous equipment, and you might even find that pair of glove inserts with your initials and the last four of social security number etched on the back in marker. I really never understood how pawn shops in Jacksonville weren't shut down; they're selling government gear that was usually stolen, or hocked by a Marine on a bender who needed singles for the strip club down the road.

If a strip club is empty on a Friday night, there’s a reason. You’ve discovered the “discount” strip club, and it is the saddest place on the planet. Period. It’s dead puppies sad. They’re normally dismal places anyway, but there’s always that one club that’s more depressing than the others, and for Camp Lejeune, it was the Driftwood. I wouldn’t be shocked to hear they did coupon nights. Hell, I went right after I got back from Afghanistan, and not even seven months of desert goggles could keep me in there longer than five minutes.

Don’t bother trying to look nice for the ladies, you look exactly like everyone else. Military towns are the only places in the country where having a ridiculous moto haircut is normal, and guys with regular hair are the weird ones.

Try not to dress like a boot. If you want to avoid the dirty looks, or 2 a.m motivational speeches from hammered senior Marines at the bar, then try not to look like your first sergeant dressed you. If your Friday night attire includes Oakleys, running shoes, white socks, clunky digital watches, and a ridiculous t-shirt with a wolf howling at the moonlight from atop a cliff, then you’re in need of a change.

Don’t pick up girls in military towns. Every one is either a service member, a spouse, significant other, or military brat. A bit of advice, make the four-hour drive to the nearest city.

For junior enlisted personnel, a day out on the town is a bit like spoiled milk. You know it’s bad, and smells terrible, but you still have to do the taste test to be sure.