The military’s investigation into Marines’ non-consensual distribution of explicit photos of their fellow servicewomen is beginning to take shape. On... 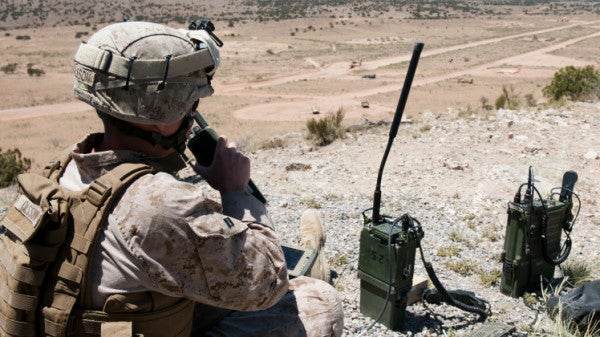 The military’s investigation into Marines’ non-consensual distribution of explicit photos of their fellow servicewomen is beginning to take shape. On Thursday, Democratic Rep. Jackie Speier of California announced that the Naval Criminal Investigative Service has identified more than one thousand members of the “Marines United” Facebook group that’s become synonymous with misogyny and sexism in the U.S. armed forces.

Speier, a ranking member on the House Armed Services Military Personnel Subcommittee, revealed details of the NCIS investigation to the press while introducing new legislation designed to amend the Uniform Code of Military Justice to “explicitly prohibit the dissemination of non-consensual pornography.”

“In 2013, I made it clear that these attacks undermined the morale of our troops, affected our combat readiness; and diminished our military in the eyes of our enemies. And yet, here we are four years later, and nothing has changed,” said Speier. “The toxic rot that has pervaded our military culture has spread. Hundreds of women, in all branches of the military, continue to find their careers and lives destroyed by the complete failure of military leadership to protect their troops and enforce their creed of good order and discipline.”

But Speier’s attempt to stamp out that toxic rot are inherently flawed. The UCMJ only applies to active-duty troops and reservists, leaving veterans protected from military courts by their DD-214 discharge papers. That means, based on the figures presented by Speier on Thursday, some 350 veterans identified by NCIS may avoid prosecution for their crimes.

In a hearing before the Senate Armed Services Committee on Tuesday, Marine Corps Commandant Gen. Robert Neller stated that an estimated 500 of Marines United’s thousands of members were believed to have accessed troves of explicit media on Dropbox and Google Drive accounts analyzed by NCIS.

“From my experiences in the military, there is a deeper cultural issue that needs to be addressed because you are not going to be able to police people 24/7,” said Rep. Martha McSally, a Republican from Arizona and retired Air Force colonel, during the Senate Armed Services Committee hearing on Tuesday. “The long-term solution is this deeper cultural issue and that's where I'm going to be on them and all the services pretty aggressively.”