Officials with the Naval Criminal Investigative Service have reviewed more than 131,000 images spread across 168 websites as part of... 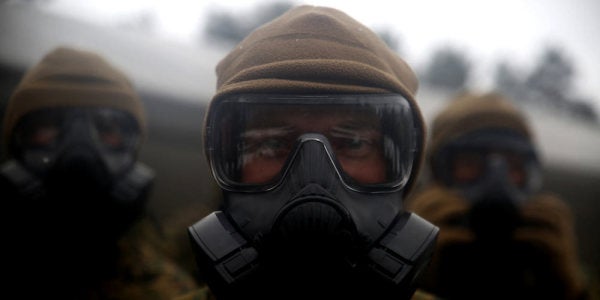 Officials with the Naval Criminal Investigative Service have reviewed more than 131,000 images spread across 168 websites as part of the military’s investigation into the non-consensual distribution of explicit photos and videos in the two months since the “Marines United” scandal broke, a congresswoman with knowledge of the investigation has told Task & Purpose.

The scope of the NCIS investigation expands daily, Speier said. “I had a staff member literally Google ‘Tumblr Army naked’ and find numerous pages of websites that show servicemembers in intimate situations,” she told Task & Purpose. “We gave those pages to NCIS, and they were able to identify about 90 new photos.”

The revelation comes one day after the Department of Defense’s Sexual Assault Prevention and Response Office released its report on sexual assault in the military in 2016. The report showed that 1.3% of military women — at least 2,600 of the 207,438 female service members on active duty, as of February — reported that a coworker at the DoD at some point “took or shared sexually suggestive pictures or videos of them without their consent” that year.

Speier has been fighting against online misogyny and sexual exploitation in the military since 2013, but she told T&P; that it wasn’t until an investigation by Reveal News and the War Horse revealed the existence of the “Marines United” Facebook group last March that her colleagues in Congress decided to take action.

“I've been impressed by the willingness of colleagues on both sides of the aisle to address this issue,” she said. “They're often unwilling to engage in issues of sexual assault, but [Marines United] has really struck a chord because it’s something tangible. In a sexual assault investigation, it's often 'he said, she said,' even when 90% of the reports are factual. In this case, there’s proof you can see.”

The congresswoman declined to provide details on the status of the investigation and any forthcoming court-martial proceedings. But she did say that prosecutions are complicated by investigators’ inability to access Google Drive links to caches of explicit photographs shared among servicemembers. Google requires a subpoena, warrant or court order to before it will disclose user information to law enforcement agencies. In 2016, Google received 45,000 requests and only produced data for 60% of them, the lowest response rate since 2010.

Without access, NCIS investigators are limited in determining who first produced and distributed illicit photos.

“[NCIS] may be able to move on Article 134” — conduct prejudicial to good order and discipline under the UCMJ — “but it would be very beneficial to have access to those drives,” Speier said.

Speier plans on reviving the Intimate Privacy Protection Act, which she first introduced in 2016, to make the non-consensual distribution of explicit photos and videos a federal crime. She told Task & Purpose that statute would give military and federal investigators more legal leeway to access private data like those Google Drives in the course of an investigation.

But as far as Speier’s concerned, no law will compare to a cultural shift in how the armed forces deal with sexism and misogyny in the ranks — a shift that she says requires harsher punishments by commanding officers for offenders.

“I’m not supportive of that,” she said. “If anything, these guys need a great deal of counseling.”