As military officials and lawmakers hold hearing after hearing to assess the nude-photo-sharing scandal that rocked the armed forces in... 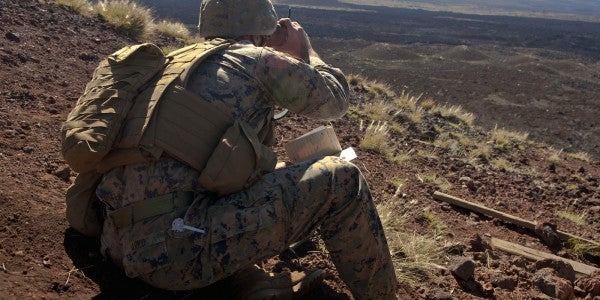 As military officials and lawmakers hold hearing after hearing to assess the nude-photo-sharing scandal that rocked the armed forces in early March, the servicemen who engaged in the disgusting behavior have a message for investigators: You can’t catch us all.

Despite the threat of the ongoing NCIS investigation into the “Marines United” Facebook group at the heart of the scandal, servicemen continue to upload and distribute explicit photos of servicewomen, female veterans, and civilians in apparent defiance of authorities, journalist and Marine veteran James LaPorta reported for the Daily Beast on Tuesday. From his report:

A female Marine reservist is the newest victim of an ongoing effort by current and former Marines to share nude photos of fellow servicemembers without their consent.

A Facebook group called Marines United 3.0, taking its name from the original Facebook group shut down in January for sharing nude photos, continues to flout the Marine Corps and Congress by circulating photos, including at least one new cache. The group has resorted to extreme vetting of members—including a demand that aspirants post a nude photo—to prevent infiltration, according to a source within the group.

According to LaPorta, NCIS has identified at least 17 smaller offshoots of the original Marines United page engaged in the distribution of the explicit material. As Task & Purpose reported earlier this month, Marines United is comparable to a digital hydra: When one group shuts down, several more rise from the ashes to take its place.

The veterans who run these groups, no longer subject to the Uniform Code of Military Justice, don’t seem at all worried about invading the privacy of unsuspecting women. “I don’t see a legal issue with it,” Former Marine Lance Cpl. Cody Fielder, an administrator of a new Marines United group, told LaPorta. “I do think there’s a moral issue with it, but there’s a lot of difference between the law and your own moral code… If the law wants to get involved, show me the passage that says this is illegal.”

“Keep it organized and post only the nastiest shit,” Fielder posted to Marines United 3.0 on Thursday. “Nothing illegal (underage), is all I ask.”

“Marines must never engage in commentary or publish content on social networking platforms or through other forms of communication that harm good order and discipline or that bring discredit upon themselves, their unit, or the Marine Corps,” according to the new Marine Corps guidelines issued by Marine Commandant Gen. Robert Neller last week.

“No one has ever gone on Facebook, looked at non-consensually posted intimate photos, typed a rape threat and then stopped and said, ‘Oh, I better not make rape threats. That’s against the military social media policy,’” Speier said.