As snow pounded the capitol Tuesday, the Senate Armed Services Committee convened for the first official hearing on the nude... 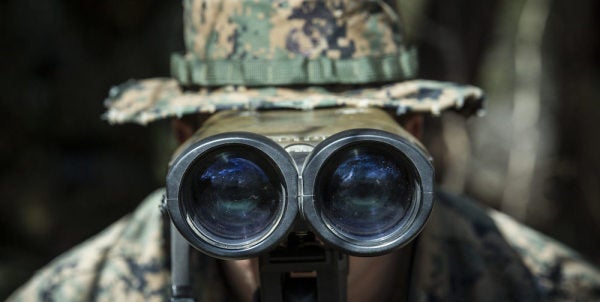 As snow pounded the capitol Tuesday, the Senate Armed Services Committee convened for the first official hearing on the nude photo-sharing scandal that’s rocked the Department of Defense and cast a pall over the Marine Corps in recent weeks.

Acting Navy Secretary Sean Stackley, Marine Corps Commandant Gen. Robert Neller, and Sgt. Maj. of the Marine Corps Ronald Green all appeared before a panel of lawmakers to attempt to untangle the culture of sexism and misogyny that gave rise to “Marines United,” the resurgent 30,000-strong Facebook group at the center of the scandal.

One of the most disturbing revelations from the hearing came from Sen. Kirsten Gillibrand, a Democrat from New York, who revealed that it’s not just servicewomen but female civilians who have been affected by the predatory coterie of Marines United.

“I spoke to a civilian yesterday who has been continued to been harassed in her community because her ex-boyfriend exploited her online,” Gillibrand said. The senator’s office clarified to Task & Purpose that the civilian’s ex-boyfriend, who was a Marine, exploited her by sharing nude photo in the Marines United Facebook Group.

Two sources, one civilian and one a Marine veteran, had previously told Task & Purpose that many members of Marines Untied actively posted photos of civilian conquests without consent. The veteran alleged that, at one point in the group’s history, a Marine livestreamed sexual intercourse with an unsuspecting civilian directly into Marines United. Task & Purpose could not independently confirm this allegation.

“Who has been held accountable?” a skeptical Gillibrand spat at Neller. “Have you actually investigated or found guilty anybody?”

“I don't have a good answer for you,” replied Gen. Neller. “That's a lame answer.”

Democratic Sen. Tim Kaine of Virginia echoed Gillibrand’s fury, questioning Stackley about similar activity in other branches of the military. “I have a hard time believing that this massive sharing … is just limited to this branch … Do you believe this activity is limited to the Marine Corps.”

Secretary of Defense James Mattis on Friday condemned the actions of those involved as “egregious violations of the fundamental values we uphold at the Department of Defense,” pledging that officials would “investigate potential misconduct and to maintain good order and discipline throughout our armed forces.”

Related: Mattis To ‘Marines United’ Group: ‘We Will Not Excuse Or Tolerate Such Behavior’ »

Stackley echoed Mattis’ comments during the Tuesday hearing, stating that the Marines United scandal represents a “grievous breakdown of good order and discipline” that amounts to an “insider threat” that undermines the integrity and unit cohesion essential to the Corps.

Both Neller and acting Stackley affirmed that those responsible for the photo-sharing that took place in Marines United and its subsequent iterations would be prosecuted to the fullest extent under the Uniform Code of Military Justice, likely under Articles 120 (taking and distributing explicit photos without permission) and 134 (conduct prejudicial to the “good order and discipline” we keep hearing about).

A two-page “White Letter” composed by Neller and obtained by Military.com ordered senior Marine leaders to provide support for victims of Marines United and other photo-sharing groups and “educate” troops on appropriate online conduct. Neller’s letter indicated that an update to the Corps’ 2010 social media guidelines is imminent.