The reports of the demise of ‘Marines United' are greatly exaggerated. The 30,000-member Facebook group that served as ground zero... 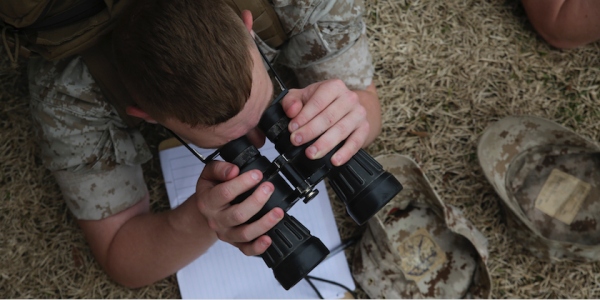 The reports of the demise of ‘Marines United' are greatly exaggerated.

The 30,000-member Facebook group that served as ground zero for the nude photo-sharing scandal that’s rocked the Marine Corps is alive and well. Despite an ongoing investigation by the Naval Criminal Investigative Service and a harsh warning from Marine Commandant Gen. Robert Neller, the members of a new private Facebook group called “Marines United 2.0” (or MU2.0, apparently) have resumed uploading and sharing explicit photos of their fellow servicewomen.

The comments on one video make reference to the woman featured as a 'POG' (for civilians: a 'person-other-than-grunt,' or support personnel), as well as the new DropBox folders containing explicit images and videos salvaged from the original Marines United group.

Related: There Are No More Excuses For Neglecting Our Sisters-In-Arms »

Distributing explicit photos of their sisters-in-arms appears to be an act of defiance in the wake of the scandal. The members of the new Marines United 2.0 Facebook group aren’t just sharing nudes, but taunting both government and military officials who have promised to squelch this nasty trend.

“It would be hilarious if one of these FBI or (Naval Criminal Investigative Service) fucks found their wife on here,” one member wrote, according to CNN.

“They can investigate all they want,” another wrote. “It’s not illegal to share nudes lol.”

Others claimed that such activity was protected under the First Amendment right to freedom of speech, which legal experts have pointed out is a weak, idiotic argument.

Since the original story about the photo-sharing scandal broke on Saturday, several servicewomen have come forward to share their experience with having their privacy violated by their fellow Marines. Elle Audra, who left the Marines in 2010, told Marine Corps Times that she started receiving harassing messages that suggested her photos had shown up on original Marines United page.

“The messages are usually something around like: ‘Where were you when I was in? I would've fucked you too,’” Audra told Marine Corps Times. “I advocate for survivors of sexual assault and I'm beyond relieved that someone finally told the truth about what actually happens to most female Marines. I believe this is a start to a better and safer Marine Corps.”

Members of the group responded to LaPorta’s reporting by threatening both him and his son over social media, while the group administrator named Chris Stiffler (yes, really) cautioned members from admitting Blue Falcons, a comrade-in-arms who screws over his fellow soldiers.

“Everyone in this forum is open to all active and former military,” wrote Stiffler. “Just please be careful on who you approve request for because we don’t need any goddamn Blue Falcons up in this mother******”

Stiffler also posted a warning to journalists writing about the group. “If you are going to talk about me get it right,” he added. “It’s MU2.0 not MU2. Fucking rookies.”

Stiffler did not immediately respond to requests for comment.