Two active-duty Marines have been punished as part of the broader crackdown on online misconduct stemming from the “Marines United”... 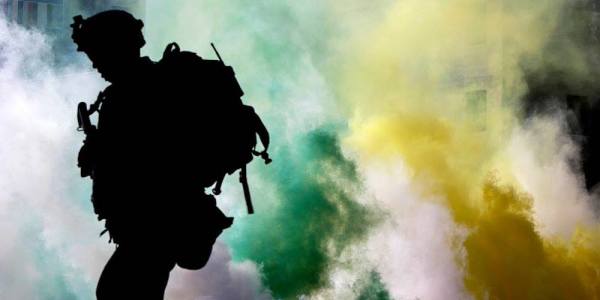 Two active-duty Marines have been punished as part of the broader crackdown on online misconduct stemming from the “Marines United” nude photos sharing scandal that came to light in March, Marine officials told the Washington Post on Friday.

The two Marines, a junior enlisted serviceman and an NCO from the 2nd Battalion, 4th Marines out of Camp Pendleton in California, reportedly “made demeaning comments about one of their enlisted leaders” on social media, according to the Post. Both were reduced in rank and had their pay diminished.

“The Marines and Sailors of 2nd Battalion, 4th Marines do not tolerate personal attacks on their Marines, online or elsewhere,” Lt. Col. Warren Cook, the unit’s commander, told the Post in a statement. “This kind of behavior flies in the face of our service’s core values and this organization refuses to condone it.”

When reached by phone, Marine Lt. James Tetreault at Camp Pendleton confirmed to Task & Purpose that the incident in question was not directly related to the activities of the 30,000-plus Marines United Facebook group whose existence was revealed by a War Horse and Reveal News investigation in March. The group, where members shared explicit photos of servicewomen, civilians, and female veterans without their consent touched off a public outcry about sexism and abuse within the armed services.

The two Marines at Camp Pendleton appear to be the first active-duty troops punished for their online conduct under the new social media guidance. To date, no Marines directly related to the Marines United scandal have been disciplined.

As of March 17, at least 700 active-duty Marines and 150 reservists were identified by the Naval Criminal Investigative Service as members of Marines United, Democratic Rep. Jackie Speier of California told the press while introducing legislation to update the Uniform Code of Military Justice to “explicitly prohibit the dissemination of non-consensual pornography.”