At least 30 active-duty service members could face punishment as a result of the “Marines United” nude photo scandal that... 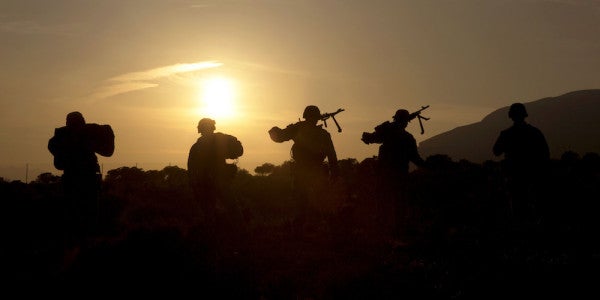 At least 30 active-duty service members could face punishment as a result of the “Marines United” nude photo scandal that rocked the U.S. armed forces in early March, a Corps spokesman announced Friday.

The Naval Criminal Investigative Service has identified dozens of Marines “with online misconduct that did not rise to the level of felony criminal activity,” according to Marine Corps Times. Those Marines could face disciplinary measures ranging from administrative action to courts-martial, at the discretion of the accused Marines’ commanding officers.

At least one active-duty Marine has been charged with a felony offense in connection with the non-consensual distribution of explicit photos in the aftermath of the nude photo scandal. Theophilus Thomas, a 39-year-old master sergeant assigned to the 2nd Marine Aircraft Wing at Marine Corps Air Station New River, was arrested by police in Jacksonville, North Carolina, in late April and charged with “disclosure of private images.”

Thomas’s arrest came the same day acting Navy Secretary Sean J. Stackley declared the non-consensual distribution of explicit images by Navy and Marine Corps personnel a violation of Navy regulations, a visceral condemnation of the activity at the center of the the 30,000-member strong “Marines United” Facebook page that sparked public outrage at the military’s apparent culture of sexual abuse and exploitation.

At least 700 active-duty Marines had been identified as members of “Marines United” by NCIS as of March 17, according to Democratic Rep. Jackie Speier of California.

As Task & Purpose previously reported, Article 120(c) of the UCMJ expressly prohibits “indecent viewing, visual recording or broadcasting… another person’s private area without the person’s consent” — a transgression punishable by punitive discharge, confinement, and forfeitures that could result in the loss of veteran benefits.

As of April 28, NCIS had not specified whether any Marines had already faced some sort of disciplinary measure.

“Due to the sensitivities of ongoing investigations and respect for the independence of the individual commanders' accountability process, specific disposition information will not be provided,” Marines spokeswoman Capt. Ryan Alvis told Marine Corps Times.