Military investigators have identified 27 individuals they believe engaged in “criminal activity” involving the non-consensual sharing of explicit photos of... 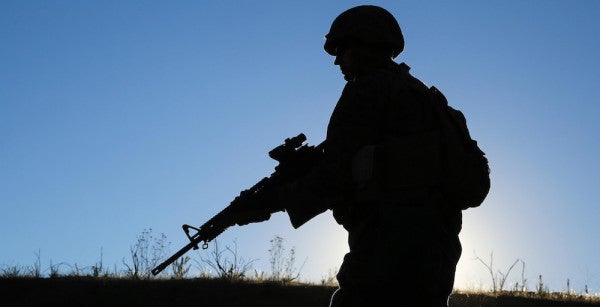 Of the suspects identified by NCIS, 15 are active-duty Marines. Another 29 servicemen “could be disciplined for non-criminal behavior online,” according to Marine Corps Times.

Another junior enlisted service member and non-commissioned officer were also demoted under the Corps’ new social media guidance, updated by Commandant Gen. Robert Neller after the revelations surrounding the 30,000-strong “Marines United” group. Task & Purpose confirmed Friday that the punishments for those two Marines were not directly related to the NCIS investigation into the “Marines United” group and its role as a digital underbelly of a culture of sexism and misogyny festering within the Corps.

Rather, the two were disciplined for posting derogatory comments about senior enlisted officers on a social media page entitled “United States Grunt Corps,” according to Marine Corps Times. The two Marines were demoted a pay grade and saddled with 45 days of military restrictions and punitive duties.

They won’t be the last: At least 700 active-duty Marines had been identified as members of “Marines United” by NCIS as of March 17, according to Democratic Rep. Jackie Speier of California.

The other cases are “working their way through the pipe,” NCIS investigators told ABC News on Friday.

“This is about actions that are disrespectful to or intended to harass, demean, and degrade Marines,” the assistant commandant of the Marine Corps, Gen. Glenn Walters, told the media in a statement Friday. “These actions are attacks on our core values, unit cohesion, and good order and discipline. We are committed to holding those who commit such acts appropriately accountable.”

CORRECTION: An earlier version of this article incorrectly referred to the assistant commandant of the Marine Corps as Gen. Glenn Waters. His last name is Walters. (Updated 4/10/2017; 9:30 am).