COUNTERPOINT: Information Is Not Intelligence

As we veterans leave the service after a decade of war winds down, we struggle with questions about our future.... 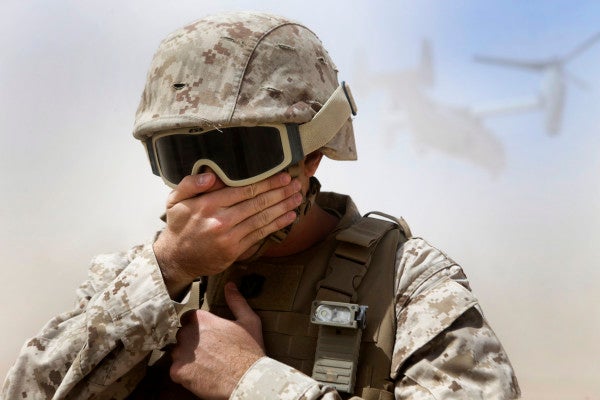 As we veterans leave the service after a decade of war winds down, we struggle with questions about our future. What makes us marketable in the civilian world? In response, many of us are turning to college to obtain that marketability.

In her article, “Here’s How To Make College Your Next Mission,” Kate Taylor Logan leaves quite a few questions unanswered about college and does not provide much analysis for her recommendations. In reading the article, I felt that she was using her own anecdotal experience to infer that her experience was THE experience. I would like to point out various statements made by Logan and address them each individually.

I am always astonished at how many of them are not using any of their GI Bill, especially the active-duty veterans since under the post-9/11 GI Bill they would get paid to go to school!

This statement seems to suggest that veterans who served in the Reserve or National Guard would not have access to stipend payments if they used the post-9/11 GI Bill. However, according to the Department of Veteran Affairs, eligibility ties to cumulative active-duty service. The key word here is cumulative. According to a comprehensive analysis over at Iraq and Afghanistan Veterans of America, service members with as little as 90 consecutive days of active-duty time receive some sort of living allowance. Reservists and National Guardsmen/women have cumulative active-duty time, many times more so than an active-duty service member who does one pump and hits the street. If anything, we should consider the post-9/11 GI Bill an equalizer compared with the dueling Select Reserve and Active Duty Montgomery GI Bill, which were, in my opinion unfair and biased. Conversely, the post-9/11 GI Bill provides benefits to those who have skin in the game.

Let’s face it, the military is not full of academic enthusiasts. Sure, some of us joined for the college money, but a majority of us signed up when bartending seemed like a more viable career than biology after high school.

You made it through the military, so take on a little more of a challenge than the ‘Anyone Can Do It’ online University.

In short, I would argue that veterans should stay away from schools that offer a quick and painless education regardless of whether they are online or have brick-and-mortar locations. College is supposed to be difficult. My master’s of public affairs was mostly online and I would not trade that education. It is a poor decision to limit your academic career to a brick-and-mortar school simply because you have to sit in the classroom and someone told you online is crap. Crap is everywhere. Go with what suits you, but do not be taken for a chump.

Night classes are great for those who work full time during the day, but can be much harder to motivate yourself to attend.

I am just going to leave this one right up here. I have never once heard a vet, or any college student for that matter, say, “I am super motivated for this 8 a.m. class.” The opposite is more often true, in my experience. Additionally, a study conducted in 2011, argued that students appeared better at insight-driven problem solving in the afternoon and “had a higher insight-problem solution rate” than morning participants. If you are better in the morning, take classes in the morning, if not, then don’t. However ambitious, taking morning classes may end up hurting individuals rather than helping them.

As we celebrate the 70th anniversary of the GI Bill might I remind you that the post-WWII era of veterans changed our country’s entire disposition and helped to foster one of the greatest economic periods in U.S. history because they used the advantages given to them.

This statement, though generally true, is hyperbolic in the context in which Logan wrote it. The greatest generation was able to foster prosperity based on a number of factors, education only being one of them.

We should encourage veterans to expand their education; I agree with Logan’s goal. However, using anecdotal information to inform and persuade readers does a disservice to those readers. Additionally, without informed analysis of verifiable information coupled with well-reasoned arguments we lose credibility with our audience. I hope that Logan and readers take my critique as constructive rather than divisive.

Rick Schumacher served as a PSYOP Team Leader in Northern Iraq (2003-2004). He is a graduate of the Hauptmann School of Public Affairs with an MPA in Disaster and Emergency Management. He is a Tillman Military Scholar and is developing the Community Vanguard Initiative, a veteran-focused organization centered on community engagement in emergency management. Follow him on Twitter @rickslastchance.