If three colleges owned by a for-profit education company facing bankruptcy, the closure of all its campuses, and a long... 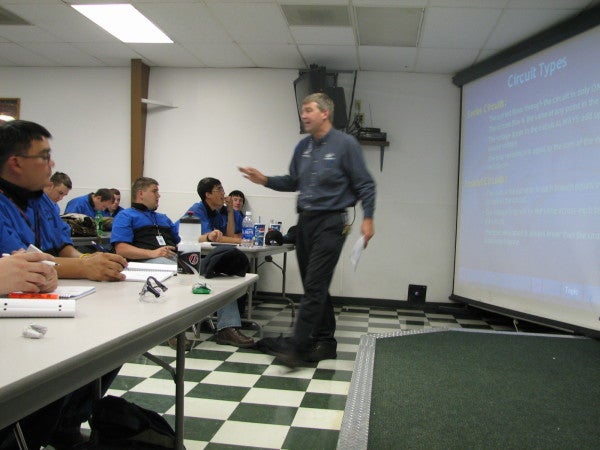 If three colleges owned by a for-profit education company facing bankruptcy, the closure of all its campuses, and a long history of substandard education and graduation rates can’t be put on a “not recommended” list, who can?

When Student Veterans of America placed Everest College, Heald College, and WyoTech on their list of colleges that veterans should avoid back in July, it was a first for the organization. The three schools, all subsidiaries of Corinthian Colleges Inc., certainly seemed likely candidates for such a list.

Despite a plan finalized with the Department of Education to sell or wind down all 107 of its campuses, Corinthian has continued to seek new students, even sending recruiters to U.S. military bases.

“I am disappointed to see institutions engage in such irresponsible behavior,” said SVA President and CEO, D. Wayne Robinson in press release announcing the “not recommended” list on July 21. “Even in a period of great uncertainty, these schools are on active duty installations recruiting students, while thousands of veterans and service members already enrolled face an unclear future.”

SVA had tried to reach out to Corinthian for an explanation over its continuing recruitment, but Corinthian didn’t respond.

However, this small move was met with criticism. A joint letter from WyoTech school officials in Blairsville, Pennsylvania, and Laramie, Wyoming, said, “SVA should check its facts and talk with our student veterans before blacklisting our campuses and making inaccurate statements to the public.” The letter made no mention of the schools impending closure.

A spokeswoman for the Veterans Affairs Department told the Military Times that the VA “neither endorses or approves” lists such as the SVA’s; rather, encourages students to use VA’s G.I. Bill Comparison tool to select colleges that meet benchmarks set by 2012 executive orders.

Already facing declining enrollments and a revenue crunch, the company received the final nail in its head when the Department of Education put a 21-day hold on federal funding due to Corinthian failing to release timely financial reports to the agency. This is part of a series of investigations on the company, from the Government Accountability Office to the U.S. attorney’s office in Los Angeles, California.

Corinthian Colleges has long depended on federal aid programs to survive, and the G.I. Bill is no exception. Since the new Post-9/11 version of the bill was introduced in 2009, the company has received $186 million in G.I. Bill funds.

This is only part of the largess Corinthian has received from the federal government. According to an extensive report issued by the Senate Committee on Health, Education, Labor, and Pensions, even after excluding the G.I. Bill, Corinthian Colleges received 81.9% of its revenue through federal aid programs. Over $500 million in Pell grants were received by the school in 2010 alone.

All this money is going towards schools that are both very expensive and very substandard. The Senate report noted that a medical assistant’s certificate at Heald College-Fresno cost $22,275, compared to $1,650 at Fresno City College. An associate’s degree in paralegal studies from Everest College in Ontario, California, cost $41,149, compared to $2,392 at the local Santa Ana College.

The Senate report called the Corinthian programs the most expensive it surveyed, and the 1500% premium doesn’t seem to buy much. More than 80% of the faculty are part-time adjunct professors, and there is a noted lack of academic integrity and rigor. GAO employees enrolled in some courses as part of an investigation. They simply cut and pasted articles from Wikipedia, and usually received A’s and B’s for grades.

Placing these institutions on a “not recommended” list is a start for SVA, but a very tepid one. The fact that these schools have gotten away with so much for so long with practically no oversight is outrageous, considering the billions of dollars in federal money involved. Veterans and other students deserve better than a barely legal racket. But the good times may be over for the for-profits as people wake up to the game. Corinthian Colleges’ sudden implosion is a good beginning.