An article published in the Atlantic looks at how some for-profit colleges target veterans and their families in order to... 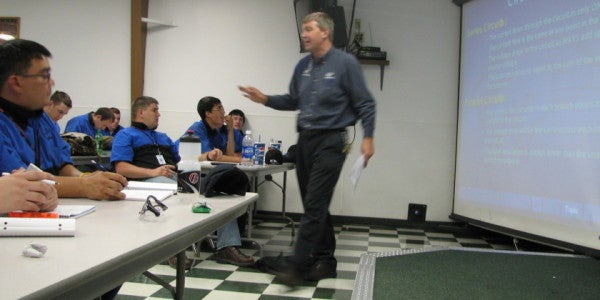 An article published in the Atlantic looks at how some for-profit colleges target veterans and their families in order to take advantage of an education benefits loophole. For-profit schools are prohibited from receiving more than 90% of their tuition from government aid, but this does not include funds from military students, which has led some for-profit schools to disproportionately target veterans who have access to Post-9/11 G.I. Bill benefits.

“There are too many for-profits that are more interested in getting the dollars, picking up the revenue … adding to their bottom line,” said Delaware Sen. Tom Carper, a sponsor of the Military and Veterans Education Protection Act, a bill aimed at closing the loophole. The bill has been introduced a number of times since 2012, but as of yet, has never gotten a vote.

Senate research shows that in the past five years, 40% of post 9/11 G.I Bill tuition benefits have gone to the private sector. As opinion toward for-profit schools begins to shift, this could mean the bill, which was reintroduced on Wednesday, could have a chance of passing.