The Green Beret Who Never Slowed Down After The Military

Manny Parra doesn’t have a personal motto. However, if he did, it would be “Go hard.” This 29-year-old former Green... 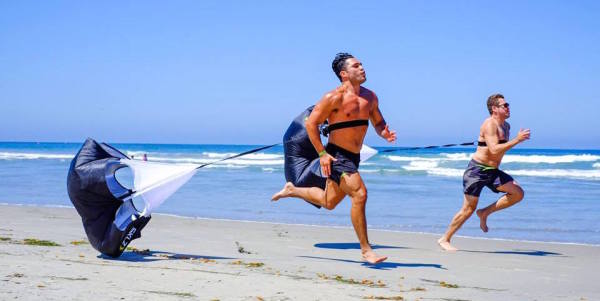 Manny Parra doesn’t have a personal motto. However, if he did, it would be “Go hard.” This 29-year-old former Green Beret has managed to leverage every opportunity to push himself, out working and out learning his peers. This approach led him to starting his own fitness company, Revive, which makes it easier and cheaper for people to find and join group exercise classes.

Ten years ago, Parra was lacing up issued boots for the first time. Five years later, after multiple deployments and over 75 combat missions, he finally took off those boots and charged headfirst into the next chapter of his life. His time both in and out of uniform offers practical tips for others who want to transition successfully.

Parra lives in San Francisco, where he moved to attend the University of San Francisco after getting out of the Army in 2010. He also decided to break into the tech scene as early as possible. This led to a full-time marketing job with a startup that had recently gone through the well-known Y Combinator incubator.

That meant long days and even longer nights. Parra took things to the next level.

“I remember taking a full course load [16 semester-units] with full time work [40 hours a week] and periodically flying across the country to work with Fortune 500 companies,” Parra told me recently in an interview.

He didn’t slow down at all when he got out of the military.

Manny Parra smiles at his graduation from University of San Francisco in 2015.Photo courtesy of Manny Parra

While at the University of San Francisco, Parra took advantage of three financial programs: the Post-9/11 G.I. Bill (including the Yellow Ribbon Program), federal student aid, and private scholarships. This allowed him to attend an expensive private university without dipping much into his savings. A small amount of time invested in applying for grants and scholarship paid off big.

While in school, Parra’s work schedule sometimes kept him from taking tests at the same time as other students. That meant he had to convince his professors to give him special treatment if he wanted to avoid flunking out of school.

The solution? Building rapport with every teacher from day one so he could call in favors when needed. Parra didn’t accept the standard role of a student; he built something that worked for his goals.

When Parra graduated from Special Forces Qualification Course in 2007, he only spent four weeks at his new duty station before being shipped to Iraq.

“It was a surreal experience,” he recalled, “going from training, which felt real, to combat which was actually real.”

But Parra survived, and that same intensity helped him build Revive from a business plan he pitched in a college class to a fast-growing startup that’s currently working at Runway, a prestigious San Francisco-based business incubator with a sub-10% acceptance rate.

Now comfortable in his role as chief executive officer of a health and fitness startup, Parra can see how his military experience prepared him in many different ways for this difficult work. “The fast pace and dynamic environment are intense,” he said. “It’s sort of like being back in the Green Berets. Well, without all the guns and explosions.”

That doesn’t mean he recommends every veteran start their own business, though. Pursuing an education after leaving the military is the best way to figure out what to do next, according to Parra: “The particular path I chose is extremely risky and isn’t cut out for everyone.”